Longtime hiking buddies, Kevin and Yolanda, invited me to join them on this ascent of Miaspoort to Huguenot Peak. We had not been out on an adventure together for some time, so the reunion was welcome. The climb from the old Du Toitskloof Pass road is quite strenuous. A midsummer day threatened to heat up appreciably later, so I, for one, was relieved to climb the steep gulley to the “poort” in a breeze and under some cloud. Once we breasted the saddle, it was windless. We looked down over the N1 winding through the kloof and the zig-zag pass above the Kraalstroom River to the right that takes one to Agter Tafelberg hut. In the distance Du Toits Peak towered above the rest of the Limietberg range. To the left we could see the peaks above Kromrivier Hut, where members of the mountain club were embarking on the annual abseil descent of Kromrivier on the same day. The clear path then curves south and west with a gradual gradient to Huguenot Peak (1318 m ASL). The total gain in elevation to this point is about 860m.

Slightly below and to the west of the peak, overlooking the Paarl valley, an enormous stainless steel cross dominates the view. It is the fourth version of the initial wooden cross that was erected by Italian prisoners of war in memory of their compatriots who built the pass. The inscription reads:

Approximately 1500 Italian prisoners of war helped build the Du Toitskloof Pass from the end of 1942 to August, 1945. On the 2nd February, 1945, four Italians erected a wooden cross on Huguenot Peak in memory of those who built the pass. Under guidance of Hermanus le Roux, the farmers of Klein Drakenstein maintained and replace the cross whenever necessary.

This stainless steel cross, the fourth to replace the original, was erected in October 1984 by the inhabitants of Paarl as a gesture of goodwill to the people of Italy. 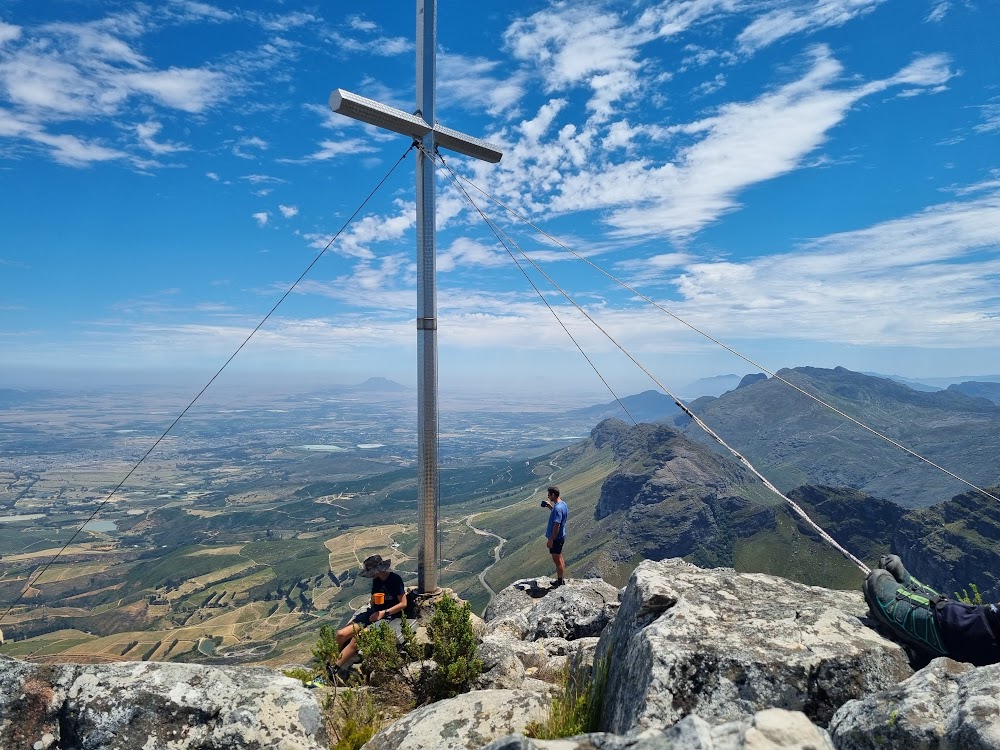 After we had rested at the cross with the mercury edging above 30°C, I realised that Kevin had a “surprise” in mind, something he had alluded to cryptically in the invitation. Instead of retracing the path, we veered off into some grassy valleys and eventually arrived at a small shelter constructed in a rocky cleft (I have deleted the track to this place because there are already signs of vandalism). The shelter is almost impossible to spot until you are literally standing above it. It features a small fireplace and chimney, a doorway and window opening, and could sleep two people very snugly. Its location shelters one from any of the prevailing Cape winds and it commands spectacular views to the mountains and valleys to the east. As a cryptic clue: there are two, old Breede River Yellowwoods that mark the spot. 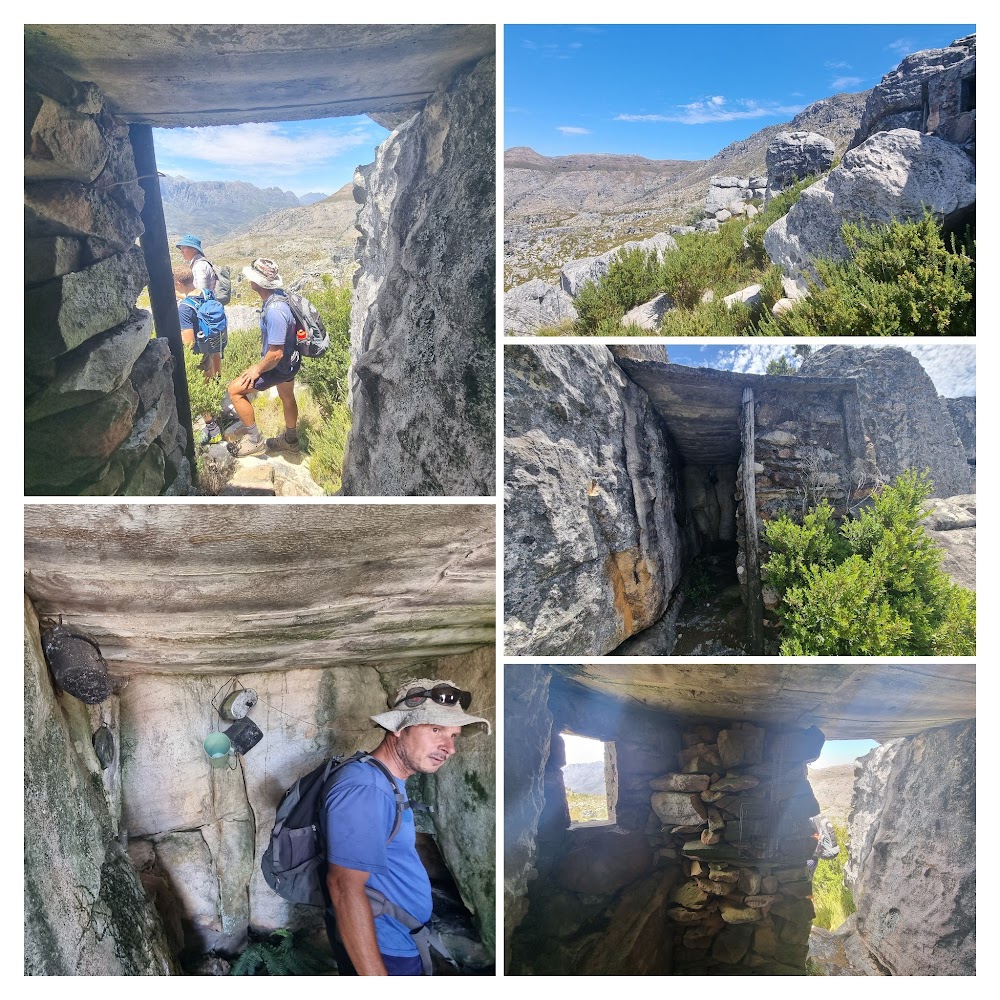 According to the old notebook in the shelter, placed there by self-appointed custodian of the shelter, Pim Stalling, it was also constructed by the POWs and Mr Stalling and friends had maintained and repaired it from the late ’60s through to the early ’80s. The book contains notations from 1951 (if I recall correctly) and regular notes up until the ’90s, when the entries become sparser. I think that the last entry was in 2014, and then suddenly during and after the pandemic there have been more visits, including one by Kevin and Ryan who stumbled upon it. A particularly interesting entry is by Ernst Lotz and friends on 4 November 1984, who celebrated finding it with: “Eureka! After 40 years of searching, found hut.” His maths might have been a little out, though. Ernst, a legend in MCSA and Stellenbosch mountaineering circles, was the author of the seminal guide to the Jonkershoek mountains, Jonkershoek en sy berge: ‘n gids vir klimmers en stappers.

At the top of Miaspoort there is an enormous rock cairn, or the remains of some construction. If someone has any information about it, I would be interested to know.