Mountain man, Paul Verhoeven, has been the de facto custodian of my adventure bucket list, although he is unlikely to know this. It was he who pointed out the gaps in my admittedly-very-short list of abseil adventures, and insisted that the popular kloofing trips on the MCSA’s calendar should be completed in a single year. This was a few years ago, but the now-infamous back surgery intervened and it is only after two years that I felt confident enough to tick another one off the list.  Ever-persevering, Paul proposed another Kromrivier Kloof trip and invited a few of us along, and so, despite small pangs of apprehension, I was in.

Kromrivier enters the Smalblaar River in Du Toitskloof near the old tunnel, and its upper reaches descend rapidly over a few hundred meters from the little bowl that hosts the MCSA’s Kromrivier hut. Some of our party overnighted at the hut with other members who were somewhat disappointed that the trip was “full”. The rest of us elected to sleep at the Du Toitskloof hut near the mouth of the new tunnel, and leave a vehicle there, otherwise the logistics can be a bit tricky.

The kloof does not see much sunlight and the water is cold. And when you’re abseiling in a waterfall, or waiting for your turn or unthreading the figure-of-eight while floating on your back, you don’t want to be cold. So we all wore wetsuits which removed at least one stressor from the adventure. As you descend, the abseils get higher and sheerer, finally culminating in a huge 100m, double-pitch descent down a waterfall that arrows into the deep, black Kromrivier Pool. From there it’s a 5km hike out of the gorge.

In all it was a fun summer’s day with a relaxed party and the ever-calm and assured leadership of Paul. And my back? It felt better than it had the whole week at work where sitting does it no good. Walking and cycling always make me feel whole.

The better photos on this page were taken by Theo Odendaal, a visitor from the Magaliesberg section. 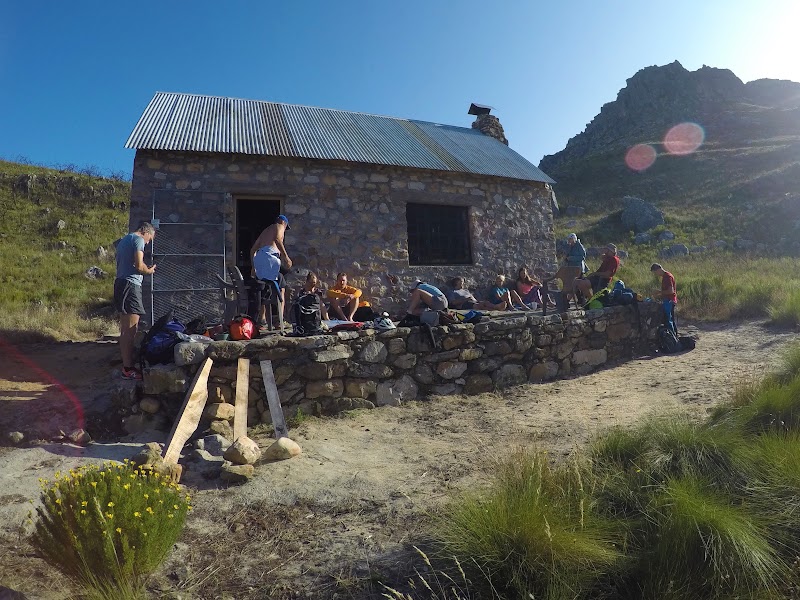 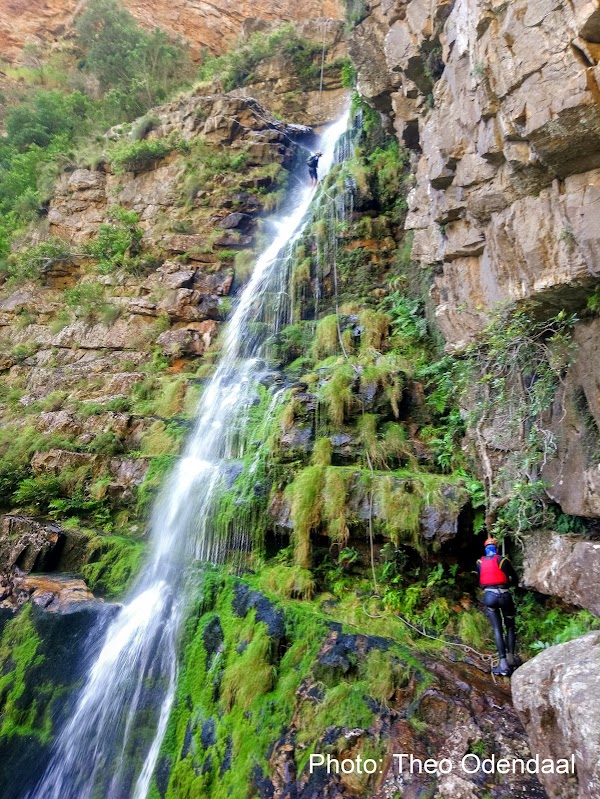 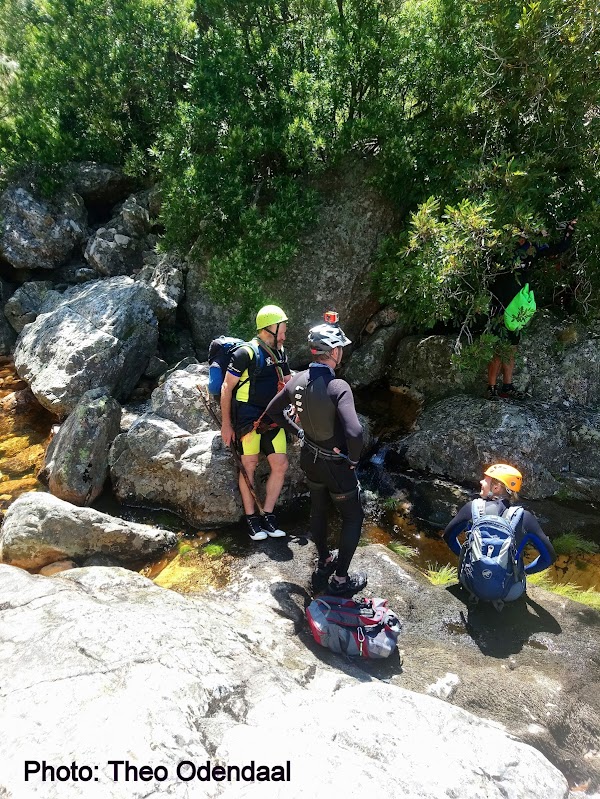 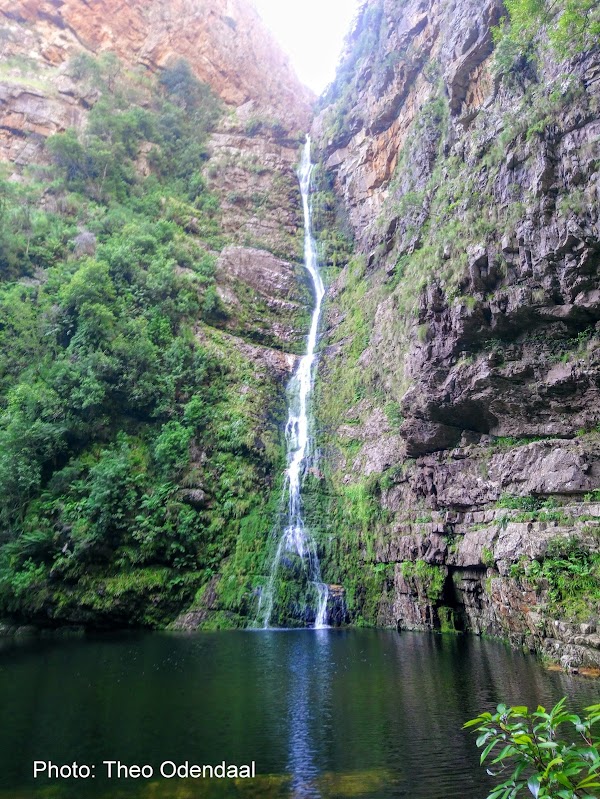