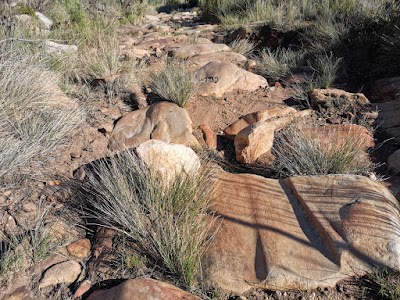 on Saturdays to shoot drone video as it winds its way up Sir Lowry´s Pass – sometimes without success either because of excessive wind or arriving either too early or too late for the train. On this Saturday, the wind was howling unexpectedly at the viewpoint, my intended dronepad, so, as not to chalk up another wasted trip, I decided to hike the couple of kilometres to the old Gantouw Pass. I had often read about it, but never been there. From the viewpoint it´s an easy walk, although crossing the N2 here is hazardous. The trail was part of the original Boland Trail, but the sector was removed after the deaths of some hikers due to adverse weather conditions, apparently

Gantouw Pass is remarkable for the preservation of the ruts in the sandstone gouged by the ox-wagons´ locked, rear wheels as they were dragged over the precipitous pass. Wagon traffic peaked at about 4 500 wagons per annum by 1821, with a 20% rate of attrition. The first recorded crossing is dated 1664. The new pass, Sir Lowry´s Pass, was completed in 1830 and Gantouw Pass was declared a National Monument in 1958.

Before the European settlers began using the pass, it was a migration route used by eland, Africa´s largest antelope, and the indigenous people. These Khoi people came to be known as ¨Gantauwers¨, people of the eland. The change in spelling intrigues me: the Dutch would have spelt it as ¨Gantaauwers¨, so ¨Gantauwers¨ seems to be a corruption from which the name Gantouw is derived. The latter change in spelling probably stems from the ¨Afrikanerisation¨ of Dutch place names that took place in the mid-20th century when Blaauwberg became Blouberg, and Gantaauw or Gantauw became Gantouw. Anyway, I am not a linguist, so take my conclusions with a pinch of salt. Perhaps an Afrikaans-Nederlands academic can set the record straight in the comments below. 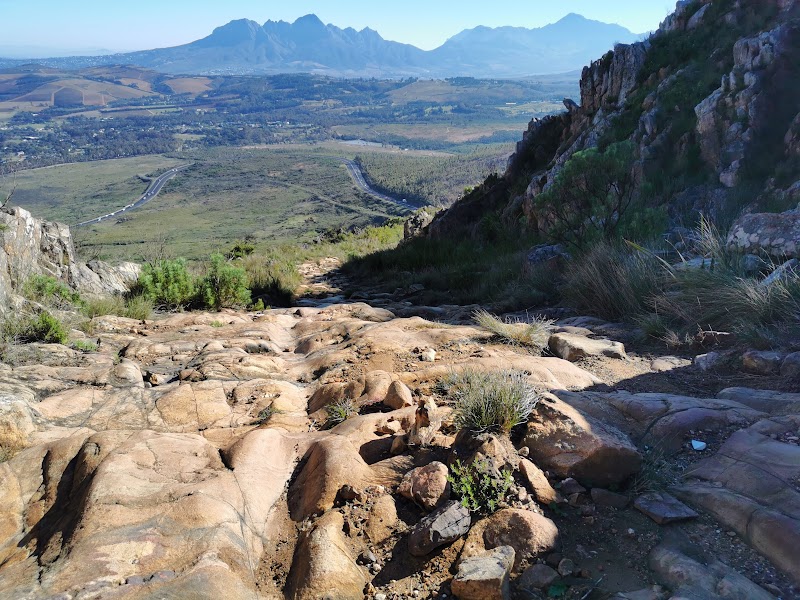 I recommend the following sources: 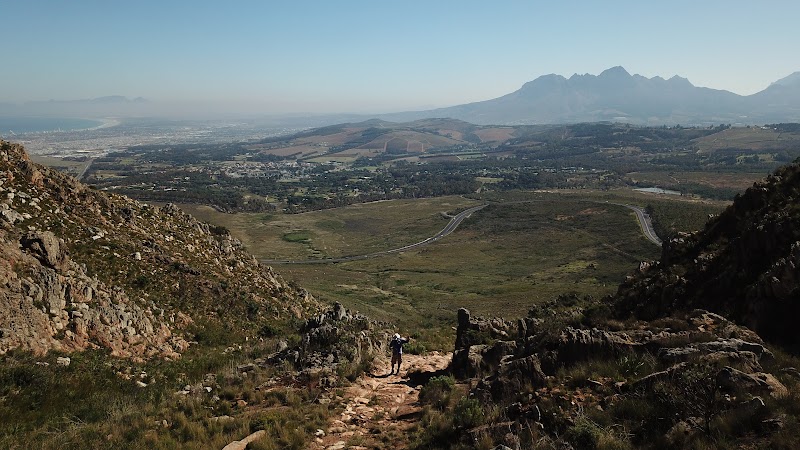 Oh yes, the train video? When I started descending Gantouw to scout for future shoots, I saw the black smoke from the loco approaching Sir Lowry´s Pass Village. There also seemed to be less wind here, so I quietly waited for the train to strain up the winding gradient and shot some decent video. In places, the drone was being buffeted by gusts so there seems to be camera gimbal vibration sometimes. The train also obligingly stopped below my vantage point to build up steam for the final assault, allowing me time to do various flyovers. Anyway, the results can be viewed below: