Kevin had suggested a hike that has long been on our list: the Wemmershoek Traverse from Mont Rochelle above Franschhoek across the Wemmershoek mountains to the MCSA’s Agtertafelberg hut. When the designated weekend arrived heavy rain was forecast so departure was delayed for a day. In the meantime I had also decided that it was probably unwise to tackle a tough hike with full pack and a fractured rib. So I volunteered to stroll to the hut from Du Toitskloof and spend two nights there, one alone and the second with the group, and then walk out and ferry them back to Stellenbosch.

The plan worked seamlessly for me: I spent two blissful days at the hut in solitude and great weather. Agtertafelberg hut is probably the Cape Town section’s crowning jewel as far as huts go, beautifully situated above the Elandspad River, well designed and equipped, with walks and peaks in every direction. It is located on a parcel of land which was donated to the club by the owner of Elandspad farm about 52 years ago.

But while I was chilling the group hit a black south-easter on their first day near Perdekop, a place notorious for Kevin and me after a similar episode some years back. The wind drove the rain horizontally and temperatures plummeted to such an extent that the wise, experienced heads, Paul and Kevin, decided that they would ride it out in their tents from about 1 pm. Only 10 km away as the crow flies, I was enjoying sunny weather and a coolish breeze.

Anyway, the next day the group arrived safely in warm sunshine, having decided not to cross over Winterberg, but over Wemmershoek Peak.

The MCSA looks after its parcel of land diligently, but I was shocked at the level of invasion by Hakea sericea on the surrounding farmland, land which is not cultivated in any way. It is everywhere and its density is the worst I have seen in the Boland mountains. A massive fell and burn campaign is required. Felling kills the tree but the many seeds will germinate during the next winter so that a follow-up burn is necessary to kill the saplings. Attempts at biological control have had mixed results, it seems. Although landowners are required to control invasives, there appears to be no appetite to enforce legislation, so that the maintenance of biodiversity is dependent on the conservation sentiments of landowners. 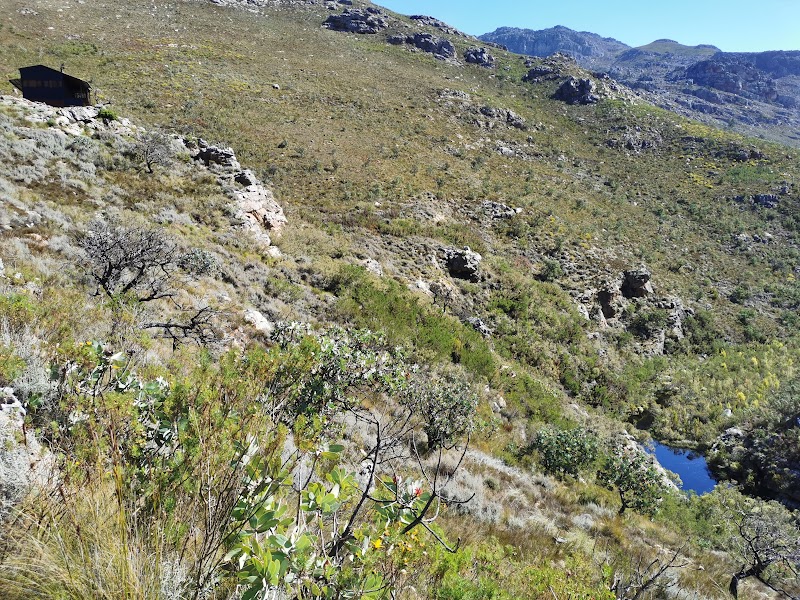 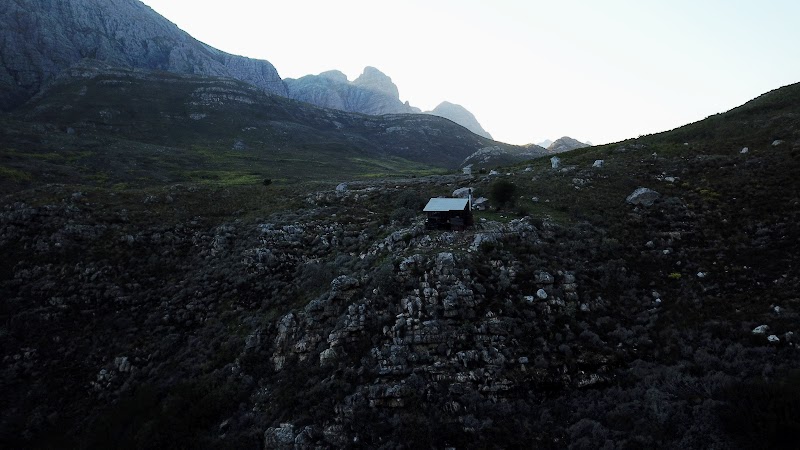