After an absence of five years, a cycling trip to the Baviaanskloof was required. We planned it according to our usual, proven format: a small group of riders (6) who are accompanied by two vehicles (2 drivers), short to moderate distances per day and a leisurely pace with many stops for tea, photos, etc. Although I had instigated these private tours back in 2014, Magriet took the initiative and did all the organising this time, based on the recent trip she did through the kloof. Consequently, we stayed at places I have never been to on previous tours. The Baviaanskloof has a great diversity of accommodation in magnificent locations.

In hindsight, although our itinerary prioritised time in the core wilderness area (no, we saw no buffalo), tackling Grasnek and Holgat passes – and the sharp climbs in the vicinity of Rooihoek and Doodsklip – in a single day, may have been a little too much for weekend warriors and occasional cyclists in their mid-60s. But we compensated by cycling two very short, downhill days in the scenic eastern end of the kloof. In all we cycled 150 km over 5 days, ascending 1534 m and descending 2593 m. Yes, the kloof descends from west to east. The weather was perfect throughout: sunny, pleasantly warm and windless.

It is amazing that on all these tours we have had no serious mishaps or injuries to cyclists, although we have had the odd mishap in the past with the vehicles and trailers. However, cumulatively, I did eventually trash my bike’s drive train (replacement had been deferred), broke a rear wheel spoke and saw the crack in the rear rim creep a mm or two. However, I was able to complete the tour and survived the downhills without any catastrophic failures. The carbon Silverback is an amazing machine. 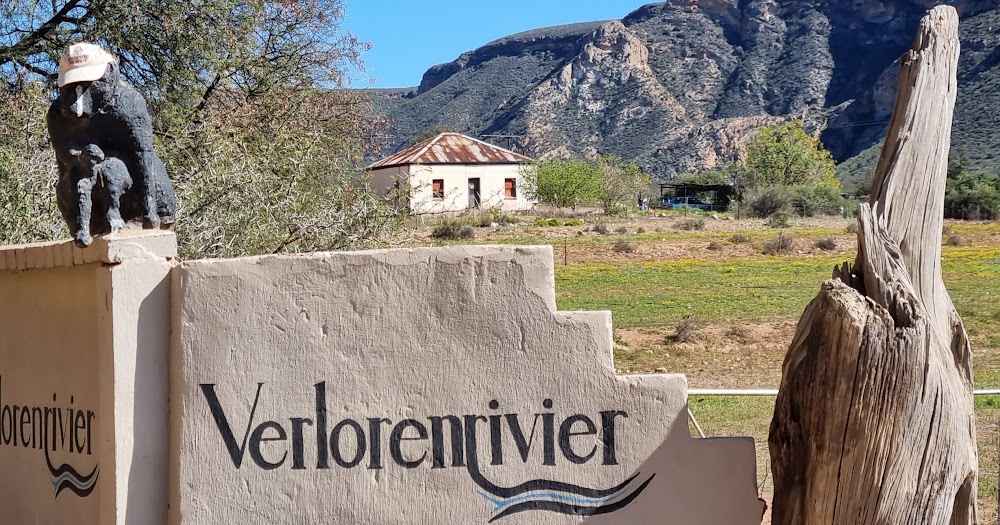 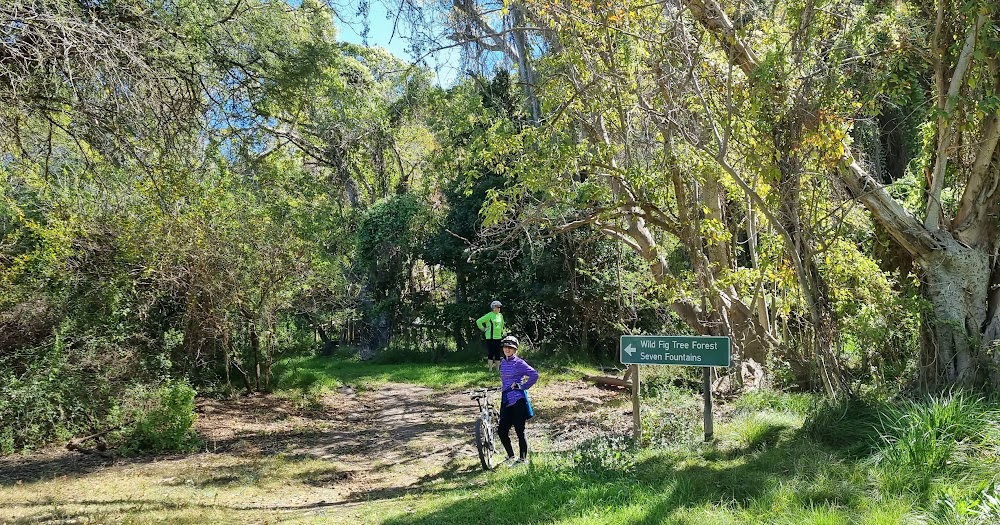 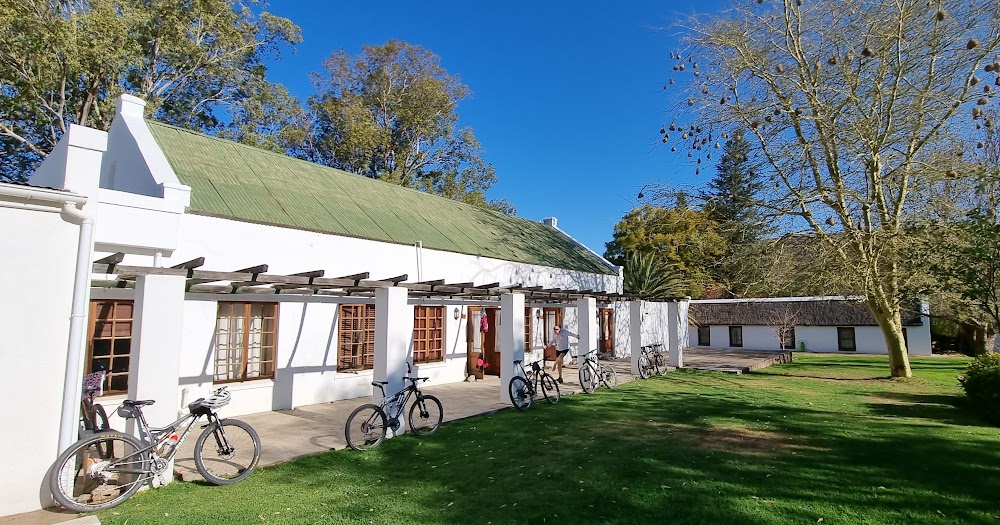 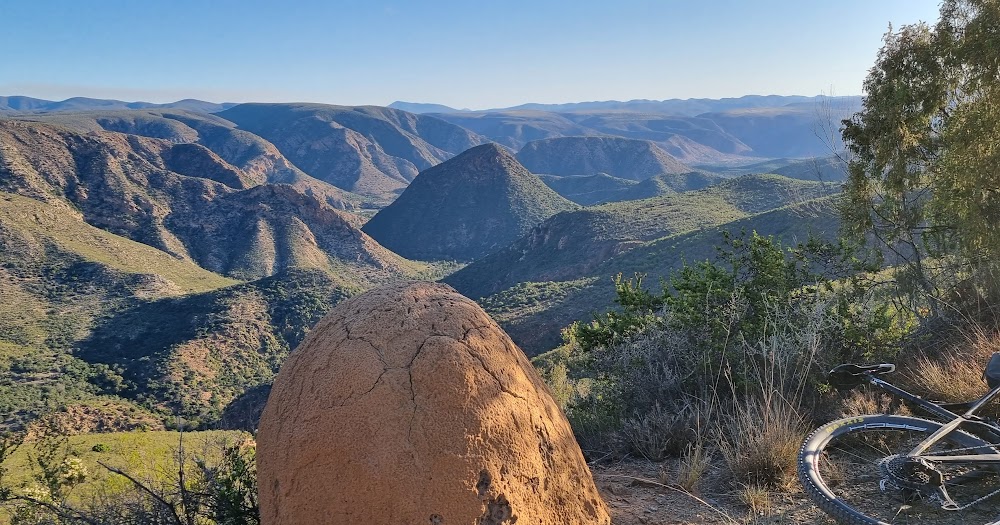 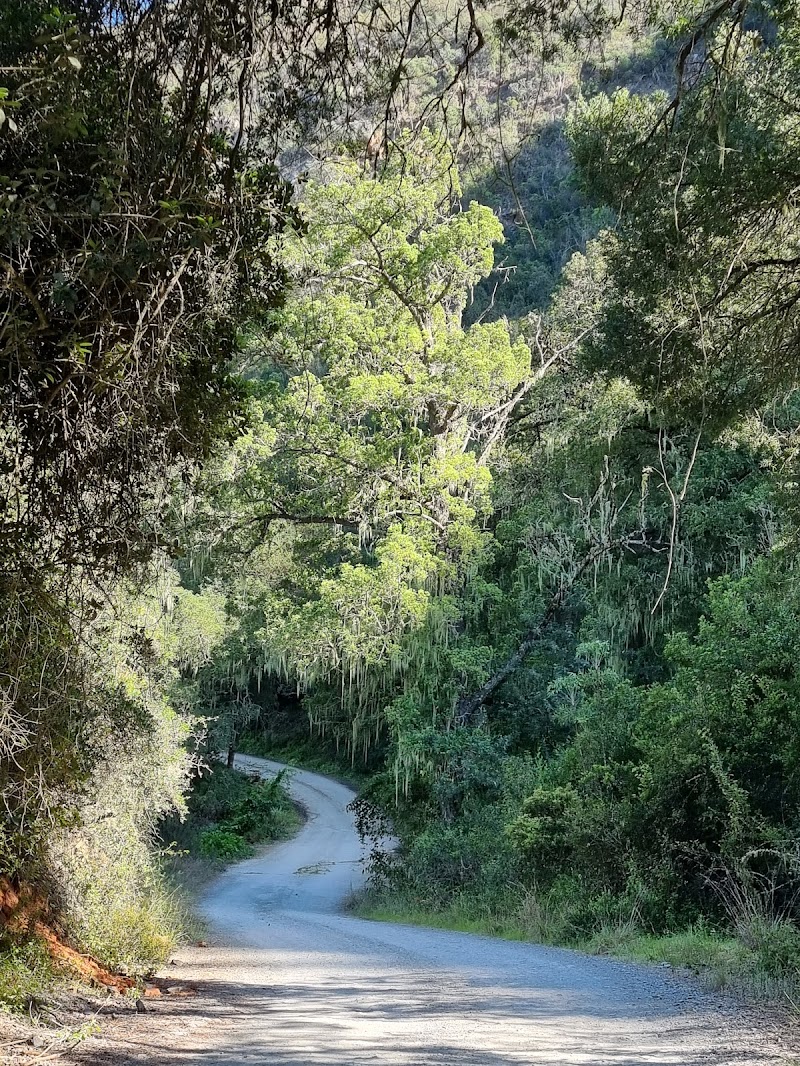 On the evening of our stay at Zandvlakte, the owner, Pieter Kruger, took some of us on a tour of his property which borders the wilderness reserve and explained the geology and how he and other farmers are collaborating with the Eastern Cape Parks Board (ECPB) to restore ecological processes. It was very educational and his passion and commitment are impressive. The farms are surrounded by protected area and perhaps the ECPB has shifted from purchasing farms to custodianship agreements with farmers. Pieter is very aware that the Baviaanskloof is a water catchment for about 7 million people in the Gqeberha area, but after years of overgrazing the kloof’s ability to hold water and release it slowly has been degraded. One of the mitigations is to restore spekboom (Portulacaria afra), but it does not recolonise by itself easily when the ground is stripped and barren, so he has planted thousands on the southern slope of his farm, where they are proliferating. He explained how important it is for the plants to develop a “skirt” that encourages grasses and other pioneer plants to gain purchase. The plants fix carbon above and below ground and on the organic matter organisms develop to make rich soil. Carbon allows the soil to hold water, which is slowly released. Goats and sheep destroy these “skirts”. In the riverbed branches of thorn trees are snapped to help form these “skirts”. Clearly this is an eco-engineering service that elephants would provide, were they still to occur here. 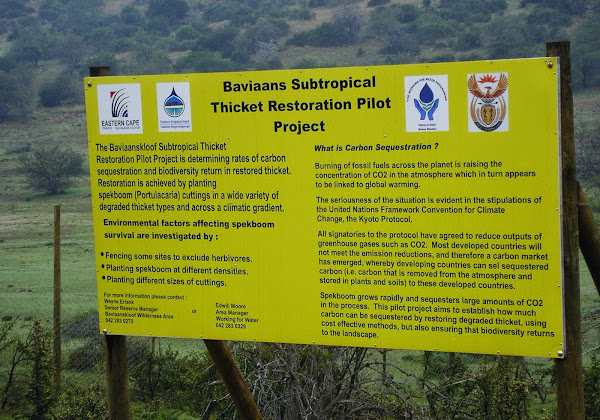 Spekboom carbon sequestration project in the Baviaanskloof in 2006.

The next day we cycled past a spekboom carbon sequestration pilot project near Rooihoek that I first saw in 2006 while walking the Eden to Addo Megahike. Back then the yellow board explaining the project was new (see at right), but now it is bleached and unreadable. The fenced site is almost devoid of spekboom now, and thus calls into question the efficacy of carbon offsetting over the longer term. I would guess that herbivores penetrated the site at some stage and ate the plants.

In the riverbed weir and gabion structures have been built to slow the flow and spread water into the floodplain – thus “decanalising” the river. (As an aside, I have seen the opposite occur in the Keisie River valley near Montagu where farmers turned the river into a fast-flowing ditch that allows floods to smash into the warmwater baths.)

On this tour, thanks to Magriet’s planning, we took more time to explore the surroundings, which made it more enjoyable in my book. As I have noted before, the big difference between cyclists and hikers is that cyclists race from A to B, while for hikers it is all about the journey between A and B. On this cycle tour we started to get the balance right. 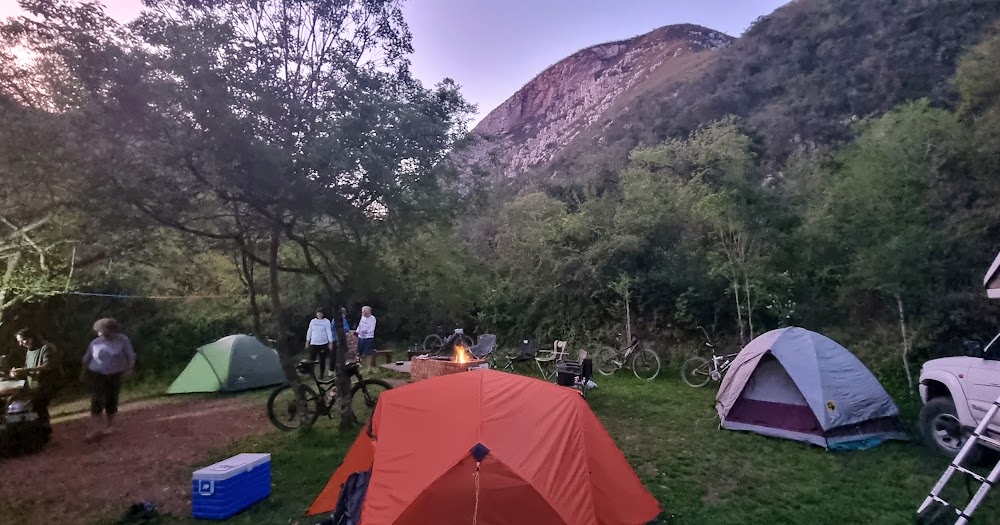 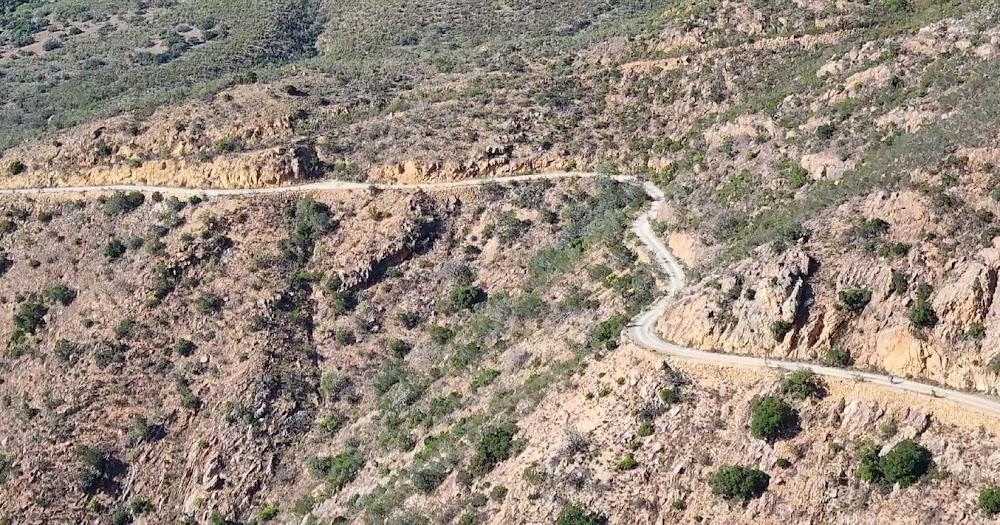