Some recent excursions up the Rooiels valley had shown that an old trail joins up with an old jeep track that ascends out of the Palmiet valley. A relatively easy, though long, walk is thus possible from Rooiels to Oudebosch/Harold Porter Botanical Garden, or vice versa. So, on the spur of the moment we decided to try it from Oudebosch or Harold Porter to Rooiels. Note that this is not a CapeNature-sanctioned trail, but we were happy and prepared to buy permits for the Kogelberg Trail which covers more than half of the traverse (note too that you cannot buy permits at Rooiels, but this would be a welcome innovation).

However, buying the permits proved a bit of a challenge. We first went to the Harold Porter Botanical Garden, because one can reach the Kogelberg Trail from there via the zig-zag path above Leopard’s Gorge. But the the garden can only issue a permit up to the border with Kogelberg. We wondered why CapeNature has not done a deal with SANBI to issue permits for the Kogelberg Nature Reserve. This would make a traverse from Harold Porter to Oudebosch easy too. So, off we went to Kogelberg’s Oudebosch offices. At the Kogelberg gate, however, we were informed that the reserve only accepts cash. “No signal” was the reason given, but previously their card machines had worked. Was this perhaps another consequence of the rolling blackouts? Well, we had no cash, but after some thought we remembered that since the pandemic it has been possible to buy CapeNature permits online. The wrinkle here is that you can’t buy a permit for the Kogelberg Trail online – but you can buy the Leopard’s Gorge Trail permit. We reasoned that it probably costs the same amount, so we made the online purchase. Wrinkle #2: the CapeNature site debited our card, but no promised email-with-permit-attached followed. That email only arrived around 10 a.m. the next day! I am still wondering what system business rules are at play in the booking engine that allows it to charge my card immediately but issue the permit 24 hours later.


Nevertheless, we were not to be denied. We had tried everything – and we had paid. So off we went, up the zig-zag path, along the western side of Platberg to the plateau at the top of Disa Gorge. This is the Kogelberg Trail, and where the trail descends into the Louws River valley and doubles back to Palmiet along a jeep track, if one instead follows the jeep track west to, and beyond, the Rooiels source, the track gradually fades out as it traverses a plateau from which Rooiels is visible to the west. Staying left of the stream that descends to the waterfall (a cascade of little falls), and crossing the stream higher up the cascade you will find the well-trodden path that leads to the Rooiels estuary. 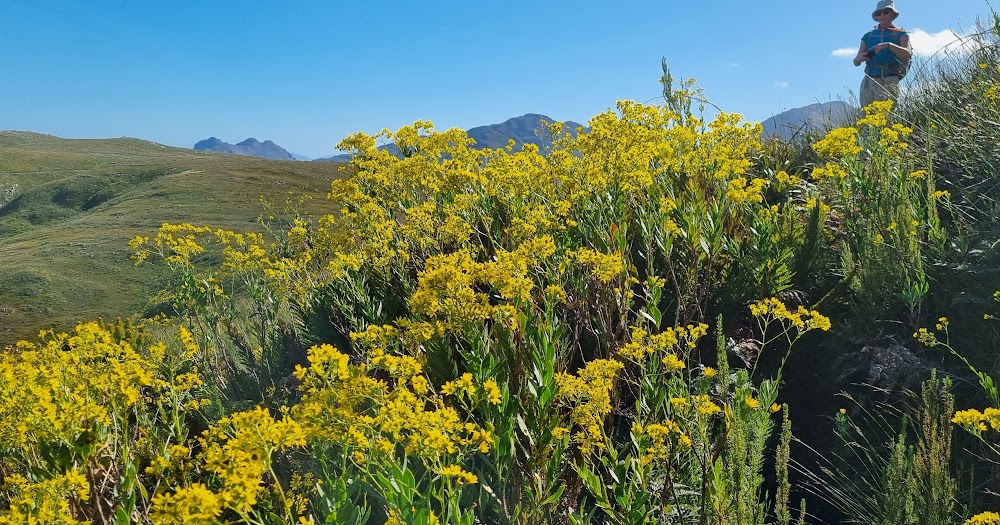 It was a magnificent hike on a magnificent day. A lot of fynbos is blooming in winter and it is striking how devoid of alien invaders this area is. In all we walked 22.4 km, climbed through 829 m and descended 837 m. The maximum elevation on the trail was 518 m. 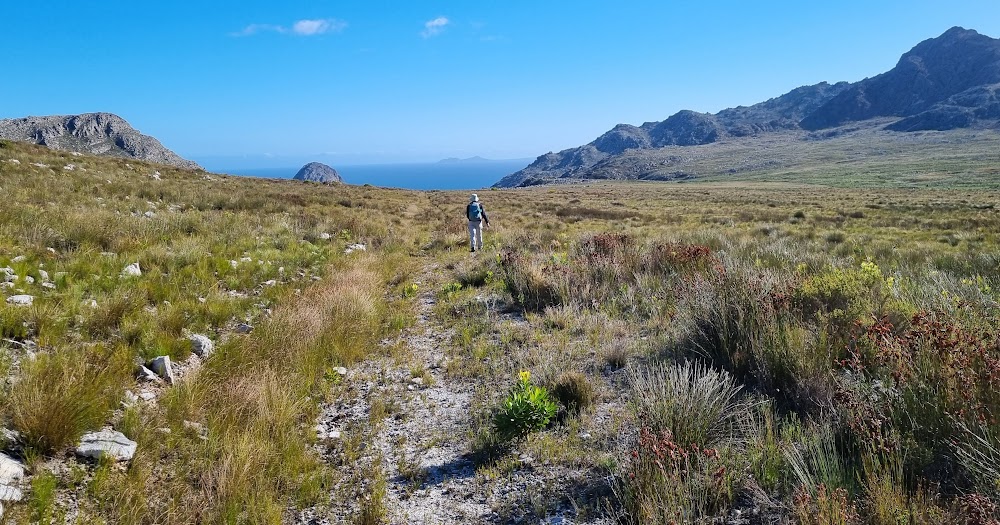 Approaching Rooiiels, above the waterfall 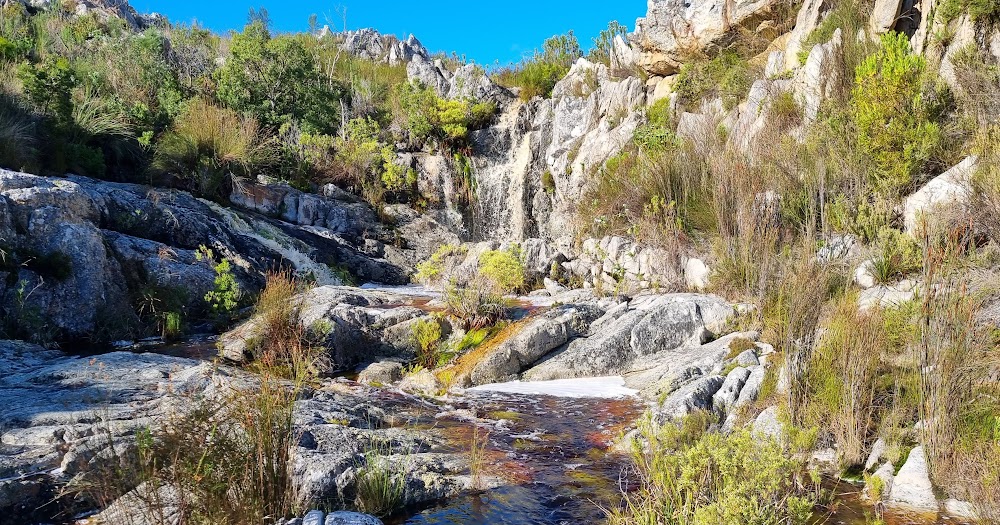 It is also clear that this route is hiked by a significant number of people, some of whom have become solidly lost above Rooiels or underestimated the distance and the time it takes for inexperienced hikers. The CapeNature signage near Rooiels does not forbid hiking up the valley, so it might be worth consideration for CapeNature to enable and control access in partnership with SANBI, surrounding conservancies and the City of Cape Town, instead of assuming that the reserve is not being accessed by people without permits. We understand that Kogelberg is a hotspot of fynbos endemism and harbours many endangered species.