I think we decided on the route for that day at breakfast. The only criterium was that we would walk from my house and not drive anywhere. Santie would be on a mission anyway: to log her 1200th species on iNaturalist. My previous hike up the Rooiels River valley had looked interesting from a floral perspective to my untrained eye, because the veld is still young after the most recent fire. Additionally, the old National Geo-spatial maps show an old track from the northern apex of the Kogelberg Trail heading west to above the first waterfall that one reaches from Rooiels side. The track crosses the Rooiels near its source, so we thought that this looked like a likely mission for the day. I had spotted a trail leading east from the waterfall on the previous excursion, which I surmised must be the route. This area is quite remote.

The trail up the stream above the waterfall led to some wonderful, remote pools. It was fairly windless up there despite the easterly raging down at Rooiels. There were also signs that people sometimes wild camp out there. There are numerous flat areas, close to water. Continuing beyond the cascade we blundered about a bit looking for the path, and then found the faint jeep track that led east and gradually became clearer. It traverses a restio-carpeted plateau above and north of the Rooiels gorge and must be one giant sponge. 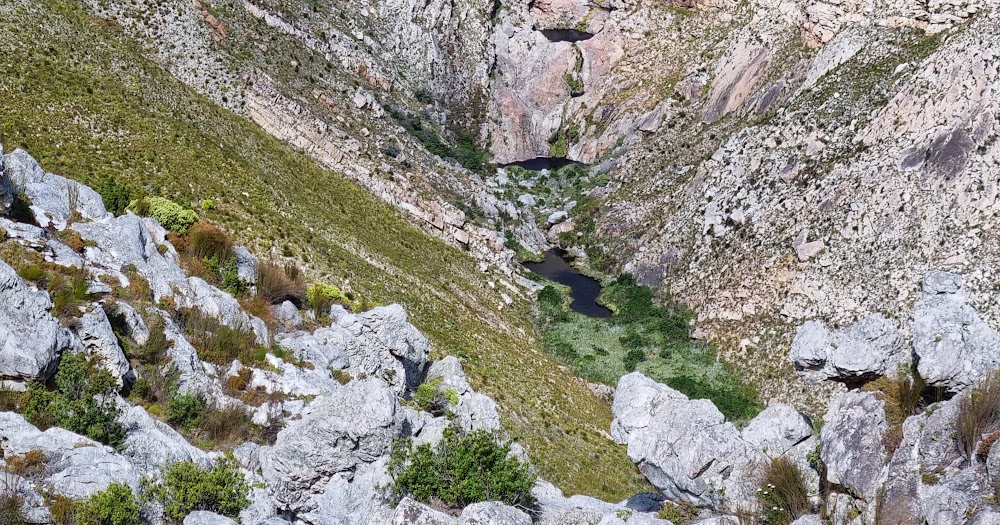 Beyond the point where the track crosses the upper reaches of the Rooiels, it heads up to a small saddle, the watershed, and then follows the Louws River down to the confluence with the Palmiet. This section is the northernmost end of the Kogelberg Trail. It was here that we decided to head back, our curiosity satisfied and Santie’s species tally having long since passed the 1200 mark. 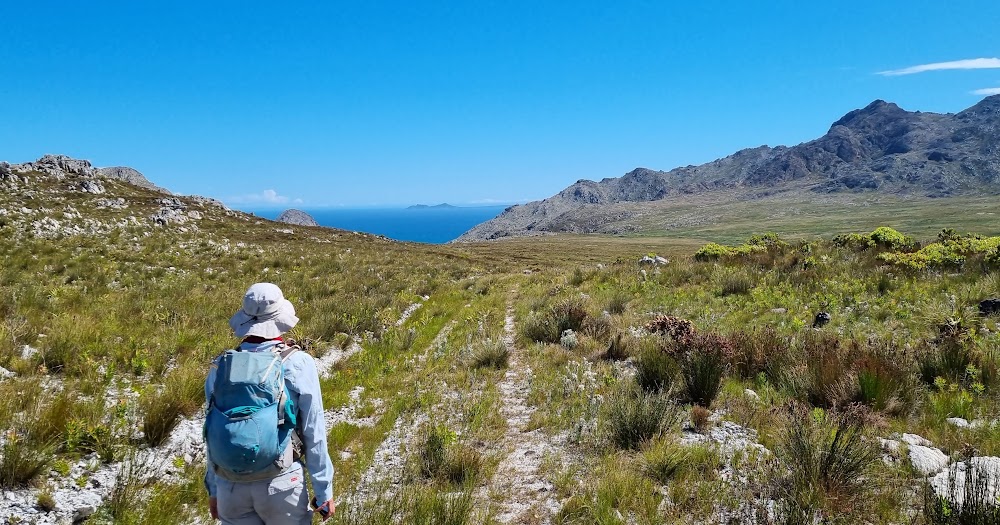 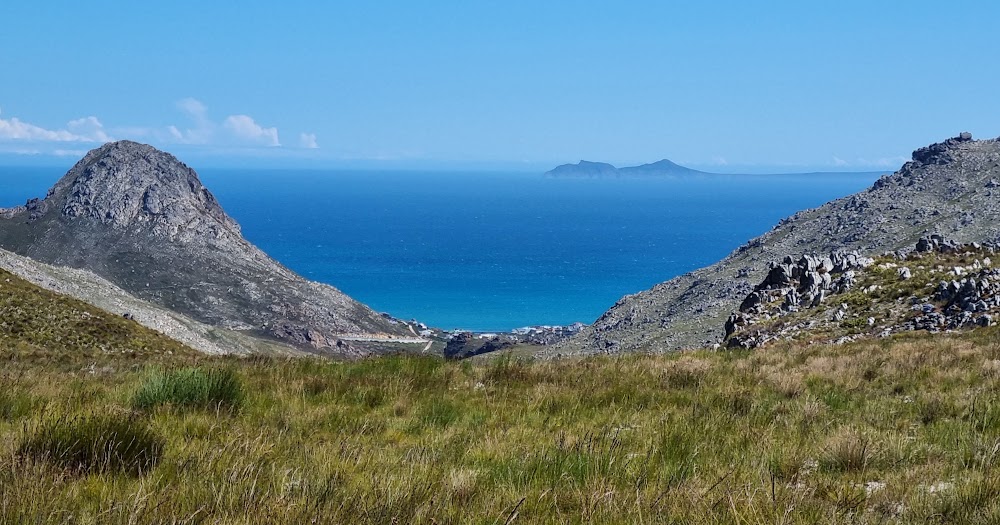 The trail between the waterfall and the first climb from Rooiels is “sewejaartjie” heaven. I have seldom seen so many in one place. On the way back I was leading the way, glanced down and wondered vaguely what a belt was doing next to the trail. A copper-coloured belt. Said belt then moved and reared up and I realised that it was a cobra with its hood flared. It was crossing the path when I came blundering along and my ears, which are now low-pass filters, did not hear its warning hisses. It rapidly slithered up-trail towards Santie and then veered off to disappear under a large rock. Perhaps I should start wearing the hearing-aids on hikes as well … At least I will hear the birds better too.

Anyway, no harm done and no other mishaps, except that the much-anticipated Carlsberg draught was not to be, with Gossip Corner being closed. So we settled for another draught at the Arms and then a very good ‘burger at Something Els. It was a very satisfying 16 km hike, with an almost-deceptive accumulated elevation gain of 600m, covering new territory for both of us. A glorious day, in fact. 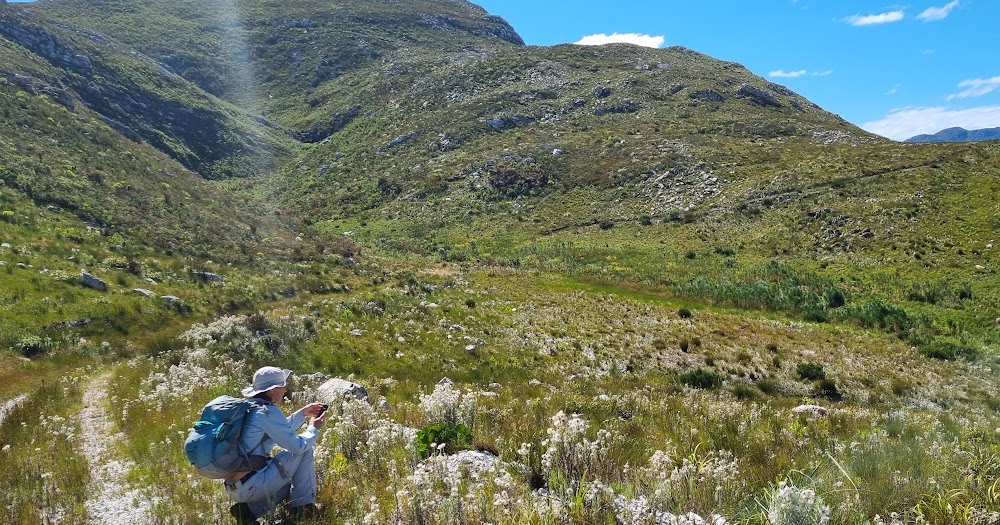