This was my first hike from our new home in Rooiels, having moved to this coastal paradise in the Kogelberg Biosphere Reserve five weeks ago. We quickly came to realise that we have landed in the middle of a contest between the preservationists/conservationists who would want Rooiels to retain its character and live the ethics of the biosphere reserve, and those who would want to turn it into just another coastal dormitory or holiday town, devoid of wildlife. Readers of my blog can guess which side I am on. But perhaps more about that in subsequent posts as we assimilate into the community.

Paul and two international students, Brice from France and Laura from Germany, joined me for this minor exploration of the trail, to the north of the Rooiels River, that ascends the valley . It was a hot day for Rooiels, about 28 degrees C, which seems to be as much as 10 degrees cooler than Stellenbosch on average. Hot, but windless and clear. Our  destination was the waterfall on a tributary from the north, marked on the map. The walk is quite easy, the path clear and good, while vegetation is still recovering from the recent fires, so the veld is quite sparse and stony. The waterfall is only a little more that 5 km up the valley, but one quickly gets the feeling of wilderness as the path penetrates towards the core of the Kogelberg Nature Reserve. From the waterfall it would be a relatively short walk to the northernmost point of the Kogelberg Trail.

After spending some time at the “waterfall” which is now but a cascade of small streams, we headed back to the still windless Rooiels for well-deserved draughts at Gossip Corner. It was a very pleasant introduction to Rooiels-based adventures. 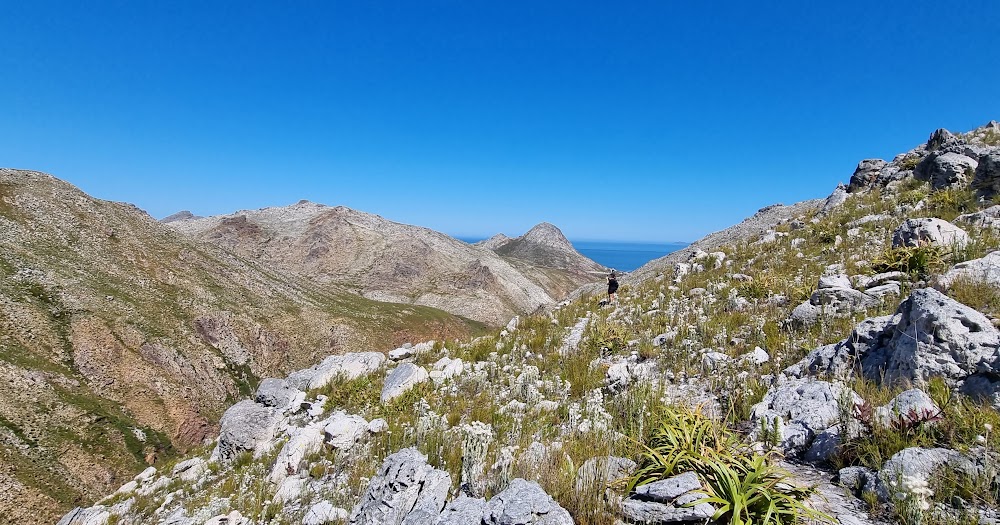 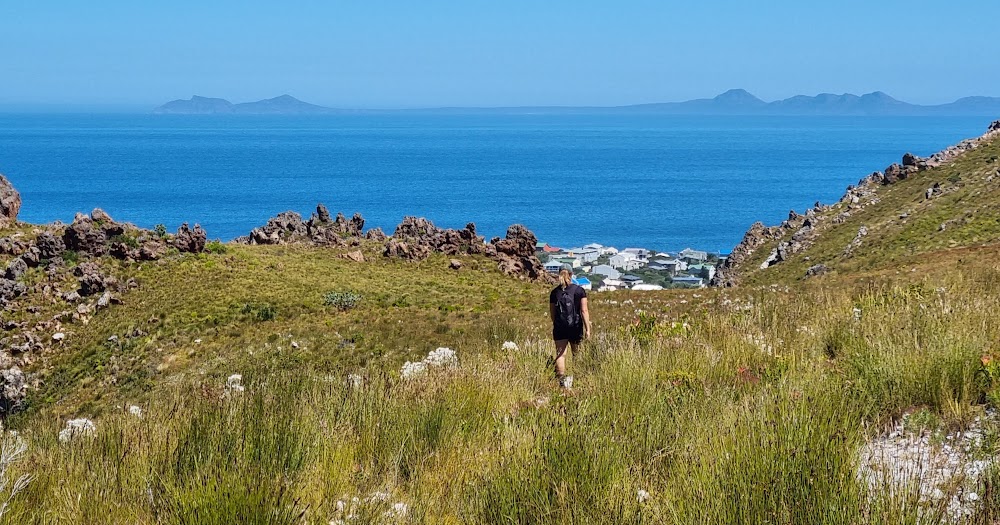 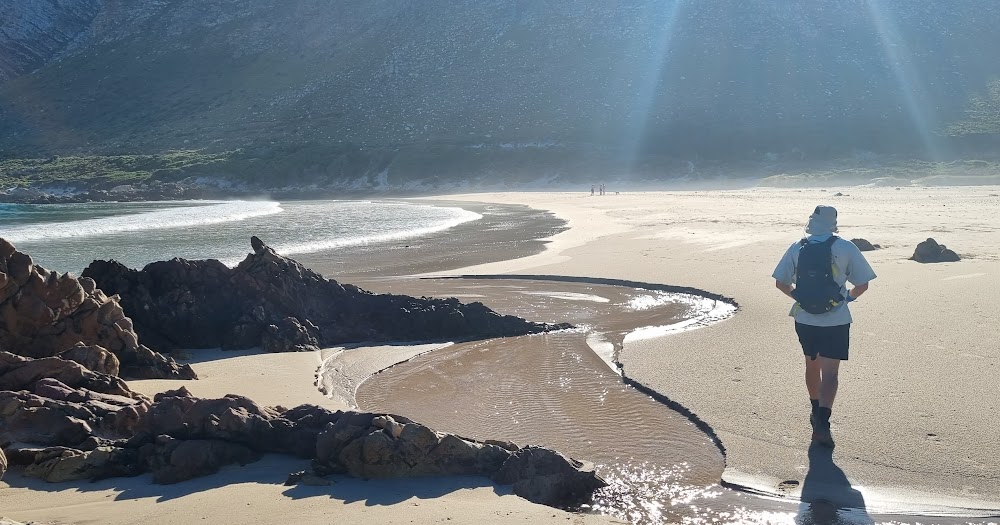