Our regular private cycle tours were interrupted by the pandemic and as the Cape exited its second wave, with all beaches and parks having been closed to the public, the need to get out on some remote roads took hold. I started recruiting the usual suspects and thinking about routes fairly recently, so there was some concern about accommodation availability. As it turned out, juggling Tankwa – Karoo Hoogland routes and availability of fairly sparse accommodation and campsites proved to be a little bit of a challenge. But eventually I settled on a route from Sutherland down Ouberg Pass, across the Tankwa Karoo National Park, up Gannaga Pass to Gannaga Lodge.

There was a small surprise awaiting us in any case. I had plotted a route from Blesfontein to Pyper se Boom using Google Maps, which indicated a route of about 85 km. However, we found locked gates which necessitated a 20km detour on a really badly rutted road – the main drag into the national park. The going was slow so that we straggled into the wild campsite at Pyper se Boom after dark, but by full moon. After the adrenaline, nerves and spills of the Ouberg descent most of us were happy to hit our beds without the planned-for braai. In fact, we even skipped the eggs and bacon the next morning. From some of the comments and looks, a few of my companions were either a little unhappy with my route planning or had decided that my answers to the usual question, “how far today?”, were somewhat untrustworthy. Anyway, a shorter final day, the beautiful but tough climb up Gannaga Pass and the excellent lodge restored most’s faith in humanity.

Our route was (see the map above): 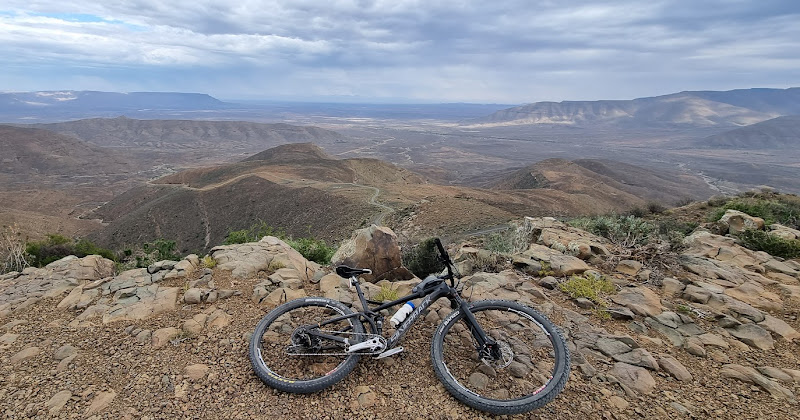 The rutted roads, including a bad section approaching Middelpos, took its toll on the vehicles. The rooftop tent’s bolts to the roof rack had to be tightened regularly and the vibrations eventually dispensed with two crucial bolts on the towbar onto which the bicycle rack was mounted. A hurried jury rig of straps prevented it from sagging to the road surface. Both bakkie’s also suffered from loosened battery terminal connections – there is little worse than turning the ignition key and hearing ‘click’. 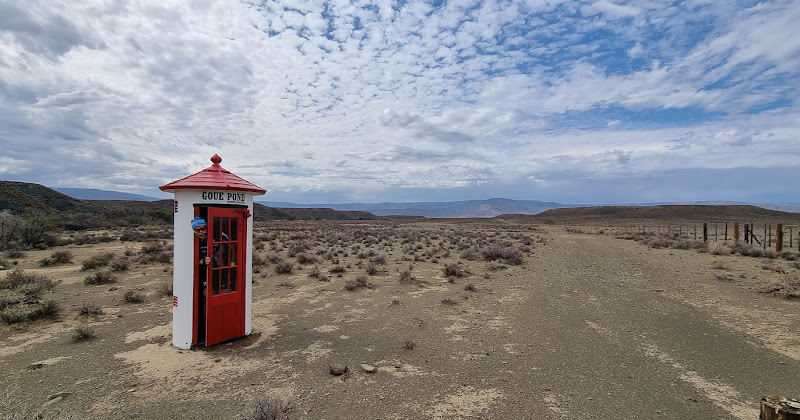 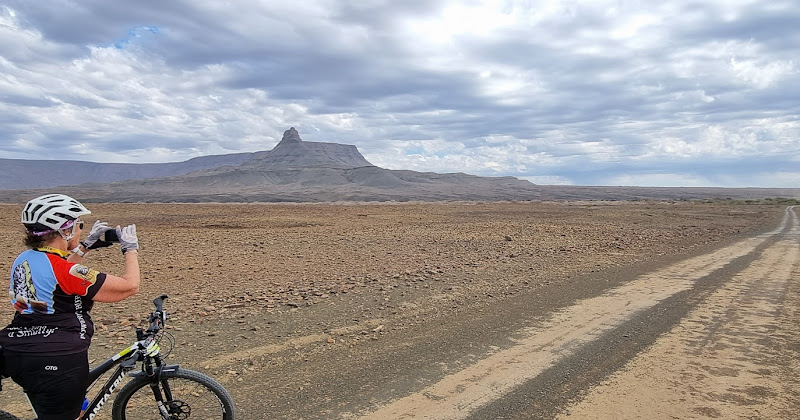 The plateau from which we descended via Ouberg and ascended to via Gannaga is known as the Roggeveld and we speculated a lot about the origins of the name. After some collaborative research we discovered that the name comes from the ‘roggras’ that used to be common in the area. Secale africanum is “a range-restricted species that was once common on the Roggeveld, but is now known from one subpopulation on a farm, where there are fewer than 50 mature individuals. This taxon has experienced severe declines due to overgrazing and poor veld management. It is cultivated and several attempts are being made to reintroduce it to other properties on the Roggeveld” (http://redlist.sanbi.org/species.php?species=1263-2).

The Tankwa Karoo National Park protects a portion of the Succulent Karoo biome, a global biodiversity hotspot, that experiences winter rainfall. The biome “is home to a total of around 6 350 species of vascular plants, of which nearly 2 440 (40%) are endemic to the biome, therefore meaning that they are found nowhere else on earth” (https://botanicalsociety.org.za/what-is-succulent-karoo-an-introduction/). 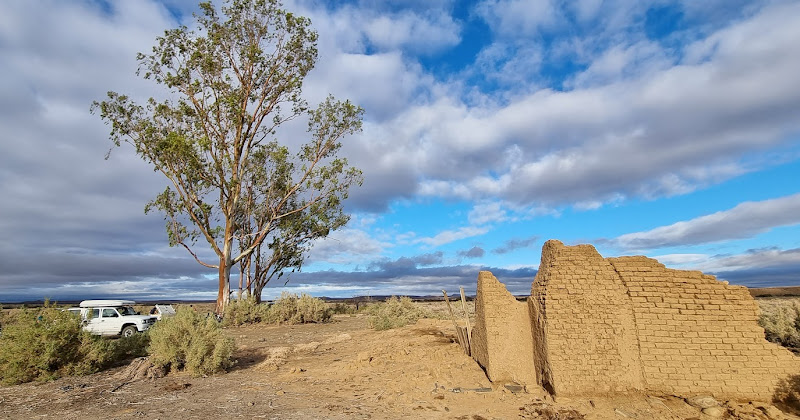 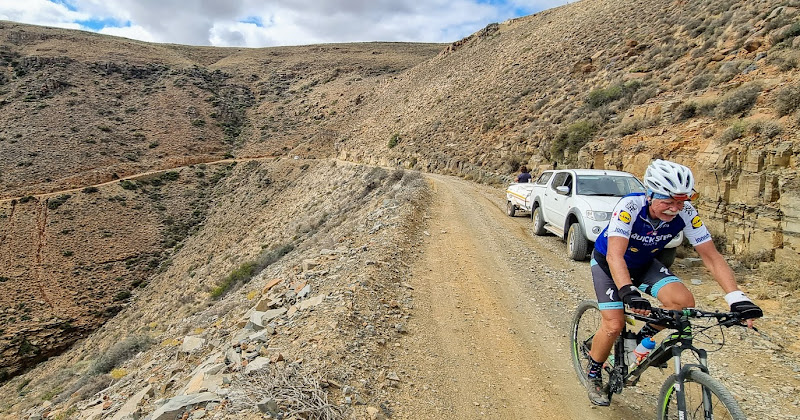 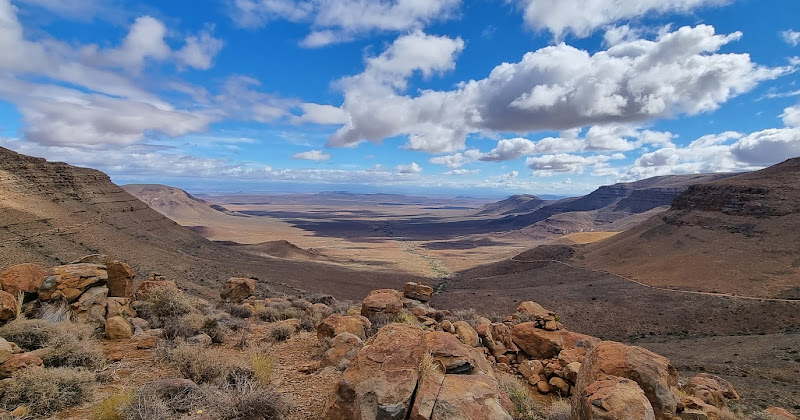 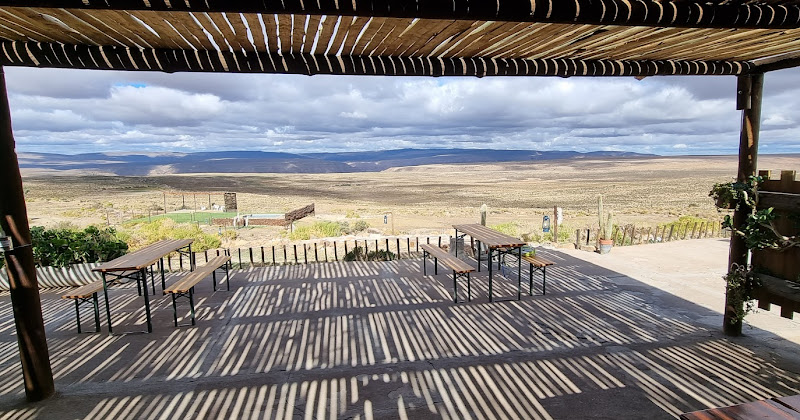