In 2009 the inaugural Rim of Africa mega-hike was aborted two days shy of our destination, Turret Peak, due to adverse weather. By then we had been on trail for 10 or 11 days. But I have always wanted to eventually get to Turret Peak, so when Paul Verhoeven called some 10 years later to ask whether I wanted to join him and the MCSA’s Cape Town section on a weekend hike to this place, the answer was “yes!”.

I had an idea that the hike would entail a 700m or so slog up the mountain, but I wasn’t too fazed despite not being in the best hiking condition. I even regarded it as conditioning for the planned Wemmershoek Traverse. Now you need to understand that Paul, a real mountain man, is a rather laconic Belgian who communicates on a strictly need-to-know basis. And what I apparently didn’t need to know was that the group leaders had decided that the usual routes to the peak were a bit boring and that we would undertake an “exploration”. The “exploration” entailed an ascent up Donkerkloof, something which few, if any, had attempted, and certainly none of this group had been up this way. All we had – except me, that is – were  printouts of Google Maps aerial photos of the kloof.

On the plus side, Donkerkloof lived up to its name because most of the ascent was in cool shade, on a day when temperatures were to touch the thirties. The ascent took us some 3 or 4 hours, much of it scrambling up steep, crumbly, thickly vegetated gullies and hauling ourselves and our packs up and over slippery boulders. That climb did me in thoroughly, so that by the time I staggered over Die Vlakte to The Turret, I was knackered – and a little sore. Consequently, when everyone decided to scale The Turret to enjoy the sunset, I cried off to rest and recover – like an old fart on the wrong side of sixty, as Peter would say.

What I also didn’t know, however, was that I had fractured a rib on the preceding Monday (when a chair collapsed under me) and that the day’s exertions had aggravated the injury. The night’s fitful sleep in Turret cave – which was otherwise very comfortable and sheltered – was interrupted regularly by surprisingly sharp pain. By the next morning I was relatively ok again, although I elected once more to stroll around the plateau on my own while the others went to explore the spectacular spires, arches, cracks and caves of the area. Well led by Andrew The Explorer, and Charles, a hardcore hiker with a soft, Scottish brogue, the adventurous group, plus Paul, made maximum use of time and weather (view their photos here). 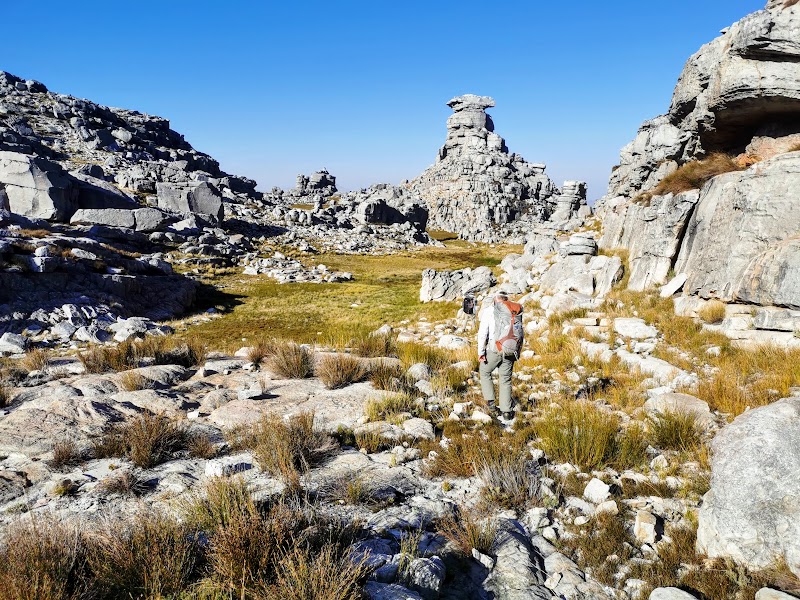 The descent down beautiful Wyekloof with its cool pools and icy waterfalls was immensely enjoyable. Above the kloof the ramparts and castellated, russet turrets of the plateau loomed high and sheer like some ancient walled city. 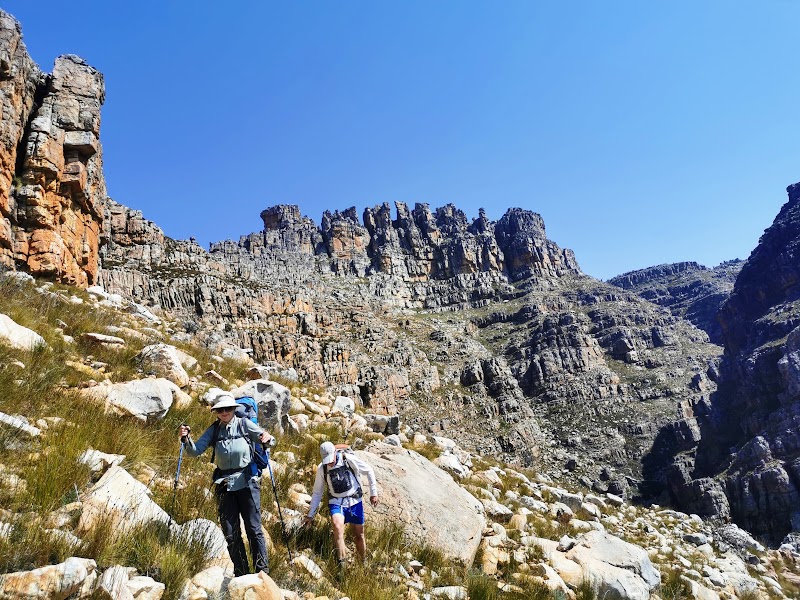 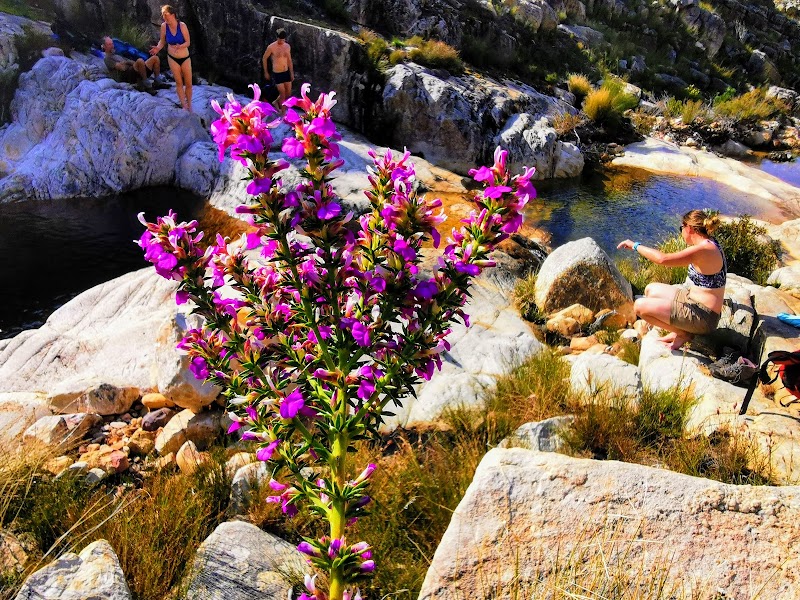 Paul and I washed a steak and ‘burger down with ice-cold ales in Ceres and I eventually crawled into bed feeling the discomfort in my ribcage and dreading a cough or a sneeze. The next morning I decided to have it x-rayed, whereupon the fracture was confirmed. So that has put paid to next weekend’s Wemmershoek Traverse for me. But at least I don’t feel too bad about not climbing The Turret itself.

Lest you think me tough, though, I recall that Steph, a fellow Eden-to-Addo and Rim of Africa mega-hiker, who was celebrating her sixtieth on the 2009 Rim hike, fell heavily after slipping on a boulder about halfway into the trail, and only afterwards, after she had completed the 11-day hike, we found out that she had fractured two ribs. Now that’s tough.