Botmaskop is a 910 m peak near my home and is the first mountain I see when I leave for work each morning. Its form is unique in the Jonkershoek ranges, resembling the prow of a dreadnought. The hike up takes about 2 hours, following a spur through municipal tree plantations before it steepens sharply into the fynbos. The final ascent up a gully is a slight scramble before one emerges on a flat-topped peak rimmed by sandstone ramparts. Two or three people can sleep up there without any danger of rolling off. I often see the flicker of campers’ headlamps against the night sky.

My mission this time was to shoot video with the drone. The peak is an outstanding “drone pad” and it provides panoramic views of the Jonkershoek and Banghoek valleys, the Peaks, Groot Drakenstein and Simonsberg. I am still on a learning curve with the drone and its camera, but it offers great pleasure as a creative outlet.

The name, Botmaskop, is a corruption of Bootmanskop, meaning ‘Boatman’s Peak’, so named because of the expansive views of Table Bay – 50 km away – it provided for ship lookouts. From this vantage point the Huguenot settlers in Franschhoek and the local burghers would be alerted to sailing ships entering the bay – custom for fresh produce and wine, and bearers of news, wives and victuals. (Source: The Cape Odyssey 107: A selection of essays inspired by maps of the Cape, by Roger Stewart). However, on a windless day one can barely discern the flat line of Table Mountain above the brown haze that blankets Cape Town, let alone spot a ship in Table Bay. 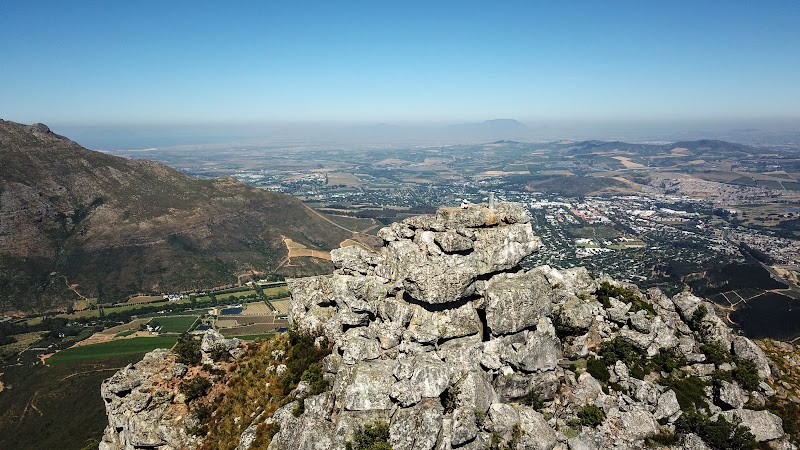 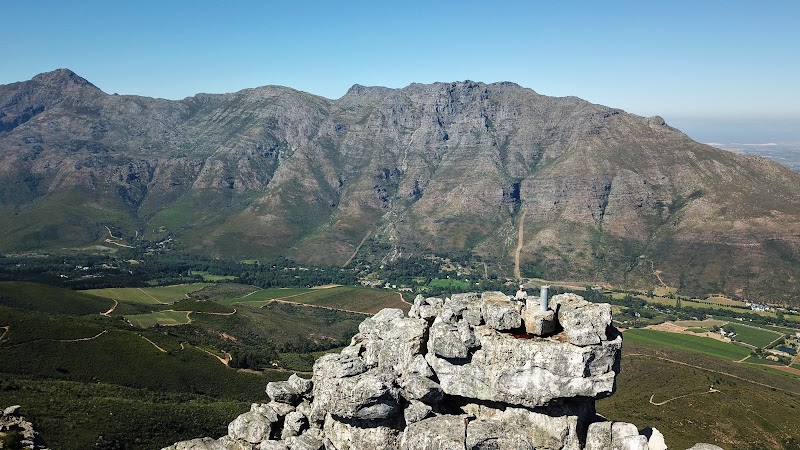 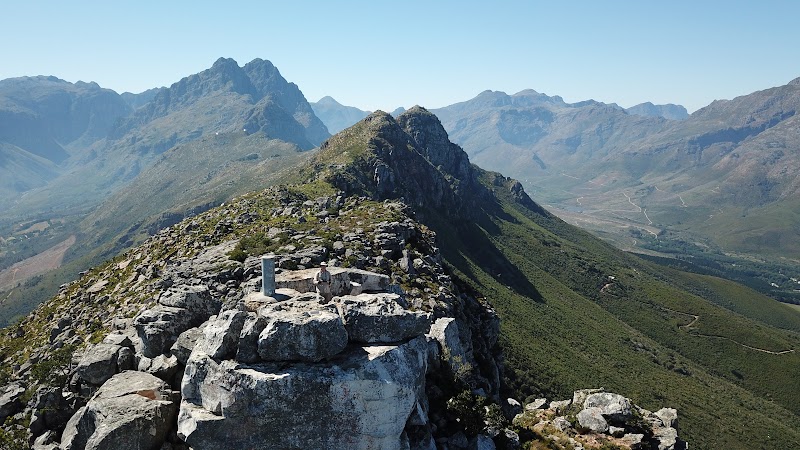 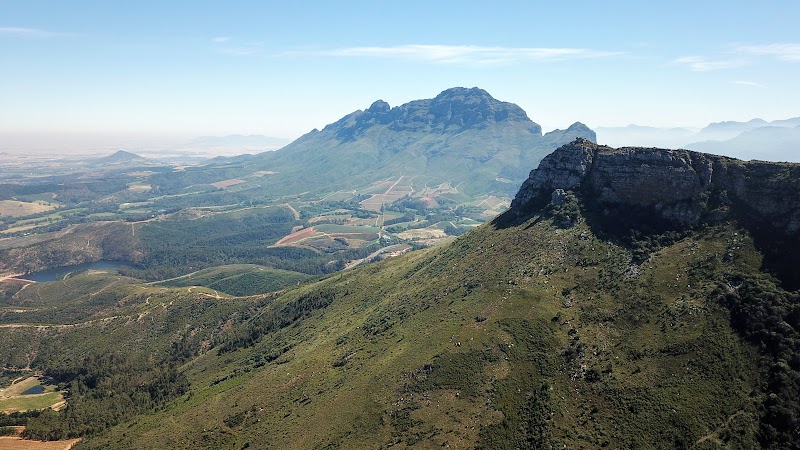 The walk through the plantation is unpleasant unfortunately: there have been a few attacks on cyclists and hikers by gangsters, although it seems to have quietened down of late; bakkie builders often use the logging roads as dump sites; and the plantation was badly burned a couple of years ago. Halfway up the blue gums are resprouting everywhere and invading, and the fallen trees make what’s left of the path an obstacle course. The municipality really needs to take care of its proclaimed “nature area”, although there are signs of desultory attempts. My vote would be for the alien trees to be eliminated and the area returned to the fynbos.