It took me 32 years since my first hiking experience in the Cederberg to summit Sneeuberg – in my 60th year and on the occasion of the Mountain Club of SA’s 125th anniversary camp. Paul Verhoeven organised and led the hike and although it was advertised as part of the anniversary programme, only three of us, all Stellenbosch members, participated.

We hiked up Sederhoutkloof (cedar wood gorge) to Sneeuberg hut on the Saturday, a short walk of about 7 km. The name, Sederhoutkloof, like many others in SA recalls now-absent species, in this case the forests of Clanwilliam Cedars from which the Cederberg takes its name, which were all but logged out over the last century. The remnant huts were originally used for stabling the mules which hauled the timber out. 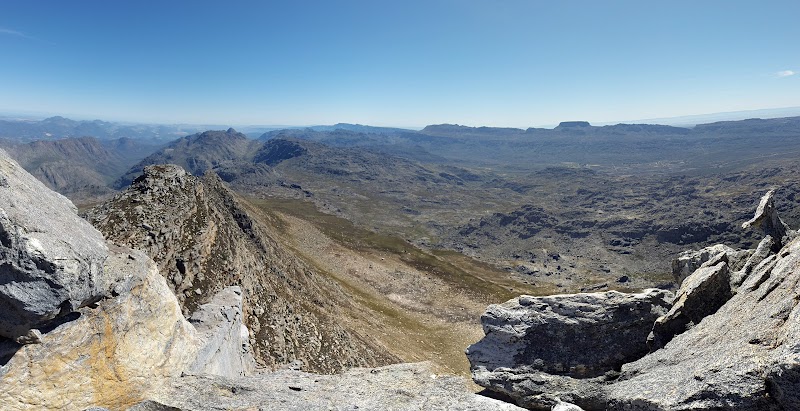 The next day we left at daybreak to summit Sneeuberg, which is at 2027 m ASL the highest peak in the Cederberg range. Sneeuberg is not a trivial climb, although it is not technical. I found the last bit of scrambling a little unnerving because of the moderate exposure. The wind was icy, but the weather was crystal clear. One could see Table Mountain some 170 km distant, west to Elands Bay and Verlorenvlei, east clear across the Tankwa Karoo and south over the Koue Bokkeveld to Groot Winterhoek. Truly spectacular. 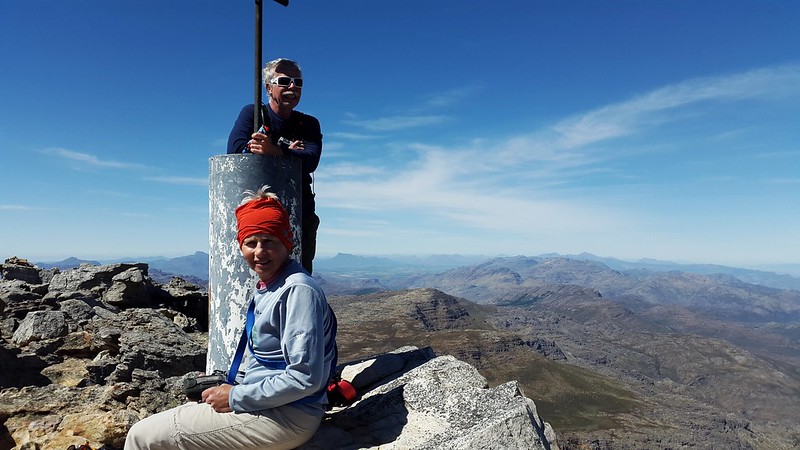 We encountered many clumps of the endemic snow protea on the way up and down. The rare, hardy plant grows in a belt of 25 km above or near the snow line, and is found nowhere else on the planet. 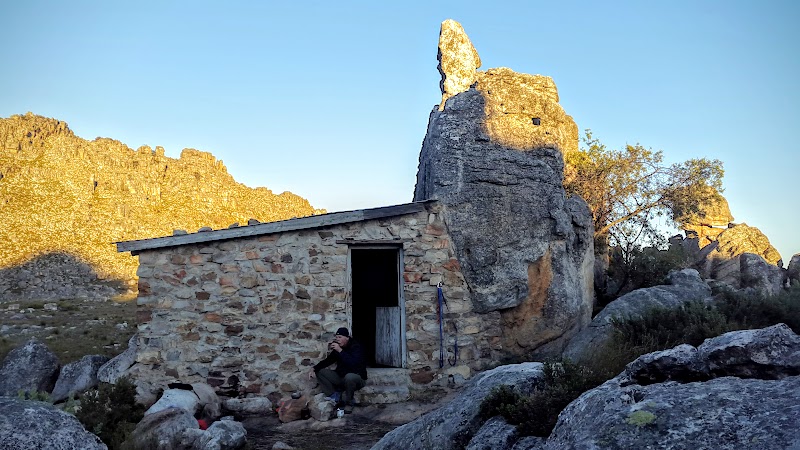 By midday we were heading down and crossed the plain to the Maltese Cross, one of the Cederberg’s best-known landmarks. There we found a band of young, MCSA rock climbers scaling its north-western face. It was fascinating to watch. 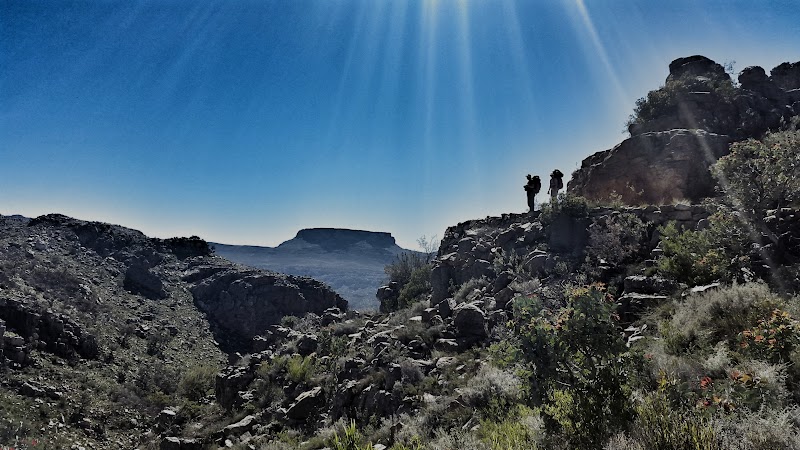 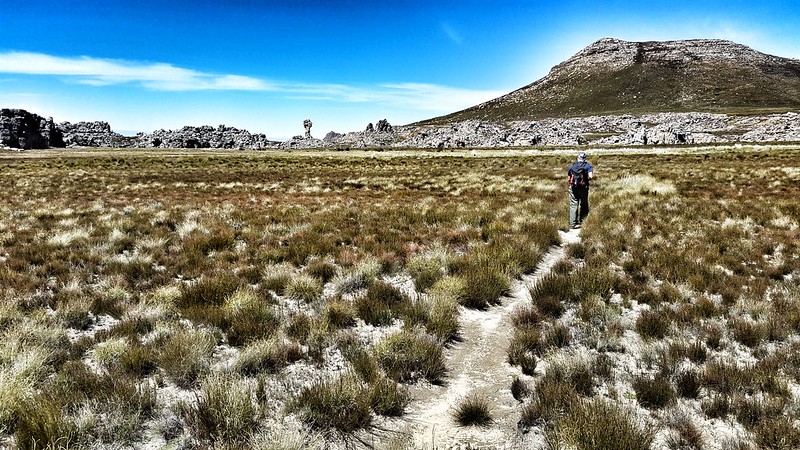