The Postberg Trail is pretty exclusive, only opening for the spring months of August and September 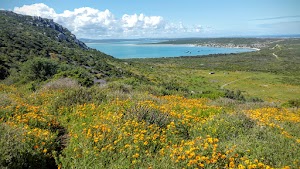 and accommodating just 12 hikers per day. It is a two-day trail of some 26 kms in length but with negligible elevations. Bring your own tent and overnight at Plankiesbaai on the Postberg peninsula’s west coast. There is no “slackpacking” option.

The spring months are when South Africa’s west coast explodes in a kaleidoscope of colour if the winter rains have been good. The flower display is the trail’s “main event” but the land and seascapes are equally spectacular.

My companions were Marion, Santie and Dorette. This was Marion’s first backpacking hike for about 25 years, but she breezed through it thanks to that natural fitness. There is no substitute for the right genes.

As Santie noted on Facebook: “how wonderful, flowers and lagoon and sea …” 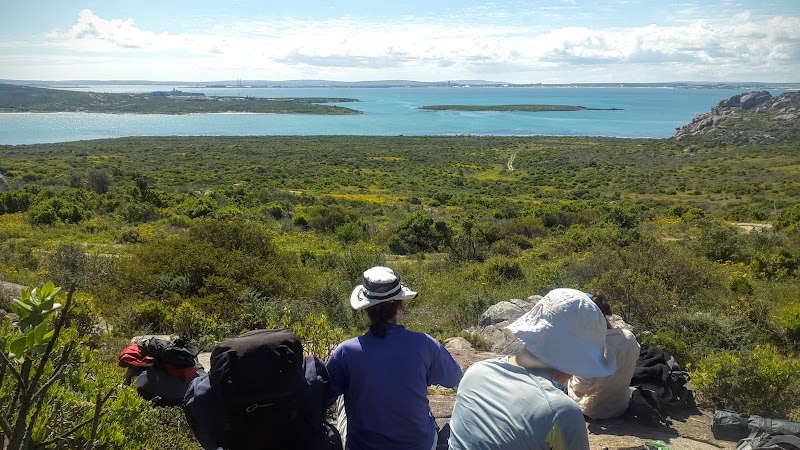 A selection of photos follows: 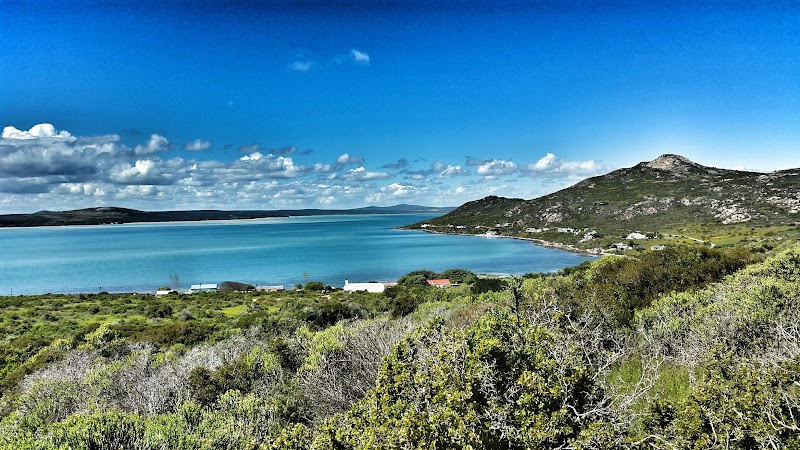 Postberg gets its name from the first Dutch East India Company post that was established just south of the granite outcrop on Kraalbaai in about 1669, some seventeen years after the company established its victualling station at Table Bay. In 1732 it was moved north to the site shown in the photo above. 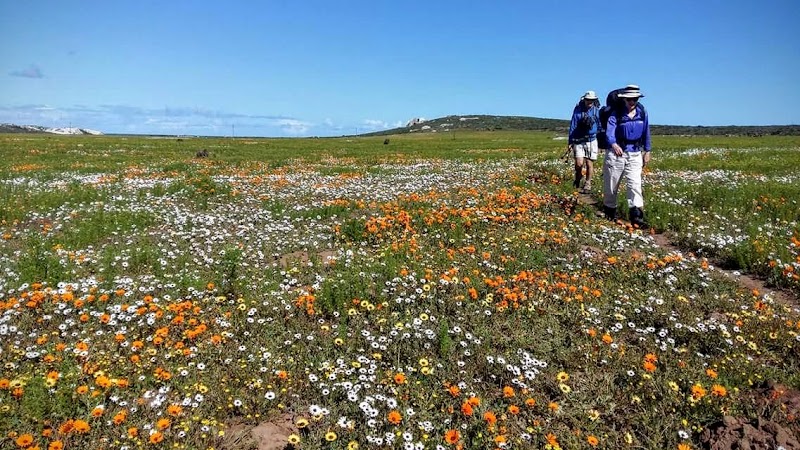 Photo above by Santie Gouws 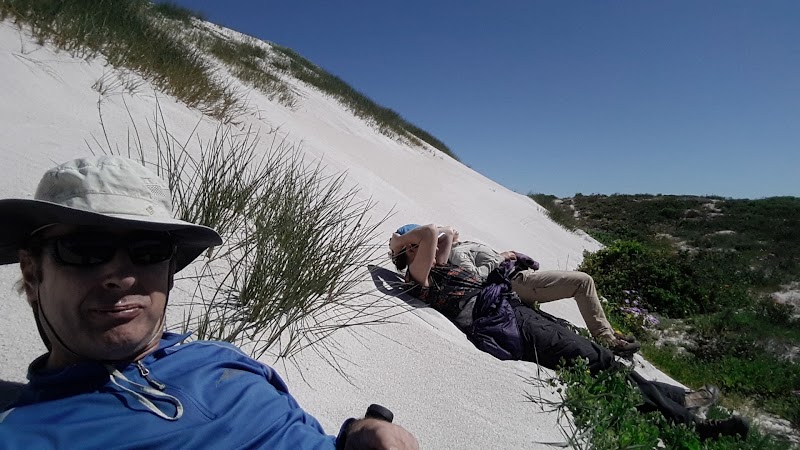 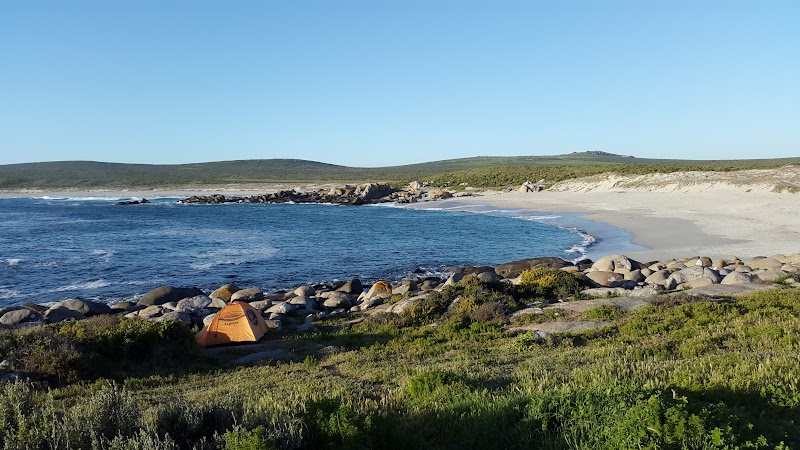 The photo below was taken south of the isthmus that leads to the Donkergat peninsula. The plain falls in the special forces  (Recce) training area. Donkergat was a whaling station intermittently throughout the 1700s, but in 1909 a Norwegian, John Bryde, built a whaling factory in Salamander Bay because Greenland whaling had collapsed. Thankfully the Great Depression of the 1930s put paid to the Donkergat whaling station forever. 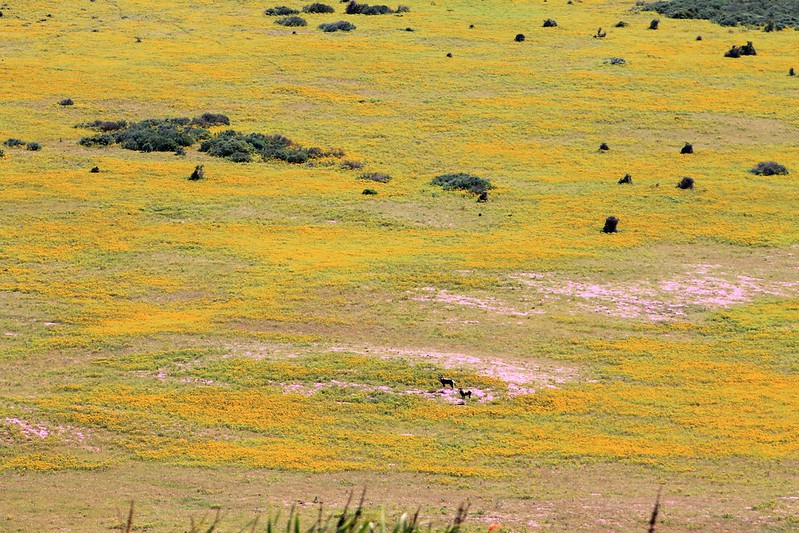 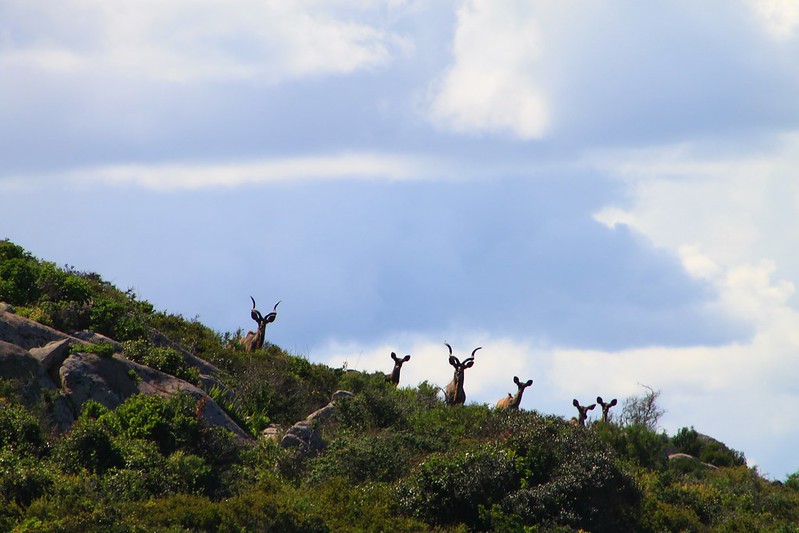 Marion and I lived in Saldanha from 1983 to 1987. They were enjoyable years filled with windsurfing, sea, sun and wind. Tragically, the Saldanha-Langebaan conurbation has destroyed the eastern and northern coasts of the bay. It is an example of untrammelled, unsustainable growth for no good purpose. Some of the industrial monstrosities, such as the steel factory, are white elephants. The iron-ore harbour, which was the thin end of the wedge that initiated the degradation of the bay, has also never been viable (I know: I worked on the iron-ore line). Langebaan is indistinguishable from any other tasteless, coastal town in the country as it creeps over the hill towards the West Coast National Park and paves the coast. The park, however, is a gem that protects the irreplaceable lagoon, a Ramsar wetland, and the coastal fynbos. It, and Kraalbaai specifically, are amongst my favourite places on the planet.