The Swartberge – the black mountains – are literally black now. 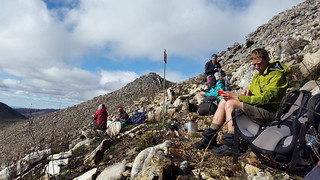 A recent fire, the second in quick succession, has charred them. The other wildfire a few years ago destroyed the third hiking hut so that the trail has had to be adapted to use only two huts over three nights – the Bothashoek and Ou Tol huts. These stark mountains’ jagged lines and ridges are no longer softened by the usual fynbos and protea cover, but the first geophyte shoots after the initial winter rains are in evidence everywhere.

Day 1 features a relatively stiff 900 m climb from De Hoek, but it is easier and more gradual than some – like the Waaihoek ascent. Bothashoek hut was a welcome sight as we breasted Bushman’s Nek and grew on us even more once we figured out how to coax hot water from the solar geyser. 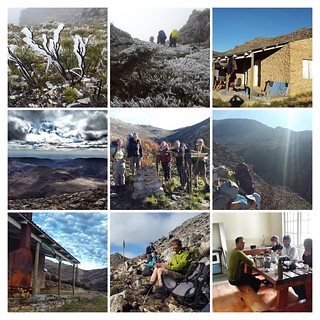 Click above to go to the Swartberg Trail photo album

After the crisp, sunny weather of day 1, the next morning dawned cold and wet. We trudged the 12+ km along the winding jeep track to Bain’s famous Swartberg Pass in continuous drizzle, our views limited to a few hundred metres. Ou Tol offered the chance to thaw and dry out, but day 3’s morning was icy and overcast. Following a short debate about the advisability of following the ridgeline trail back to Bothashoek, we prevailed upon Santie, the trail leader, to wait an hour or two to allow the weather to lift a little, before departing. When we reached Die Top (top of the pass), it was still icy and windy and we negotiated Windgathoek and Albertberg in thick, swirling cloud. Above 1700 m the burnt bush skeletons and grassy clumps were clad in ice, the striations horizontally sculpted by frigid winds.

But as we descended to one of the saddles after about 7 kms, the cloud suddenly lifted, revealing breathtaking vistas to the north over the kloofs and gorges and glinting roofs of Prince Albert and south across Kruisrivier and Gamkaberg. Suddenly we could see forever to the Outeniquas and the Nuweveld mountains of the Great Karoo.

Although the Cape Nature brochure describes days 1 and 3 as “difficult” the gradients are gradual and should be fairly easy for experienced and conditioned hikers. The daily distances are relatively short and the path is well maintained. The only dangers are rapid changes in weather and the sudden onset of icy cold or snow. Be prepared with adequate cold and wet weather gear. In the summer the hike could be an ordeal as well. There are not many watering points so you would have to carry a couple of litres at least.

The huts are well equipped and the solar geysers are a welcome addition. However, clear operating instructions would be welcome, especially at Bothashoek where pulling the bathroom’s light switch counter-intuitively caused hot water to reach the showers. Who would have guessed? Santie did – after most of us had suffered through a cold shower. 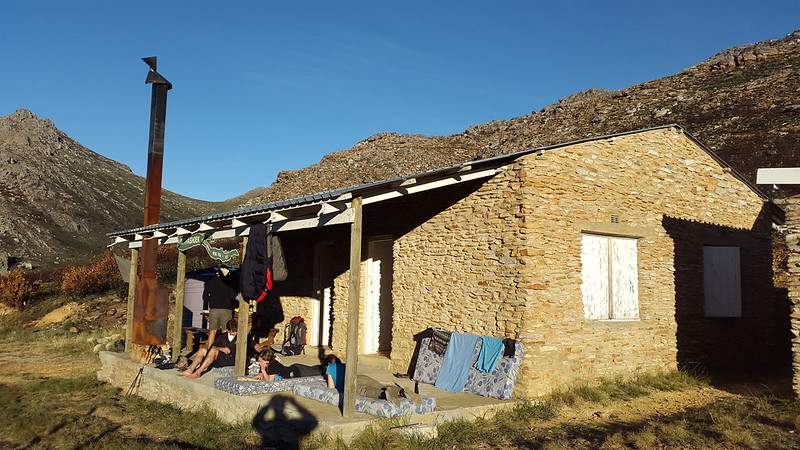 Bothashoek to Ou Tol via the jeep track 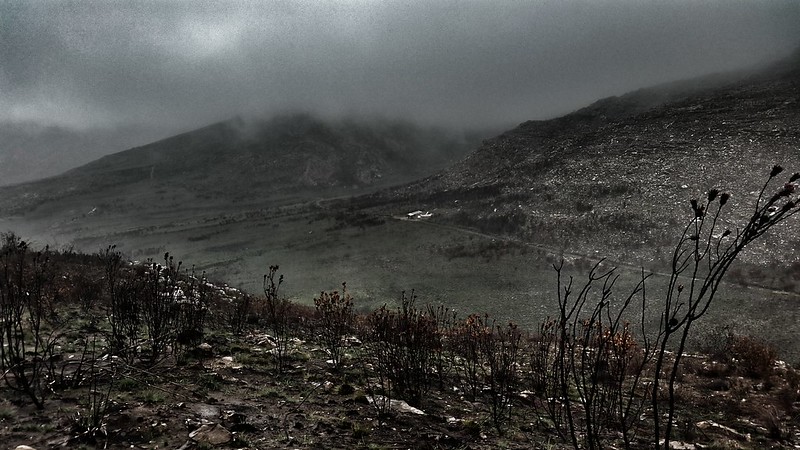 Ou Tol to Bothashoek via the ridgeline 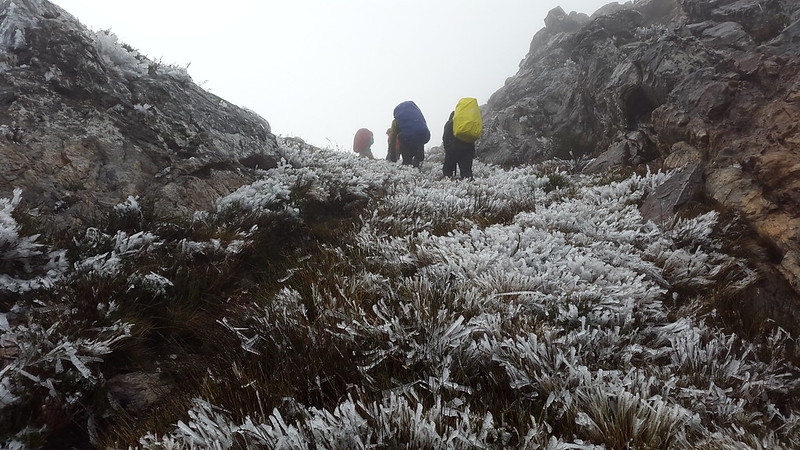 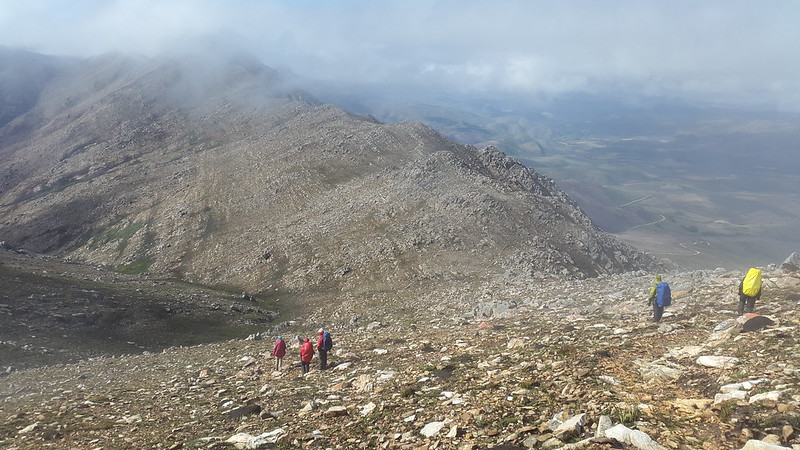 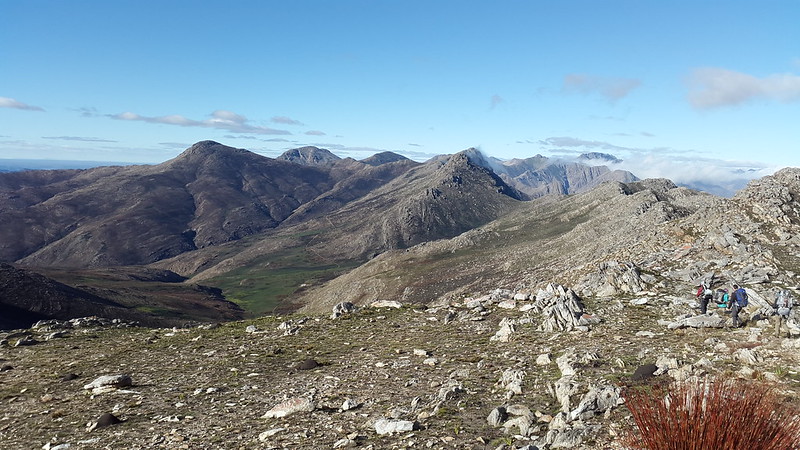 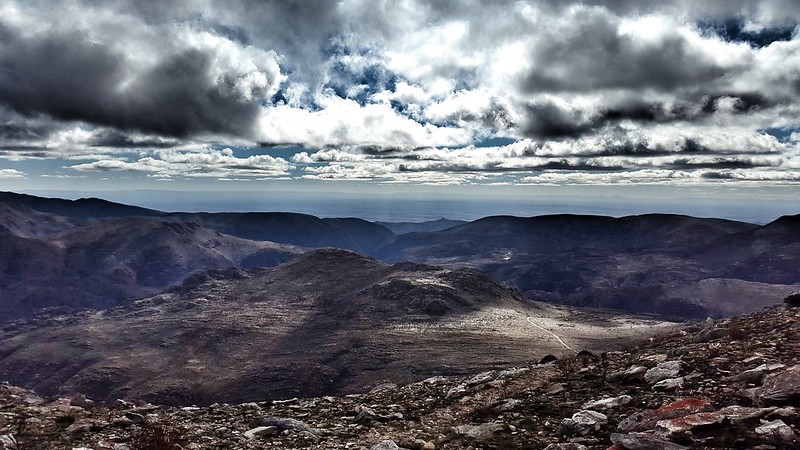 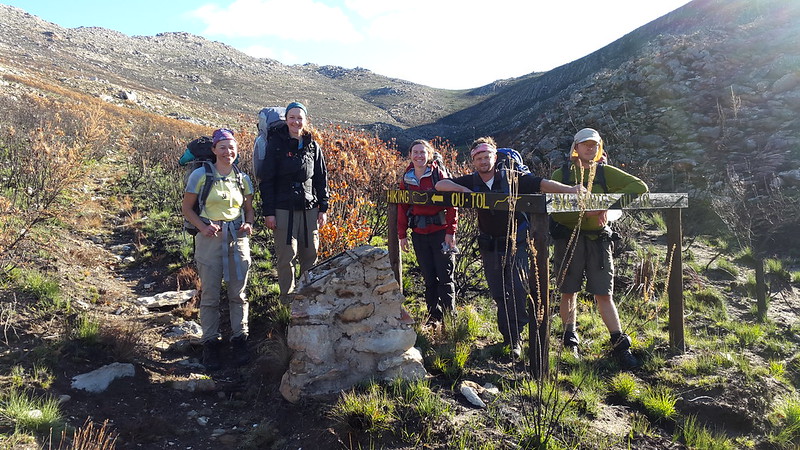 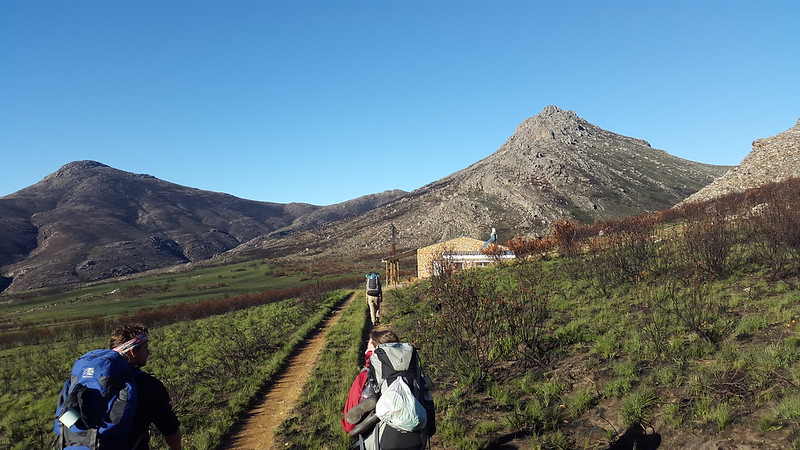 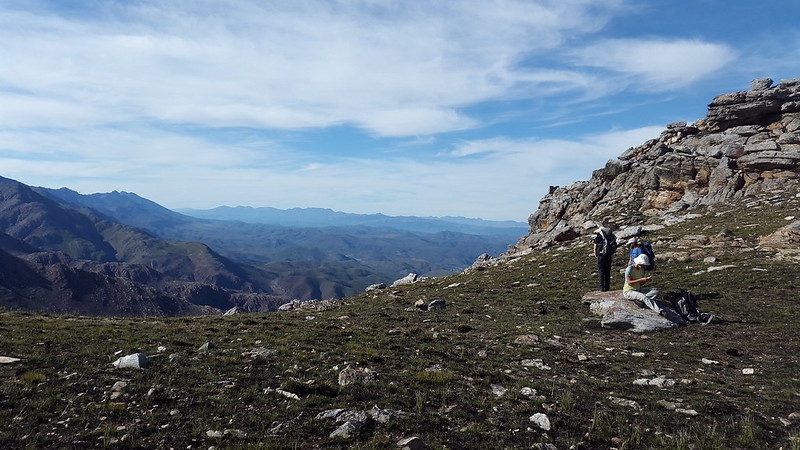