Almost fourteen years after the first time, we elected to sample the slackpacking option for this trail. Slackpacking involves paying R520 per crate/coolbox for transport from hut to hut. It makes for very good meals, meals that can do the “huts” justice. “Huts” and not huts, because they are actually beautifully sited and built, themed cottages. Unfortunately, the one at Cupidoskraal burned down in September last year, but a functional former mountain biking cottage is a fair replacement. To our shock the reserve is charred from Potberg to the coast, with some unburned strips in the east around Noetsie and in the hills and dunes around Hamerkop and Vaalkrans huts. The Lekkerwater guest house is but a gutted ruin on a bluff now.

Despite the black and white landscape, the Whale Trail remains a soul-stilling experience. The land and seascapes are diverse with views over the meandering Breede River from the sandstone peaks of the Potberg to easy strolls along the limestones sea cliffs and fine sand beaches. On both previous occasions I walked in the whale season, between June and October, when the coast is “wall-to-wall” with whales. This time, out of season, there was none to be seen, but the warmer weather allows for more swimming and whiling away of time in the rock pools.

Many a good laugh was had around the outdoor fires at the atmospheric “huts”. My favourites are the new, modern wooden huts at Noetsie and the limestone and calcrete one at Vaalkrans, where the seas smash into a cave under the cottage.

There are only two things that jar: the plastic rubbish that washes up on the beaches and the infestation of alien vegetation. If you think that plastic in the ocean is a minor problem, then you should see these unfrequented beaches. It will disturb you deeply. The most common items are water bottles, the bane of our times, and slip-slops (“plakkies”). On the positive side regular pairs of Black Oystercatchers dot the beaches, indicating that the birds are making a comeback. 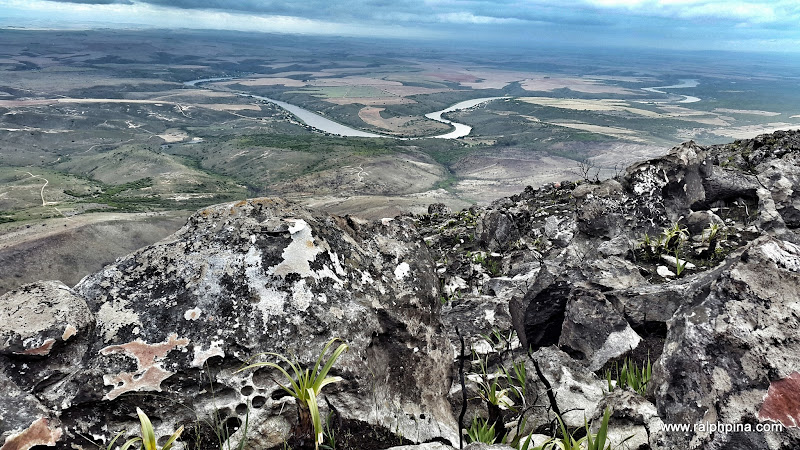 After the fires, Acacia saligna (Port Jackson willow or golden wattle) trees are sprouting up along Klipdrifsfonteinspruit valley floor like hair on a dog’s back. Now is the time to spray the bright green saplings. More disappointing, however, is the rapid spread of Acacia cyclops (“rooikrans”) along the coastal cliffs and dunes. It is far worse than it was when I last walked the trail in 2005 and indicates that CapeNature, the conservation agency that is the custodian of De Hoop Nature Reserve, has failed in its duty to control and eradicate the Australian invader. The diversity of the coastal fynbos is under serious threat and CapeNature needs to use some of the substantial money that it makes out of the Whale Trail to deal with the problem on a sustainable basis. 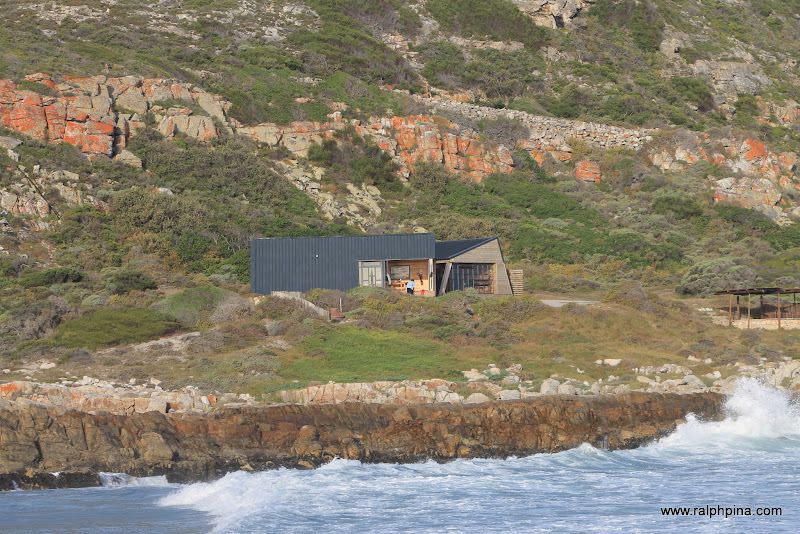 Go to the photo album 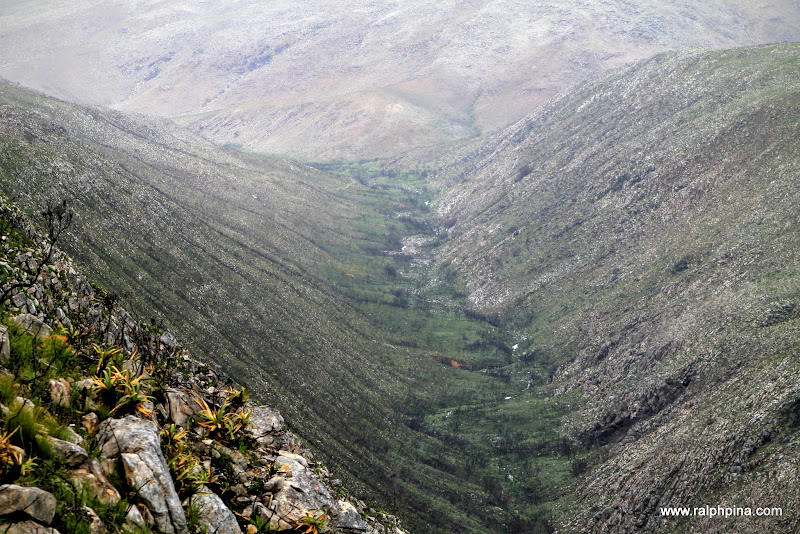 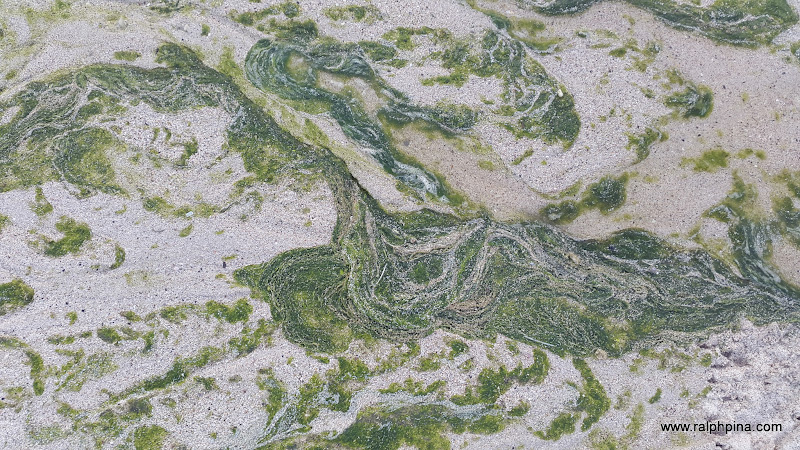 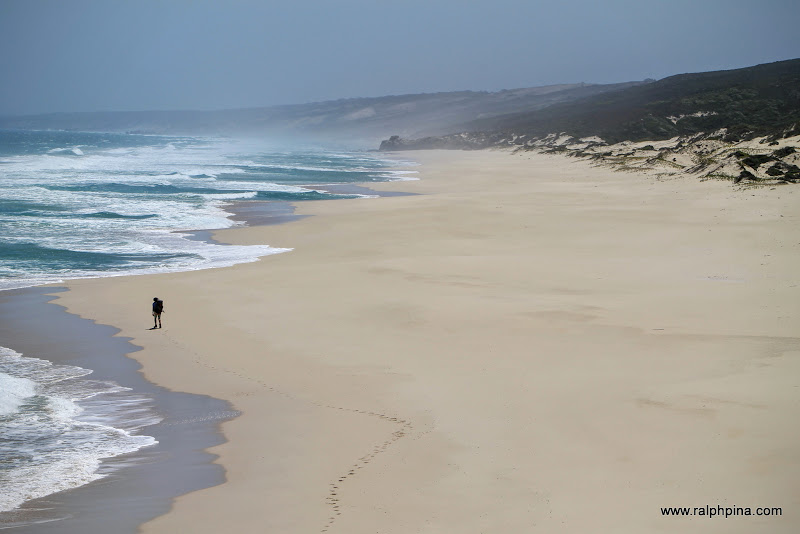 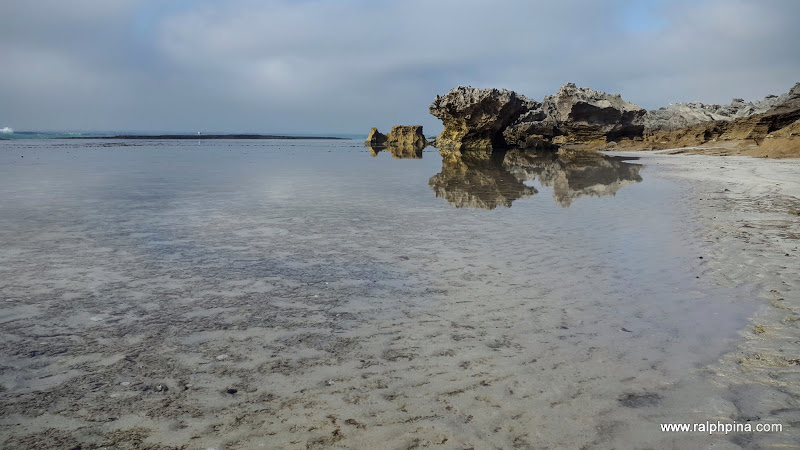