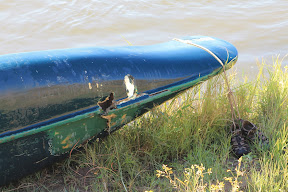 There we were quietly enjoying the tranquility of the Zambezi from our Mana Pools campsite. As is so often the case, tranquility is an illusion in the wild. Suddenly there was a commotion upstream of us. A canoeing safari group had rounded the bend and one canoe had “exploded” as if torpedoed and the other was circling around trying to rescue its two occupants.

The story follows in photos …

Marion and I paddled the then five-day Tamarind Canoe Safari from Chirundu to Mana Pools back in 2001. There were a few close calls then too. 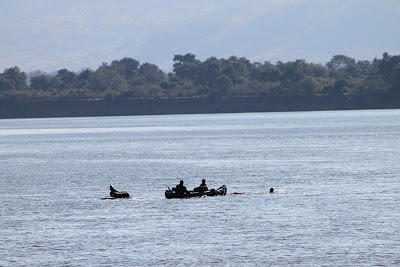 One canoe is sinking, a swimmer’s head is visible on the right. 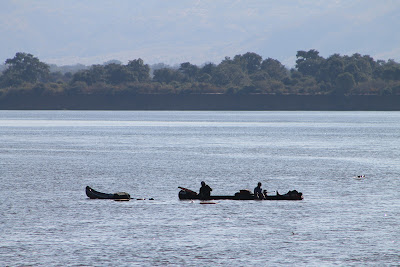 The swimmers are pulled closer to the surviving canoe. The accused watches his handiwork from the right. 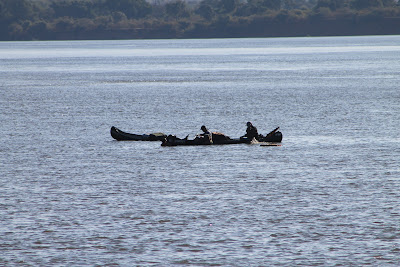 The rescuers head for the bank. One swimmer hangs on the bow. 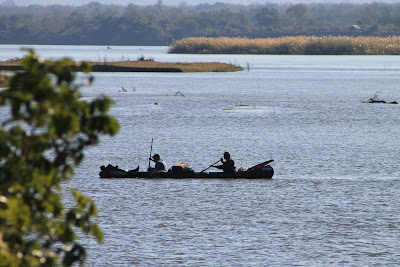 Almost safe. The other survivor, the guide, is adjacent to the front paddler. 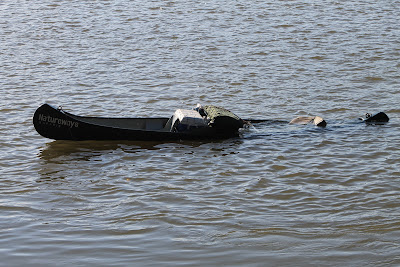 The holed canoe drifts past. 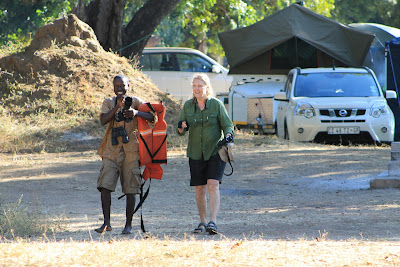 The survivors. The guide on the left is a lucky chap. 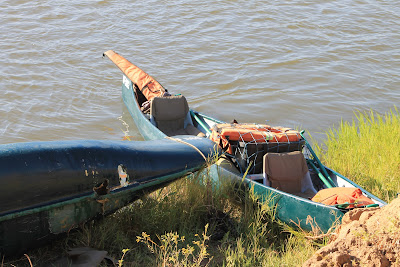 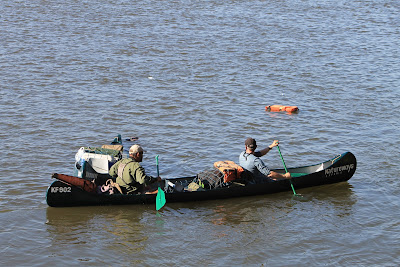 The other canoe picks up the flotsam.