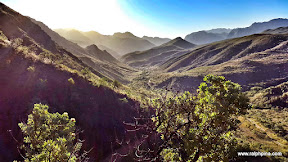 North along the Kraalstroom valley

Two things about this impromptu hike concerned me in retrospect. Firstly, I had a premonition the night before departure that it would end badly. Usually I do not experience premonitions, and never bad ones. Secondly,  after strenuous bundu-bashing and scrambling with full-pack, and then “hitting the wall”, my attitude became dangerously fatalistic. Thick tongued and losing coordination, I lost the fear of heights as we descended a precipitous cliff, swung around a vertical, thin rock protrusion with only tenuous foot and handholds, the centrifugal force of the swinging pack tugging at me. This is not a good state of mind to be in, high in the mountains with the afternoon waning. Ultimately it all ended well, but the experience chastened me. If it was not for Kevin’s strength and fitness when he helped me get my pack up the neck above Donkerkloof and then over Spitskop, I would have had to spend the night up there.

Warning: This is not a recognised trail and should only be attempted in the company of a mountain club member who knows these mountains. Obtain a safety form from the Limietberg Nature Reserve manager. Secondly, my GPS track recorded a couple of detours that are not recommended. Thirdly, be prepared, fit and hydrated.

So how did get ourselves into this situation? Kevin had been talking about doing the traverse across the Wemmershoek mountains from the mountain club’s hut at Agter Tafelberg to Bruce Powrie’s farm, Olive Glen, on the old Du Toitskloof pass for quite a while. Bruce, a mountain club member as well, had done the 16 km in 7 hours and provided us with a GPS track. It didn’t sound too difficult. On Friday Kevin suggested that we walk to the hut on Saturday and then do the traverse the next day, the planned culling of pines on Victoria Peak having been cancelled due to lack of interest. 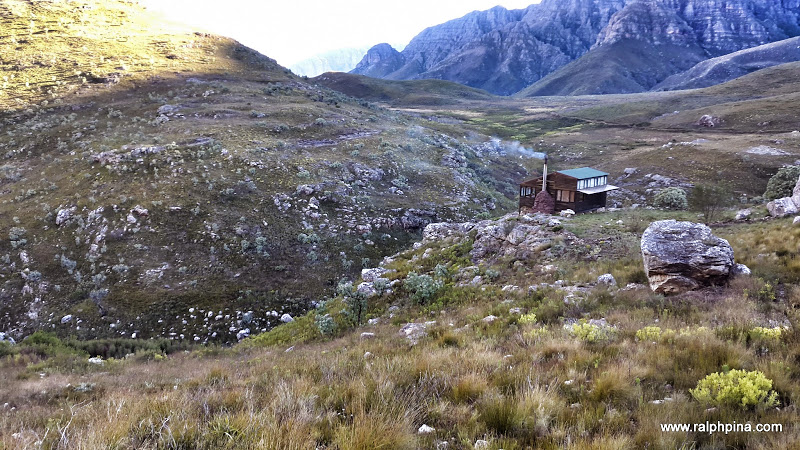 The 9 km or so stroll to the hut was pleasant and the weather was crisp and sunny. It  is easy to see why the Agter Tafelberg hut is the pride and joy of the mountain club’s Cape Town section. The well-maintained refugio is beautifully located above the Elands River, accessible but fairly remote. The next morning we leisurely prepared for the traverse. Our companions in the hut enquired if were going to “do it in one day”. Strange question we thought. We only had 16 km to do, after all.

The first third of the hike along the Winterberg to the high valleys before Haelhoeksneeukop was easy and breathtaking. There was a discernable path and the GPS track was easy to follow. However, when we started skirting Haelhoeksneeukop, above Wemmershoek Dam, the path had long since disappeared and we were contouring along a sixty degree slope, through low fynbos and over rocks loosened by recent fires. It was exhausting – for me anyway.

If the 3D map does not render, download the kmz file and view in Google Earth

Our mistake was to climb the neck above Donkerkloof instead of traversing south of Spitskop. That climb and the subsequent scramble over Spitskop added hours to the hike and did me in thoroughly. From there it was simply an interminable slog across more peaks and bogs until the descent to the farm, which we reached well after dark. Sixteen kms on a path with full-pack is very doable, but 16 kms of bundu-bashing and scrambling is only for the young and the very fit. 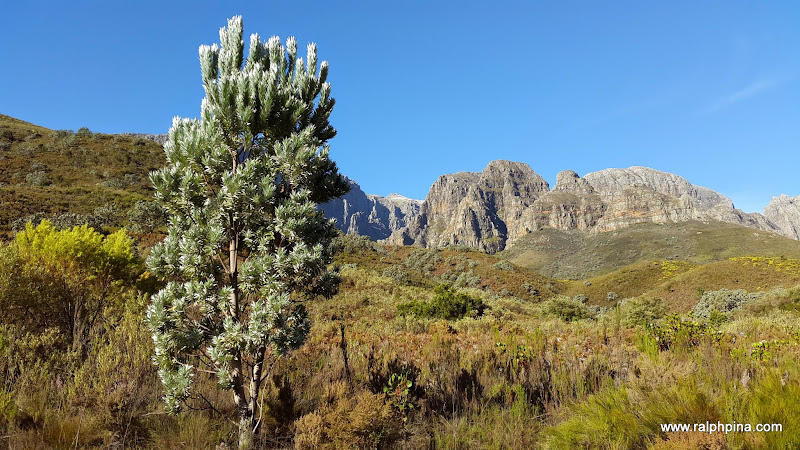 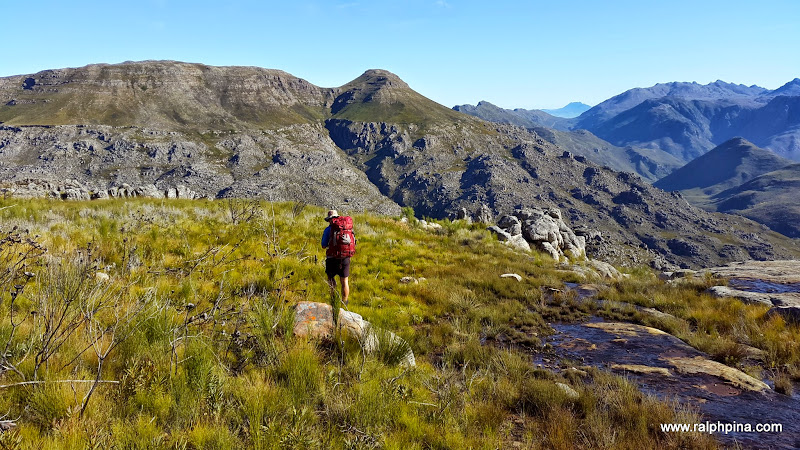 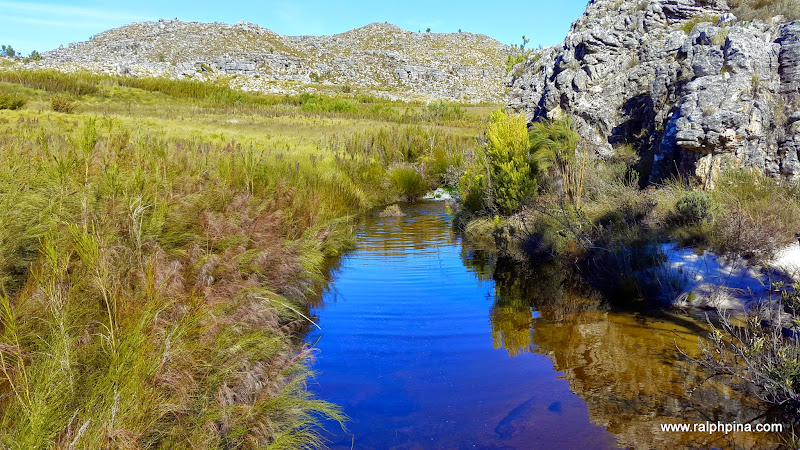 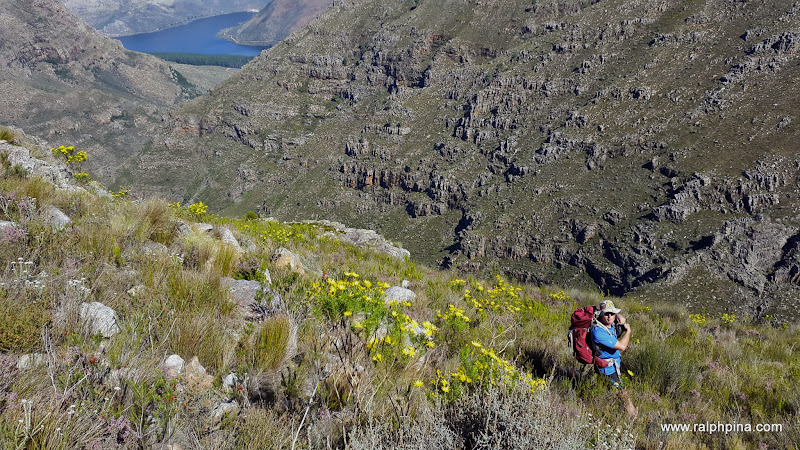