Victoria Peak in the snow

The best experiences are always born of spur-of-the-moment decisions. Kevin Koorzen and I were both suffering from cabin fever

after weeks of winter had gripped the Cape spring but as the first sunny day revealed white peaks, we were “on”. An early setback was being told at the Jonkershoek gate that the road was closed to vehicles. This was going to be a long day, because we were determined to reach Victoria Peak. Luckily a stray Water Affairs bakkie gave us a lift to the Witbrug, saving us at least an hour. In any case, it was a 25km yomp there and back, but worth every drop of sweat and the tired feet.

The final climb in knee-deep, soft snow was a killer. However, the views were staggering, the snow thicker than I have ever seen it – and it was almost deserted up there. In hindsight the road closure was a blessing in disguise as it meant that few were willing- or early enough – to make the pilgrimage to Victoria Peak. We crossed virgin snow and were the first on the peak. We met a handful of hardy souls heading up on our way down, including some trail runners who were poorly clothed for the conditions.

Enjoy the photos. It may be a long time before those peaks are so deeply blanketed again. 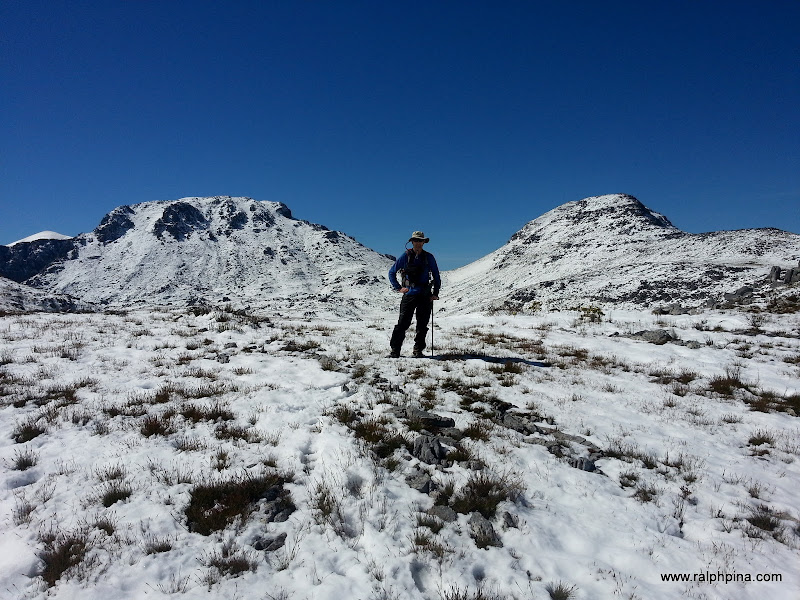 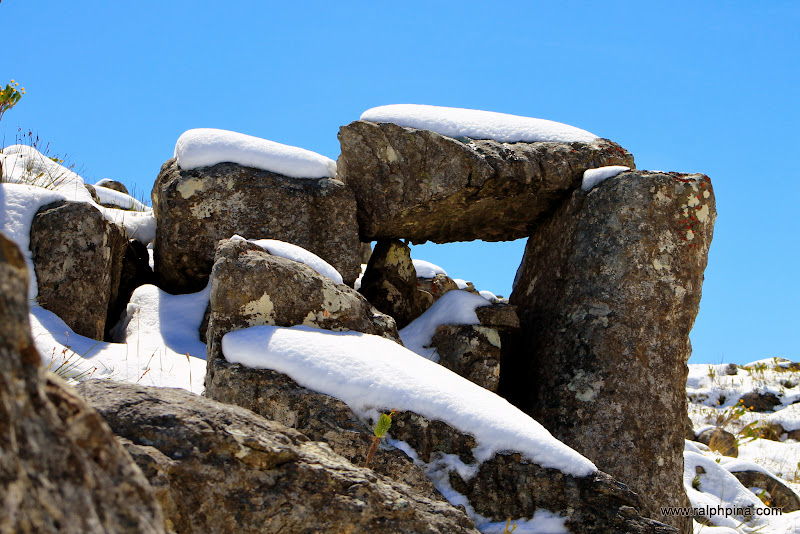 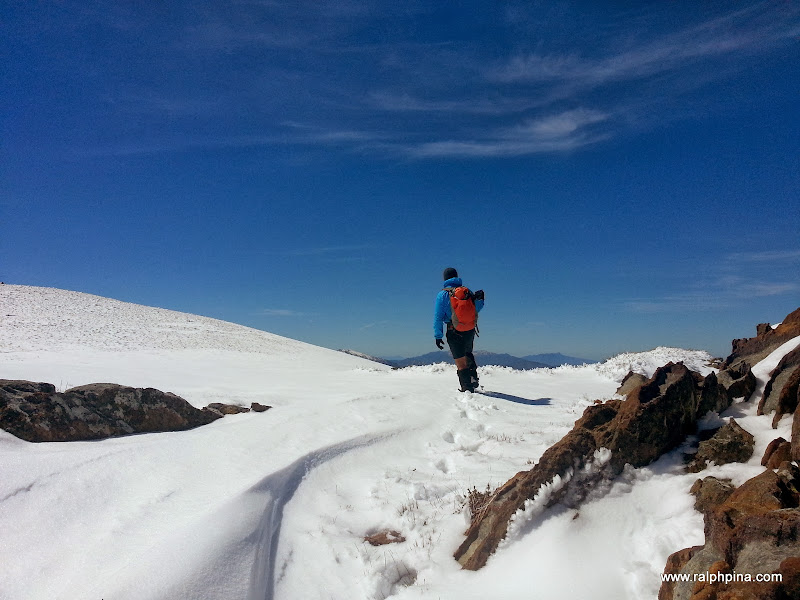 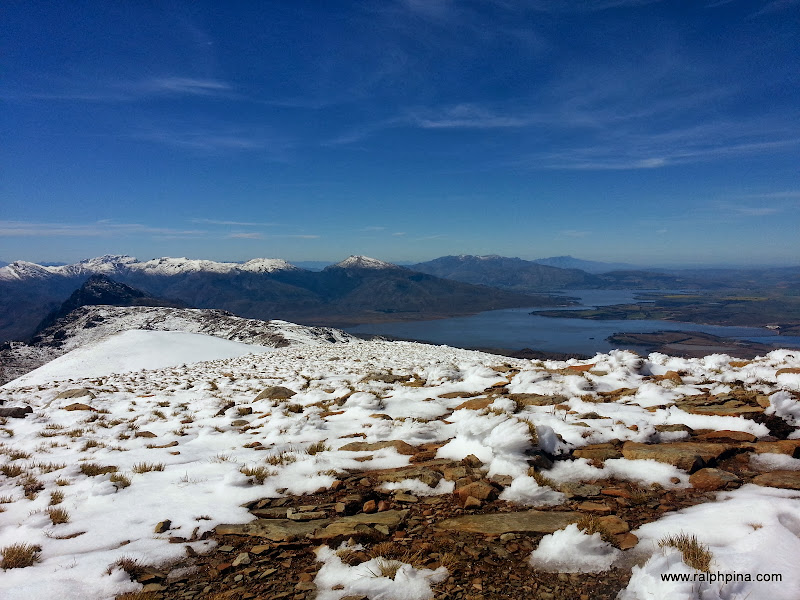 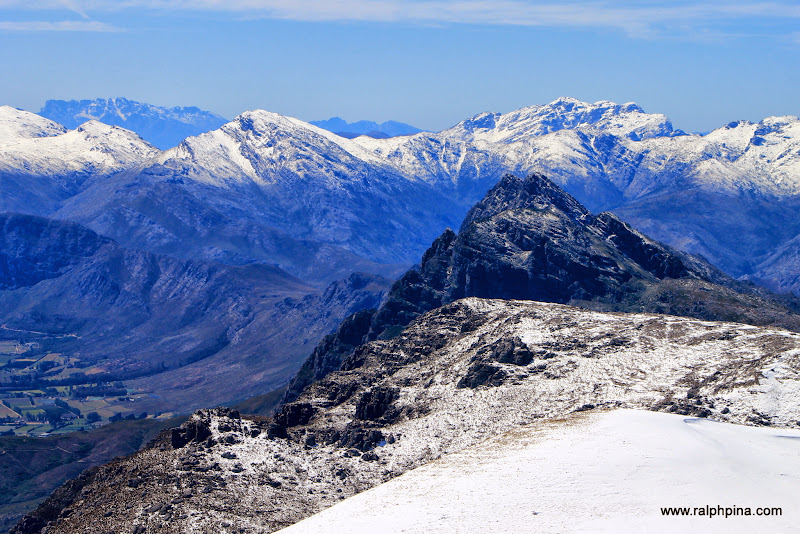