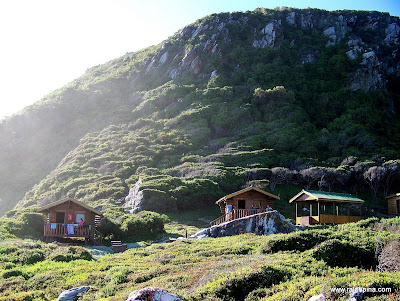 I last hiked the Otter Trail, perhaps South Africa’s most famous hiking trail, circa 1994 with some friends. It was mid-winter, fairly cold and mostly cloudy. Nevertheless, I remember that it was spectacular and never really expected to walk it again. Life is too short for reprises in my view. And then I unexpectedly received an invitation to join a group of fellow Stellenbosch mountain club members after a couple of late withdrawals (remember that one has to apply to enter a draw for reservations at least one year prior to departure, with the trail being limited to 12 trailists per day). Why not? It is summer, I have the leave, the university is still warming up for the academic year …

So off I went on a fantastic experience. We had five days of nigh perfect weather, the water whether salty or fresh was warm, the company was great and I was relishing a good, strenuous hike. On most days I walked alone with my thoughts, the younger crowd having disappeared early down the winding coastal path while others spent leisurely days swimming in every possible swimming hole. We met up again at lunch and river crossings and at the trail’s spectacularly sited overnight huts. Additions at the huts since my last visit were the cooking lapas and the outdoor showers – otherwise they were much the same as I remembered them: basic log cabins containing six bunkbeds each.

Spotting a Cape Clawless Otter on the Kleinbos River was a particular highlight. The animal was quite curious, bobbing its head to figure out what we were. Some of my companions found themselves within metres of it – I would like to see their photos and video. 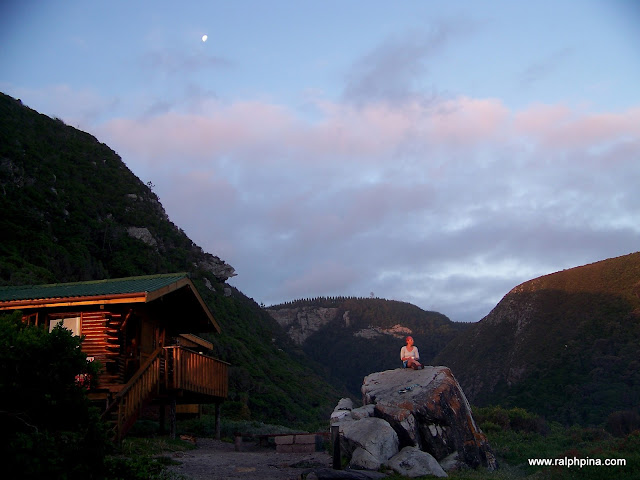 The elevation loss is greater than the gain because the trail now commences up near the park’s entrance gate.

This video is blocked for mobiles and in some countries (not my decision but YouTube’s). View the version without music soundtrack here…

The week before, the local news reported on a group of hikers who had been sucked out to sea at the notorious Blaauwkrantz (Bloukrans) rivermouth crossing. They were rescued by helicopter, plucked from the reefs, but lost their packs to the sea. We elected to not leave at 2 or 3 in the morning in order to make low-tide at the river, but to keep to our normal leisurely schedule and either cross if conditions were good or wait until the late afternoon’s low. In the event, we arrived at the crossing at high tide. But it was a beautiful, windless, sun-drenched day and the feared mouth resembled an ocean world playground. After watching the conditions for about an hour I crossed after the tide had turned (watch the video above) – twice, just for fun, although I did get a slight start close to the other side as the outgoing current caused the cliffs to slide past rather rapidly. But at least I had taken the precaution to start well upstream of my intended landing. However, I later discovered that I had donated my sunglasses to the Blaauwkrantz somewhere during the three crossings. That’s about the third pair to be “lost at sea”. I can imagine some sleek sharks sporting cool shades … 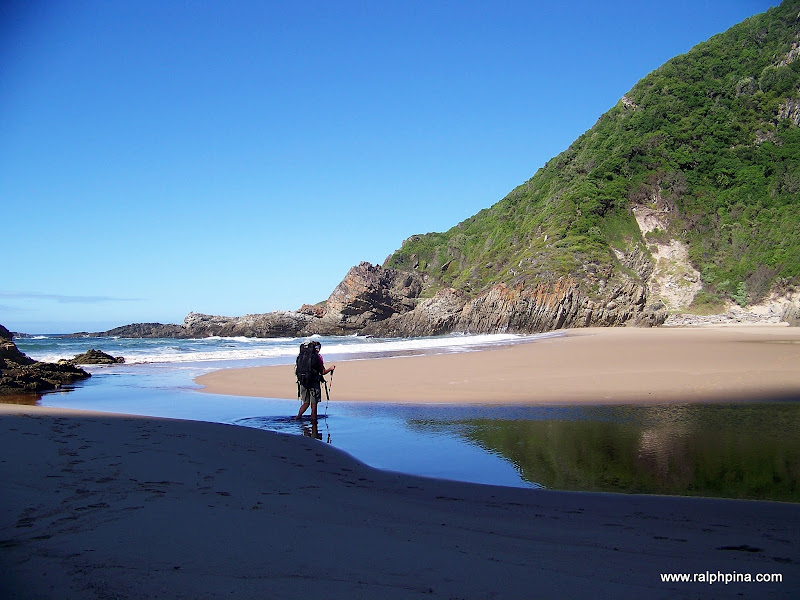 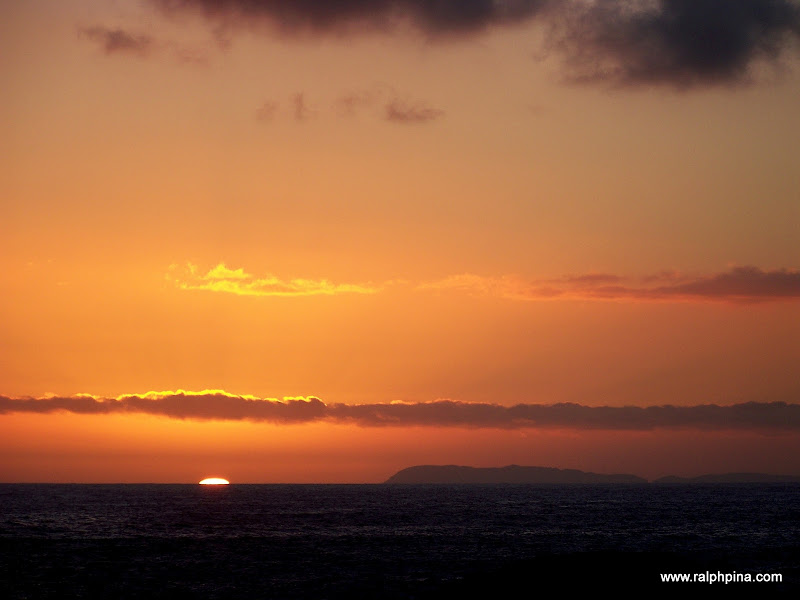 Sunset off Robberg from Oakhurst 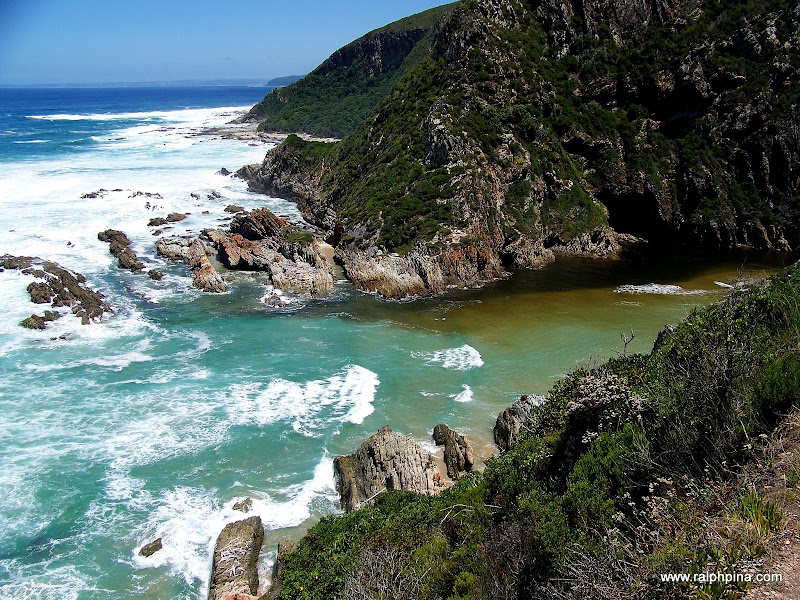 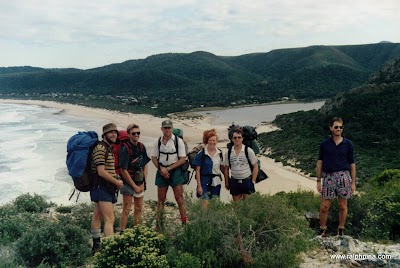 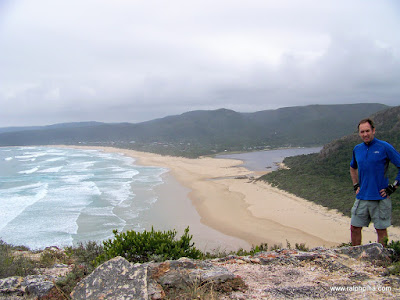