I could try and describe the extreme beauty of Torres del Paine in words – but that would be futile. I would rather let our photos convey some sense of its wonder and grandeur. 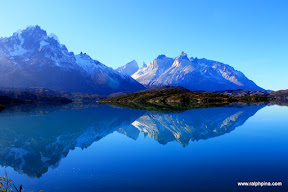 We walked the classic ‘W’-trail over 9 days covering some 107 km, starting at the CONAF administration HQ near Rio Serrano and exiting the park at Hosteria Las Torres in the east.

I first read about trekking in Torres del Paine in Outside magazine, an American outdoor adventure publication, some seven years ago. That article remained filed in my subconscious, until Kelson mentioned the magic word “Patagonia” three-years ago under that sodden oak in the Elandskloof. This year’s trek thus represents a dream realised – and we could not have had better weather. “Unprecedented, unheard of” weather according to Kelson. Out of the nine days of the trek we had eight consecutive days of windless, sunny conditions. Luckily for him, the rain and wind on the last day saved him from having to eat his (wife’s) very cute, pink beanie as part of a wager that had him progressively more worried as one perfect day followed the previous one. We would have fed it to him with the herbs and spices that he is so fond of…

Photos and Google Earth track follow. With time I will add some video clips.

In the CONAF (Chile’s National Forest Corporation that is the custodian of the park) HQ’s entrance hall, there is a display  of artifacts, a 3-D terrain model and historical photographs of the park. In a nondescript display case lies a coiled rope which is clearly not a modern mountaineering rope. The caption explains that it is the pitch rope used by a team of South African climbers who were the first to scale Las Torres’ Central Tower (which is probably one of the most photographed pieces of granite on earth) in 1973-4 – when Torres del Paine was still an estancia. The incredible story of that expedition makes for riveting reading. One of the climbers broke his back in a fall but survived to tell the tale. The route is still known as the “South African Route” (it did make me wonder why there is no campsite named after the South African team when all the others are named after other nations’ climbing teams … Britanico, Italiano, Japones).

While searching through the Outside site’s archives for that article I was struck how Torres del Paine has grown in popularity, first amongst the trekking crowd and more recently, I suspect, for the mass tourism market. An article dated 2000 mentions an annual visitor volume of 60 000; by 2010 the number was reported to be 130 000 turistas. In more innocent times, soon after the park was proclaimed in 1976, only 5000 visitors trod its trails! It is not a large national park, only 2 400 km2 in area (about 12% of the Kruger National Park’s area) and large tracts are inaccessible with the popular areas limited to the ‘W’ trail and the campsites and lodges on that route. So the human impact on the park is palpable, manifesting recently in more frequent wildfires as discussed further on. Given the limited sizes of the campsites and ablution facilities, we visited at the best possible time – at the end of the tourist season just before the refugios and lodges closed for the winter on 30 April – when visitor numbers are low. I would hate to be there when there are hundreds of trekkers at any given site…

These days the park is heavily commercialised. Large hotels like Hosteria Lago Grey and Hosteria Las Torres dominate the western and eastern approaches and it is possible to walk the ‘W’ yet sleep comfortably in a refugio, lodge or hosteria every night. Access to the park is by mini-bus from Puerto Natales and then by ferry to key locations on the ‘W’. There are, however, also atmospheric, small lodges like Grey and Las Cuernos which offered us welcome relief from the camping grind every few days. 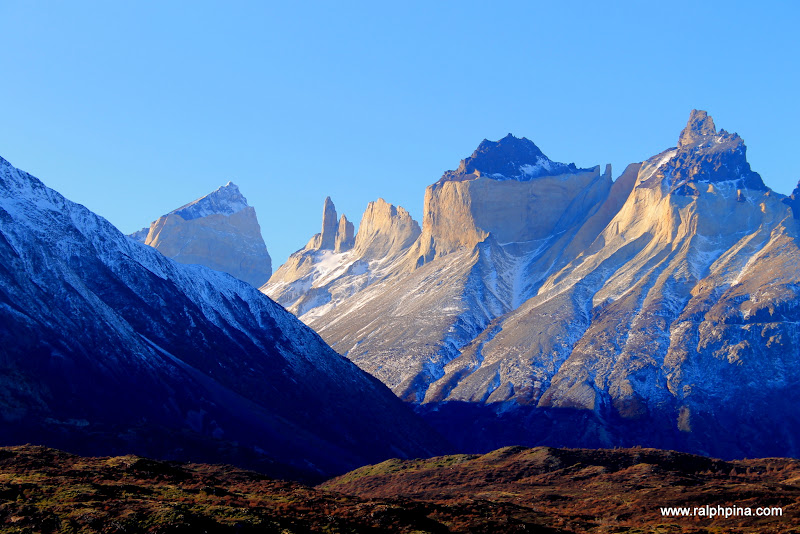 The south-western sector of the park, from the CONAF administration building almost up to Refugio Grey has been badly damaged by last December’s fire.

Refugio Paine Grande stands as an island in a black wasteland, its campsite destroyed while the lodge itself was only semi-operational. But the eastern legs of the ‘W’ are relatively unscathed. The southern beech forest is not a fire-driven ecology so recent news of a five-year ecological restoration project is indeed welcome.

It has been said that ecotourism carries the seeds of its own destruction. Torres del Paine is walking that fine line between preserving a landscape and destroying it with love. If you ever get the chance, you should go and see this place and breathe in its searing beauty. But tread lightly and respect its fragility. At least, unlike the Kruger Park, almost the only way of moving around the park is on foot, except for the ferry trips. But the big hotels on its fringe jar. 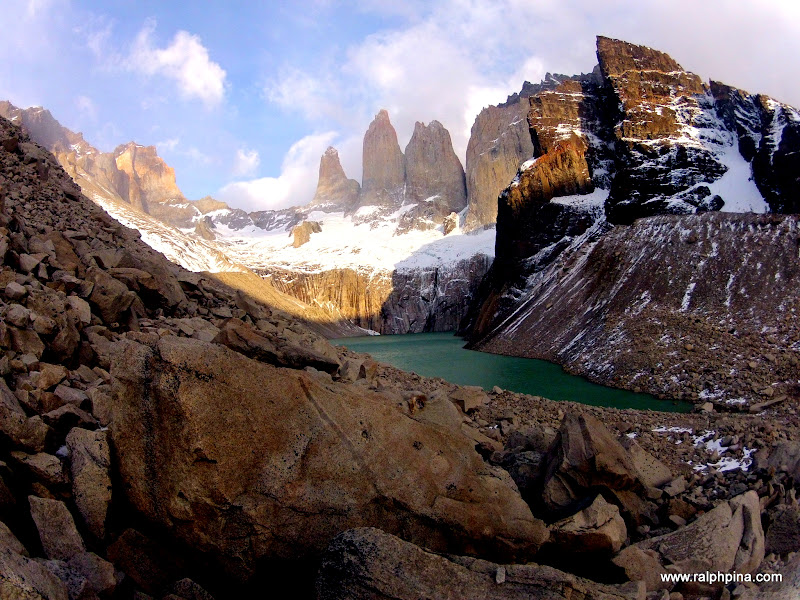 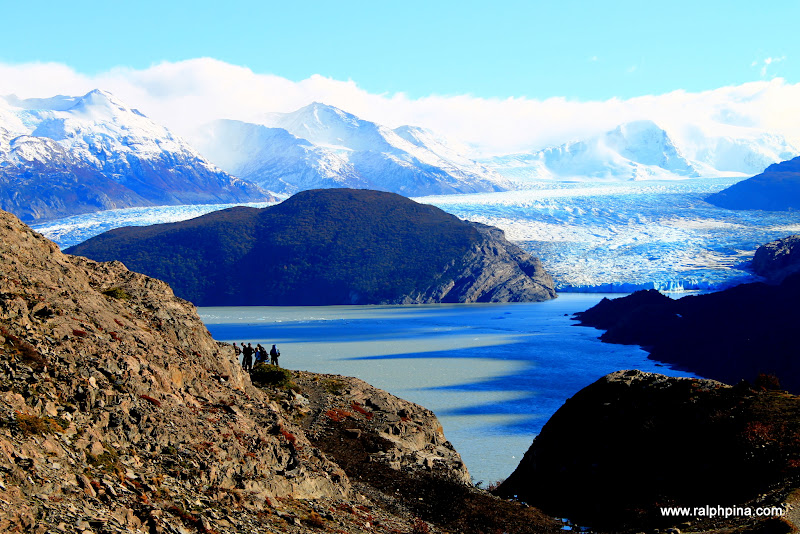 Trek planned and guided by Kelson da Cruz of TrekSA.