Aka The Return of Gaucho Pedro

This 3-day hike was like old times again – hiking with Peter Groves, my erstwhile hiking buddy who is out from the UK on holiday. Peter is also known as “Gaucho Pedro” after his escapades in Patagonia last year. 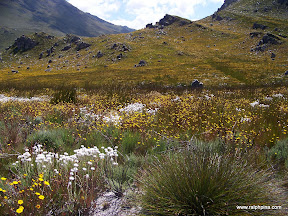 The Hottentots Holland section of the Boland Trail is a circuit of some 40km through the heart of the rugged Hottentots Holland Nature Reserve, which is a key component of the Cape Floral Region protected areas that now enjoy UNESCO World Heritage Site status.

The World Heritage Site citation is clear about what makes this place special:

“The Cape Floral Region has been recognised as one of the most special places for plants—in terms of diversity, density and number of endemic species—in the world. Covering less than 0.5% of the area of Africa but home to nearly 20% of the continent’s flora, this extraordinary assemblage of plant life and its associated fauna is represented by a series of eight protected areas covering an area of 553,000 ha. These protected areas also conserve the outstanding ecological, biological and evolutionary processes associated with the beautiful and distinctive Fynbos vegetation, unique to the Cape Floral Region.”

We had an eventful start. I knew that the huts at Landdroskop had been closed since March for repairs after apparent vandalism (can you credit it?), but CapeNature reservations staff had been adamant that Shamrock hut was open again. The staff at Nuweberg, the responsible CapeNature station and start of the hike, however were equally adamant that it was not. After some ‘phone calls and animated discussions, we were on our way. Although the gradient is relentlessly uphill, the average slope is only 8.9% and the hiker is rewarded with fine views of the Groenland mountains and the Grabouw plateau. 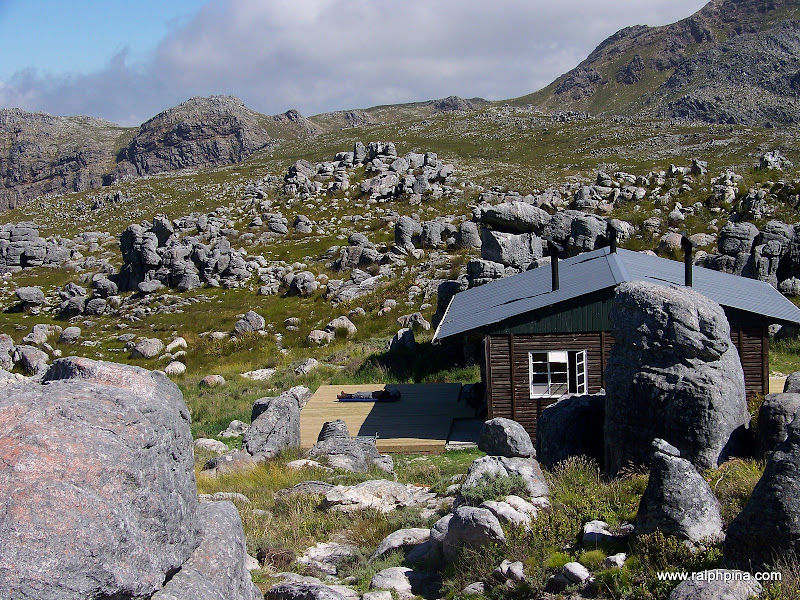 Shamrock hut was in good condition, although the repair contractors had left a fine mess around the hut which we endeavoured to clean up as best we could. Evidently, not everybody is impressed with World Heritage Site status.

This is the longest day of the three at about 16.1 km (the maps say 17.6 km but my GPS was adamant). As the trail winds down from Landdroskop (“magistrate’s hill”) the Riviersonderend Gorge (“river without end”) opens up before you. Massive wildfires swept through these parts in 2009 but the veld is recovering beautifully, as you can see from the photos. All day the vistas are majestic. There are excellent swimming pools at regular intervals in the middle section from Boegoekloof to Noordekloof, where you can lie in the pools and drink the water simultaneously. The only potentially tiring bit is the climb up Noordekloof from about km 9 to Pofaddernek (“puff adder saddle”), which although not steep is steady and can be hot work in the afternoon sun. 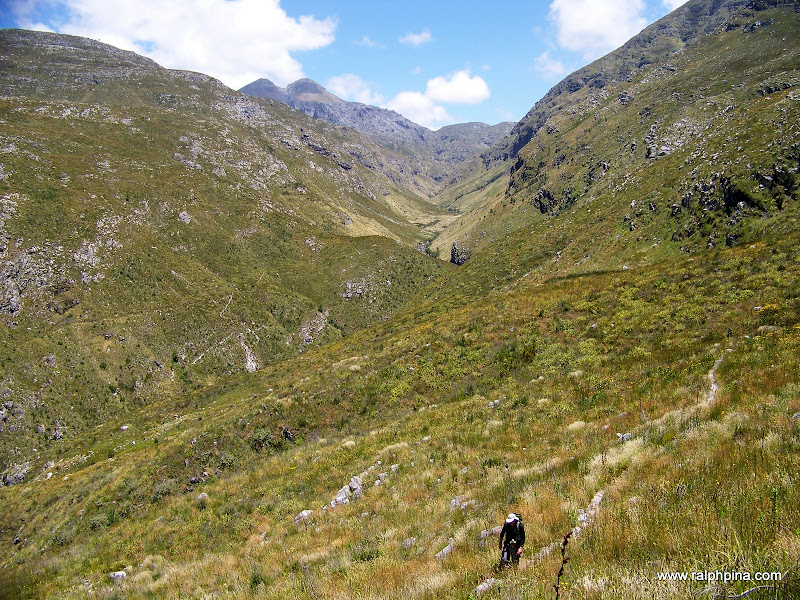 The more adventurous can jump and swim down Suicide Gorge to exit near Nuweberg and we came across a group of young guys doing this as we skirted the top of the gorge. Be warned however: the jumps are very high and the water is cold.

From Pofaddernek the view east down Bobbejaankloof to Boesmanskloof is something to behold. Spend some time here. The stony path zig-zags down the hot aspect of a ridge where unfortunately some hikers have seen fit to cut short-cuts that have  eroded badly with time. The zig-zag section is known as Tandseer (“toothache”), which seems to be quite apt although I’m not sure why. 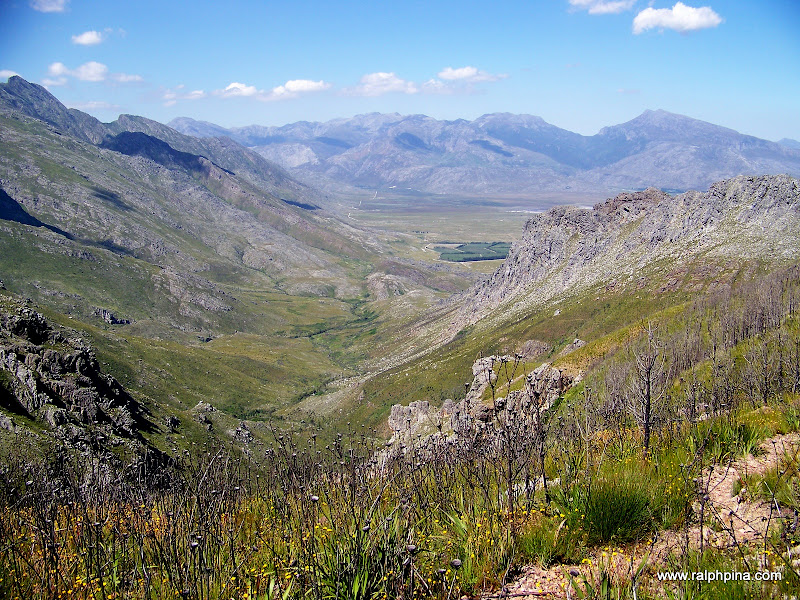 The Boesmanskloof hut is in good nick and beautifully situated for views across the Theewaterskloof (“tea waters gorge” – so named after the colour of the water in the mountain streams) dam. 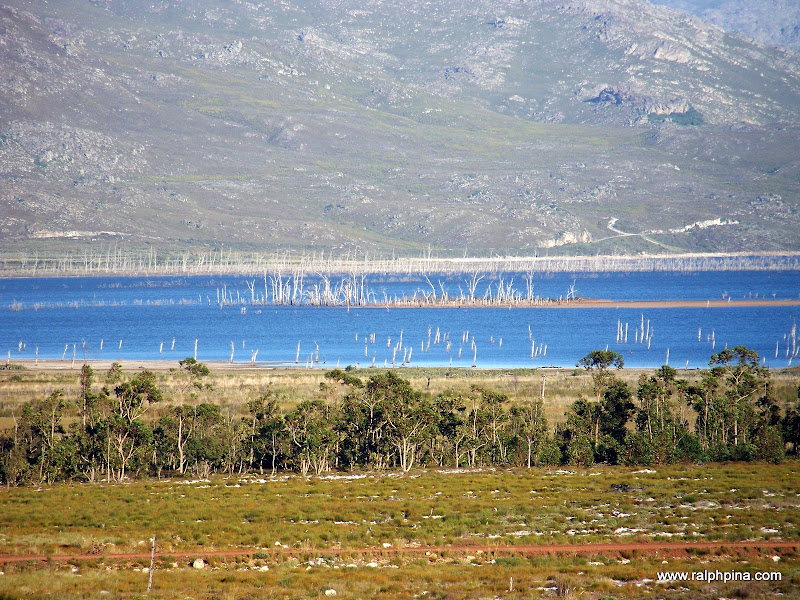 As is its wont in these parts, the weather changes rapidly and we woke to a strong northerly wind and the imminent threat of rain. As we had prepared and watched the long-range forecasts carefully, we were ready to start early and make it back to Nuweberg before the front proper hit. Fortunately, the walk back was in the lee of the mountains and it only really began spitting as we trudged into Nuweberg. Back in Stellenbosch it was already bucketing down. 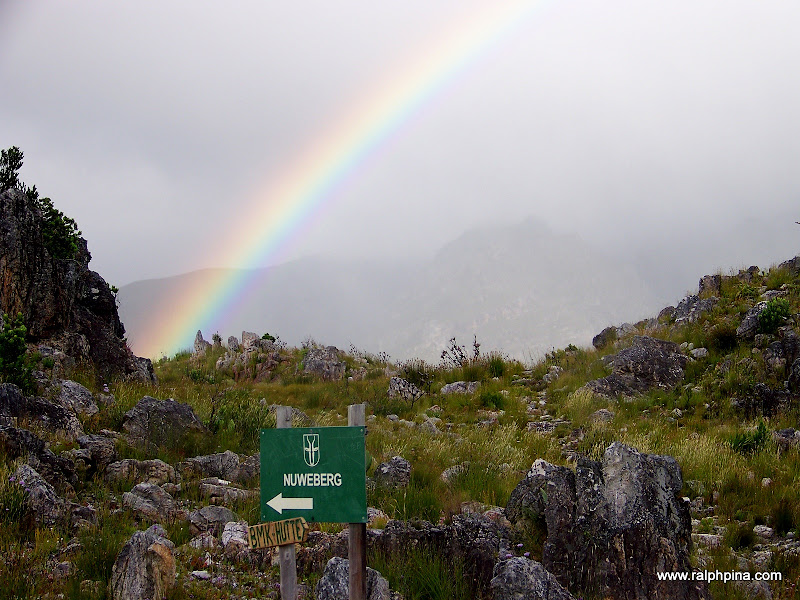 Note that the vertical scale of the Day 3 profile differs markedly from the other days’ profiles – it is in fact very level with a steep climb at the very end.