I’ve long heard of it and I’ve always wanted to go there. Much of the area is owned by

the UCT Mountain and Ski Club and the Mountain Club (MCSA) is able to obtain permits. I went with the Stellenbosch section of the MCSA. But be warned: be fit or be young…

From some experience as a perennial applicant, the MCSA-Stellenbosch’s briefing e-mails are famously terse and lacking in detail. When I did Visgat with them for instance, no one mentioned that a  lilo may be useful – so I am probably one of the few to go down that canyon on a camping mattress. A recent e-mail about an abseiling trip stated baldly: Geen hoogtevrees! (no fear of heights!). Not exactly encouraging if this was going to be only your second abseil and you are a little apprehensive…

And so it was with the Witels too to an extent. I knew there’d be swimming and that my pack would have to be waterproof, and that there’d be some bouldering. But the 1000m climb and subsequent descent down “Happy Hill” to reach the Witels canyon came as a slight surprise. It was a good thing that we tackled the climb in the early morning and in the shade because the gradient is steep and the day turned out to be fairly hot. We entered the kloof just below Barrier Falls at about midday and settled into camp at Disa Camp with all other sound drowned out by the din of nearby Disa Falls. The sound of falling water makes for sound sleep though. 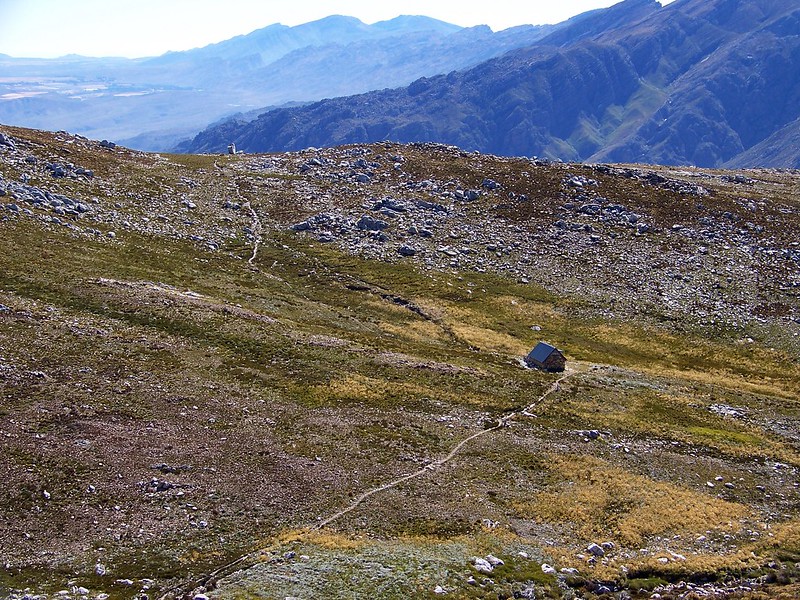 Day 2 dawned warm and windless – which was good because it involved a number of wades and swims, 10 swims in all, with the longest being Swim 7 which is about 200 m in length. Swims involve floating your pack and swimming it through a slot canyon that is otherwise impassable. We lunched at The Alder Ring which would also be a great place to camp (Witels derives its name from the Afrikaans for “white alder”). I found the boulder-hopping with full-pack and the longer swims, which I had to tackle with my boots on, quite tiring. On the other hand the heat of the day made the swims pleasant and refreshing.

We camped at Whiskey Camp which features a number of flat, sandy sites nestled in rock and bush – a nice camp. However, I discovered that the dry bag that contained my sleeping bag was anything but. Luckily the warm evening breeze dried the sleeping bag quickly. An excellent supper of pasta with ham, cheese and mushroom sauce amounted to the best food I’ve made for myself on any trail, although that may have had something to do with the energy that I burned on that day (a few kg’s were lost in total, which pleased me greatly)…

Day 3 involved plenty of wading but only two swims and took us through the spectacular Happy Valley. Near Boulder Camp we came across some fly-fishermen who had worked their way upriver from the canyon mouth. We camped at Leopard Camp under a threatening sky while the fishermen wisely gapped it. 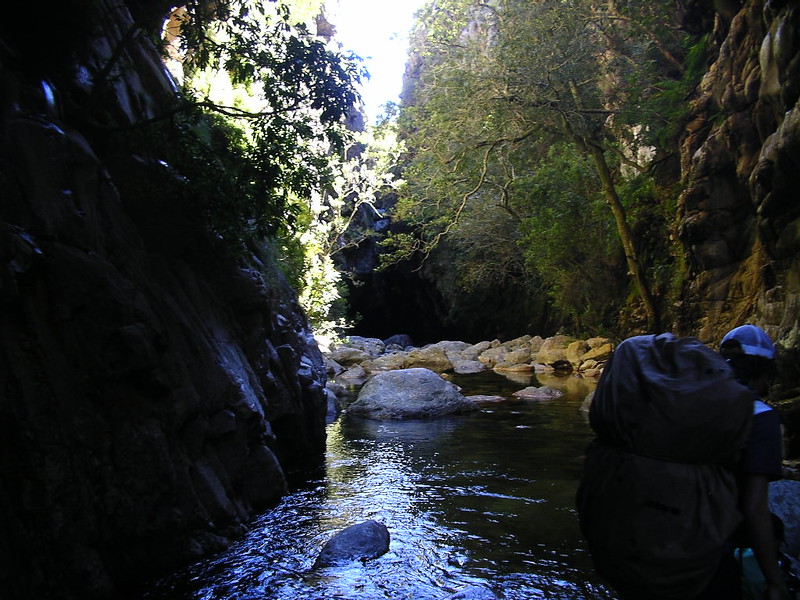 During the night the rain started but I had made a bivvy from my sieve-like groundsheet and poncho and actually had a great, dry sleep. At sunrise the weather had closed in and we decided to hike out without breakfast. The last couple of kays to the Witels-Dwars confluence were the most difficult and lousiest of the trip. Alien Port Jackson willow has penetrated to just below Leopard Camp and in places forms almost-impenetrable thickets. The boulders were now all wet and treacherous and I had two heavy falls that sent me rolling pack-and-all into the river. 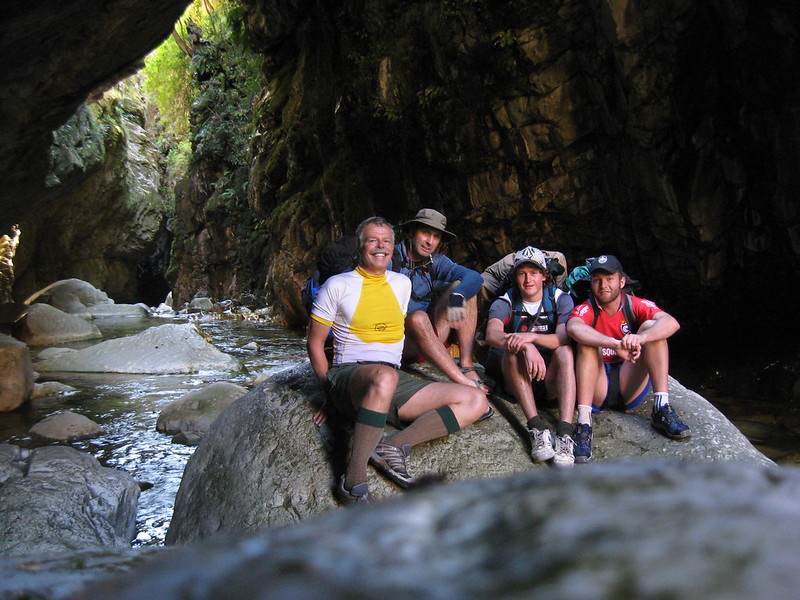 The “full-house” brunch at The Mill & Oaks restaurant proved to be the absolute highlight of the day. I for one was bruised, scratched and sore, but satisfied to have “done the Witels”. I had even had the fingerprints on my right hand “ironed” smooth from supporting myself on hot boulders during the previous days, despite wearing sawn-off sailing gloves! The middle and upper sections of the kloof proper were however enjoyable and full of adventure.

I think I now know why the Witels has acquired almost-legendary status for the privileged few who have been and those that have heard about it and would like to go. It leaves its mark on you. 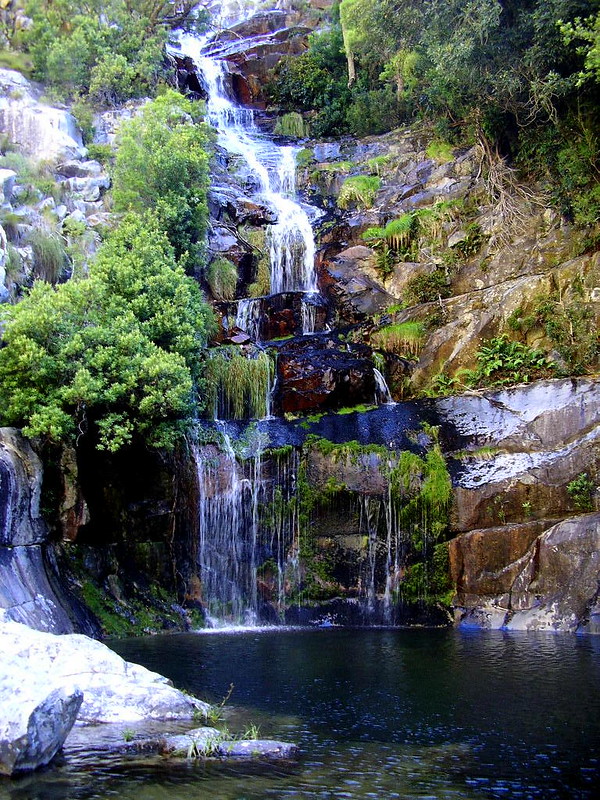 For others who may be interested in doing this kloofing trip with the mountain club I include these tips that I would have found useful:

A GPS predictably doesn’t work in the kloof.