As I was contemplating a short post about the Volunteer Wildfire Services (VWS), and specifically its rookie branch in the Jonkershoek valley, we were called out to mop up a plantation fire above Rozendal yesterday at around 6 pm. It was our first op since 27 Jonkershoek volunteers qualified in November – so there was a fair degree of excitement and nervousness. But it went well and when we were withdrawn at midnight the fire was well under control despite the south-easterly gale screaming down the valley. The training is paying off and the growing camaraderie is palpable. Everybody is there because he/she wants to be there.

The VWS is an impressive organisation. Established in 1999 and entirely staffed by volunteers, it provides integrated wildfire management services to conservation agencies, specifically SA National Parks on the Cape Peninsula in Table Mountain National Park, and Cape Nature in the Jonkershoek, Hottentots Holland, Kogelberg and Limietberg reserves. Situated as we are in the fire-driven ecology of the Cape Floral Region, a World Heritage Site, regular fires in the fynbos are a fact of life.  And the summer fire season is underway…

There are 3 VWS stations: the HQ at Newlands, Scarborough and the new one at Jonkershoek. VWS can mobilise more than 140 volunteer firefighters and as I understand about 50 recruits were inducted in November. The training is thorough and the unit is well equipped – and I believe that VWS’ services are respected and appreciated by SANP and their professional, fire-fighting peers.

VWS Jonkershoek will be called out by the Cape Nature reserve manager in Jonkershoek, mainly to fight wildfires in the mountains of the reserve where the recent summer fires ravaged 30% of the vegetation. Biodiversity is consequently at risk should fires break out in areas that burned only 4 or 5 years ago, far shorter than the “optimum” no-fire period for fynbos. So where and when fires burn are crucial issues in Jonkershoek fire management during the next few years.

Much to our amazement we were informed that the patch of mountainous territory that we (VWS-JNK) are tasked to help protect is some 290 000 ha in extent! And a lot of it is pretty inaccessible except by helicopter. It could be an interesting summer…

For almost-realtime updates of fires refer to the Advanced Fire Information System. 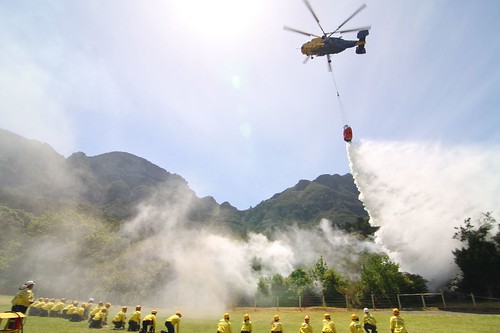 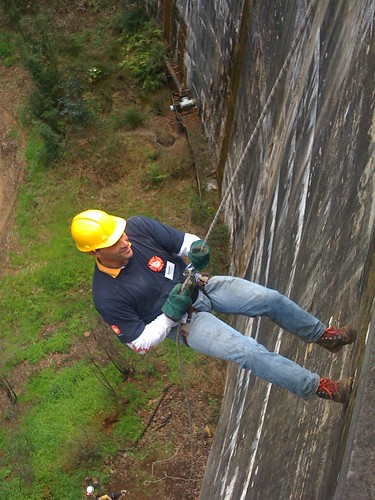