A Google Earth map of the Rim of Africa Conservation Mega Trail, Stage One, 120km from Pakhuis Pass in the northern Cederberg to the Koue Bokkeveld mountains follows:

The GE track shows almost every step of the trail as recorded on my Garmin Foretrex 101 personal navigator, waypoints describing some features or places, and geo-tagged photos.

We left our camp below Pakhuis Pass on a grey, misty day and our steps would be dogged by cold fronts and rain, except for the balmy days of our passage through the central Cederberg wilderness area from the Crystal Pools area to just north of Middelberg Pass. For me, those middle days were the highlights, especially when we skirted what would become known to the group as “the rim” between Bakleikraal and Breekkrans Valley. On that particular day one could literally see forever to the west, mountain ridge upon valley, as we raced a rapidly-closing cold front to our next campsite at Slangboshoek. 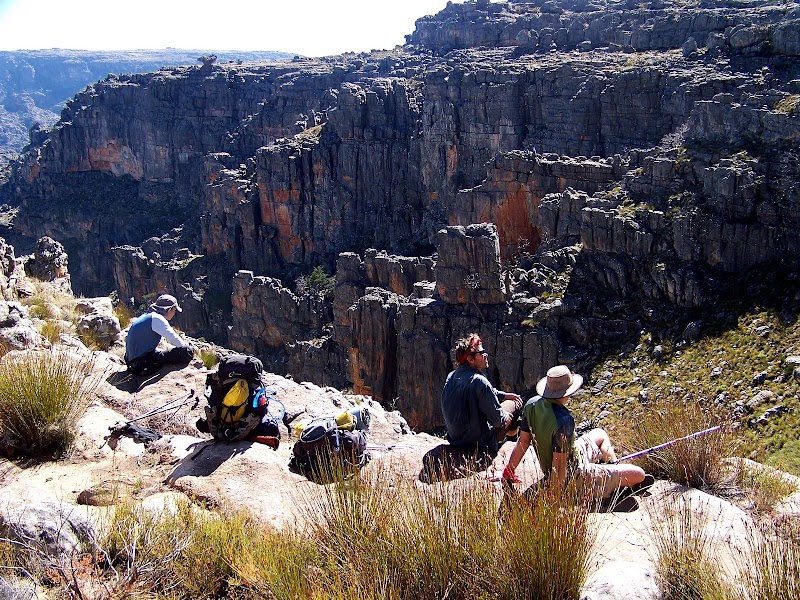 The trail was often tough – especially for those with less than optimal gear – always spectacular and uplifting, seldom a slog. We gazed out on vistas that few local hikers will ever see and listened to the utter silence of the rock and the metallic click of our walking poles as we picked our way south. 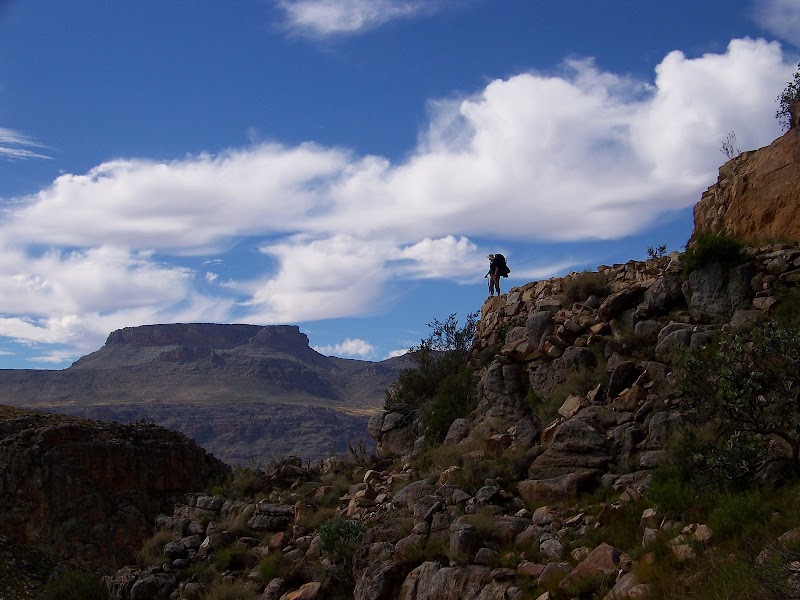 Eventually, having been trapped in our tents for a night and a morning by a raging storm at the head of the Elandskloof valley, we struck out into the fire-ravaged Hexberg Nature Reserve, a “lost” reserve. From there we climbed fire-blackened and white rock slopes and a sodden, peaty kloof into a gathering front in search of the gulley down to a remote valley. It was on the exposed ridges in rain, icy wind and poor visibility that Galeo and Ivan made the wise call to abort some 40km and two days short of our objective. I think the group was a little relieved to spend the night in a friendly farmer’s shed. 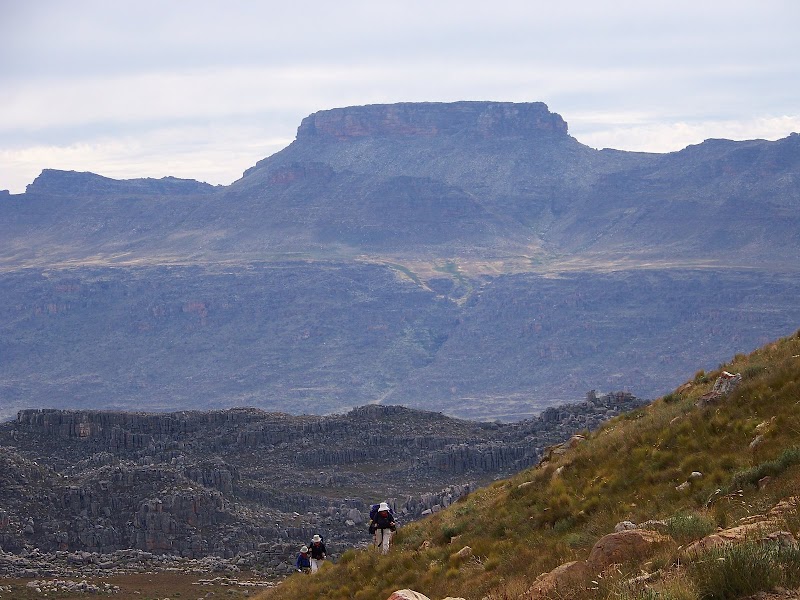 What an adventure, what an experience. Fitter and leaner I now look forward to completing the last couple of days and visiting Turret Peak. And then… stage two…. 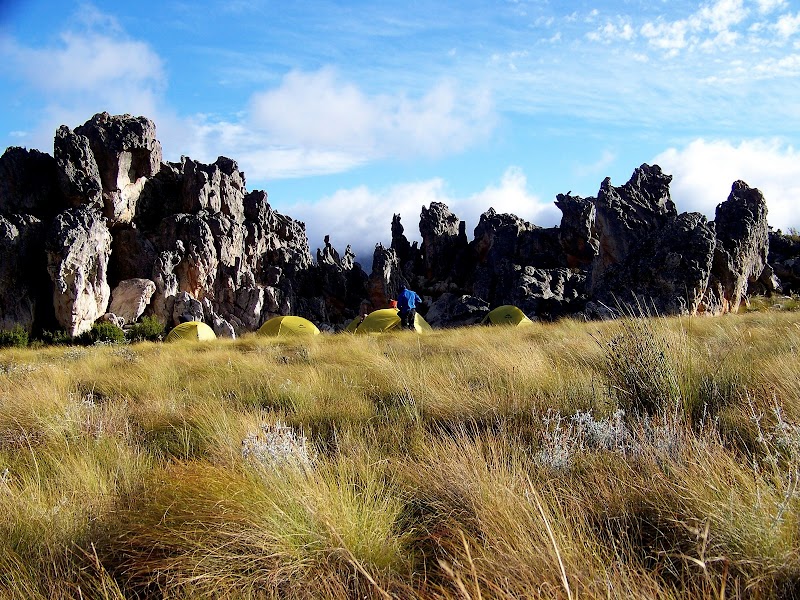