April 2008
An essential element of our Eastern Cape road-trip in April was to spend time in the Baviaanskloof again. The kloof was probably the most memorable section of the 400+km Eden to Addo mega-hike that I had done in 2006. We tackled it from east to west this time, only to discover that jeep tracks that were easy to walk were quite another matter for my high-clearance, 4×2 bakkie (don’t try it in a car!). The mega-reserve section up Combrink Pass across the Pisgoedvlakte plateau down to Rooihoek is only about 45km, but it took 2.5 hours. Granted, that included numerous stops to take in the breathtaking views.

You can download the Google Earth track of our Baviaanskloof journey, with geo-tagged photos, or view it in the map below:

Since the hike, black rhinos have been introduced into the reserve east of Geelhoutbos and this camp was being refurbished. The mega-reserve interpretation centre at the eastern end of the kloof should be worth a visit, but had been damaged by fire when we were there. The mega-reserve is taking shape and to quote the Wilderness Foundation:

The Baviaanskloof area is one of three areas in the Cape Floral Kingdom (CFK) that have been identified for mega-reserve status (an area of > 400 000 ha in extent) by the strategic bioregional conservation initiative, Cape Action for People and the Environment (C.A.P.E).

The rationale of the C.A.P.E proposal to establish mega-reserves in the Cape Floral Kingdom is founded on the need to adequately provide for the conservation of ecological and evolutionary patterns and processes. A mega-reserve is the name that has been used to describe such a landscape-wide conservation intervention.

The highlights of this trip were camping under a threatening sky at an almost deserted Rooihoek, and staying in Just-for-Two cottage at Matjiesfontein. 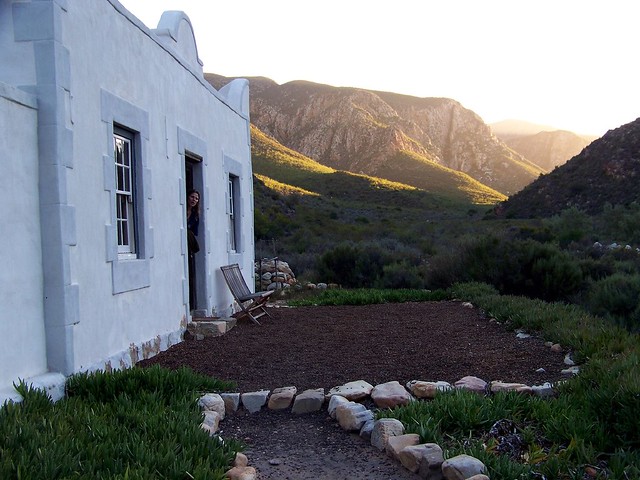 Matjiesfontein is owned by an enterprising young couple who have turned the farm into a retreat and a venue for eco-building courses and other activities. Through their Another Way Trust, they are empowering the local community by helping to establish sustainable, rural community-driven enterprises in bee-keeping and tourism, amongst others.

A tourism project that caught my eye was the Carnivore Camera Trails Project which proposes to establish day hikes to remote, motion-triggered research cameras that will be used by conservation authorities to record the movements of various carnivorous species, including the elusive and persecuted Baviaanskloof leopards. The project will finance the cameras and establish a community tourism business centred around guiding, trail maintenance and accommodation. 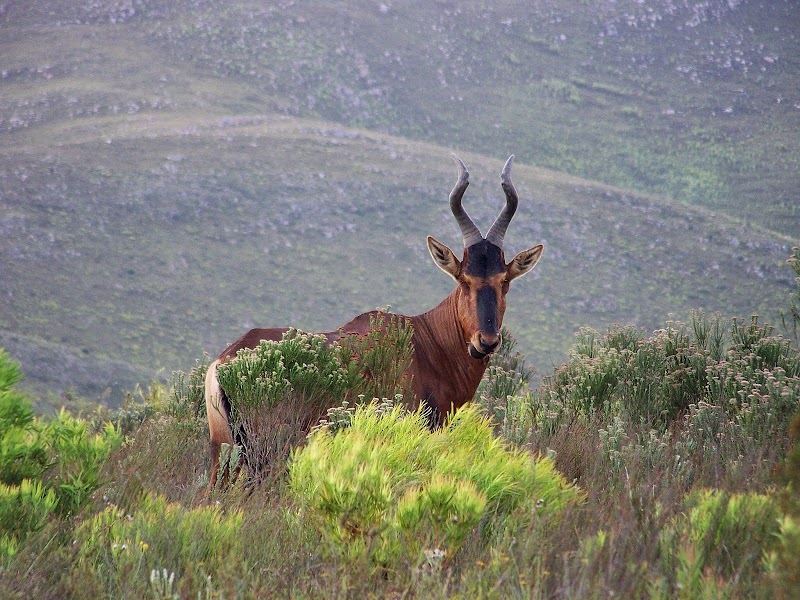 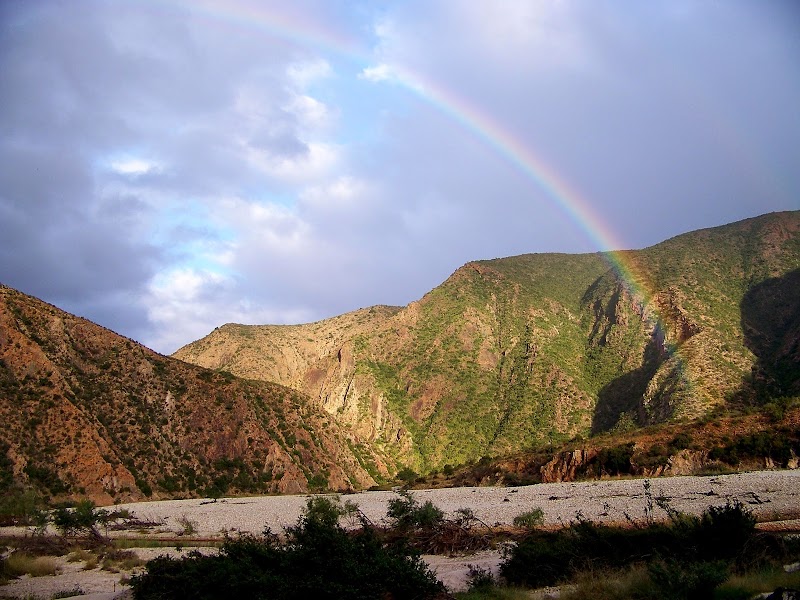