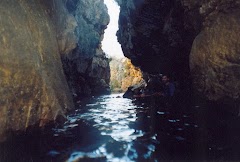 Visgat. Ever since someone had told about this secret place I had wanted to go there. Finally my chance came – a “probationary” trip with the Stellenbosch branch of the Mountain Club of SA (“probationary” because I have to complete 3 trips before my membership application is accepted). 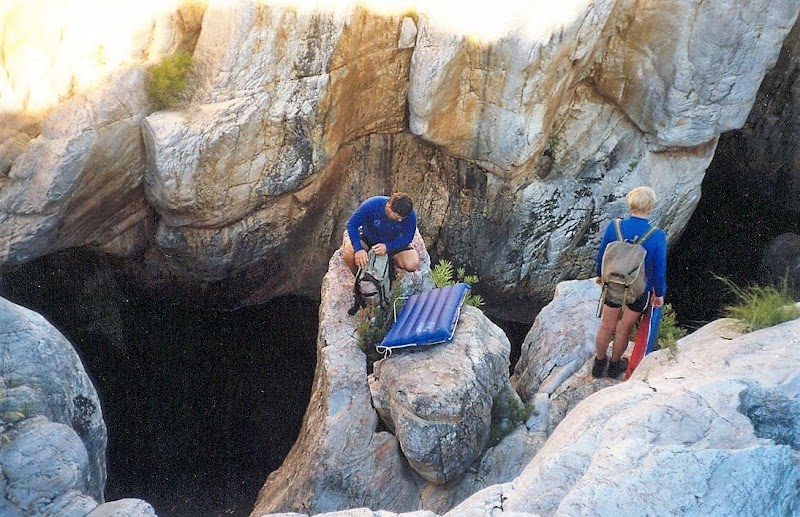 Visgat is near the headwaters of the north-flowing Olifants River. It falls within private land and is a Natural Heritage Site, a protected area status that private landowners can apply for but that is not legally enforceable under South African law, and thus offers no statutory protection. Why is this an issue? Because as a biodiversity report on the Western Cape’s rivers shows, Visgat harbours some of our 18 threatened, mostly endemic, freshwater fish species and is an almost-pristine remnant of Cape river systems. 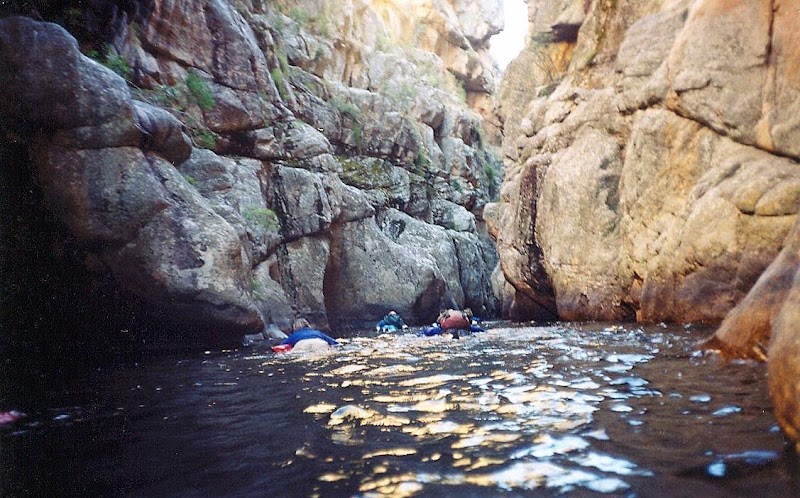 Besides that, Visgat is a fantastic kloofing experience with long swims through blackwater pools beneath sheer cliffs that cut out the sky.

The kloof trip from the last farm to Boskloof can probably be done in a single day, albeit quite a strenuous day, depending on the water level. We did it over 2 days, walking back to the start after day 1 and camping at the Van Huffels’ farm, and then starting next day from the pool where we exited. We then walked back from Boskloof. 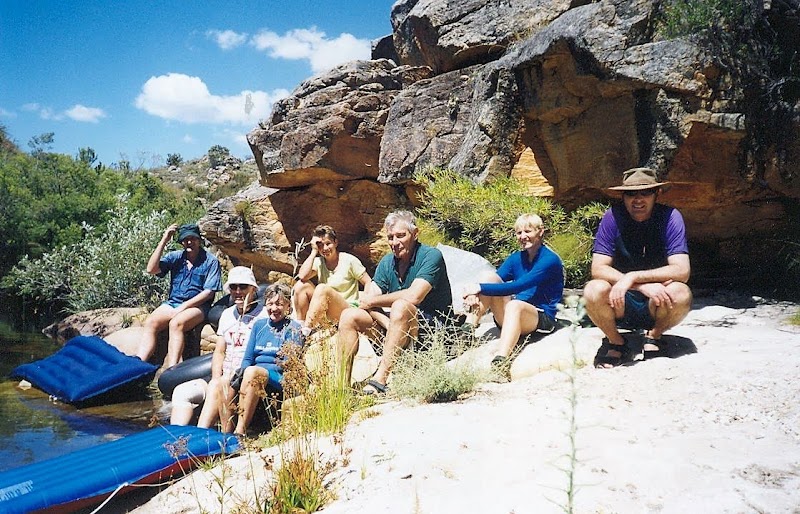 Access is strictly limited by the landowner, which is a good thing. But you have to be a member of the MCSA to gain access, and even they have to negotiate carefully. So I am aware of being one of a privileged few who get to experience some of the Cape’s great wilderness. 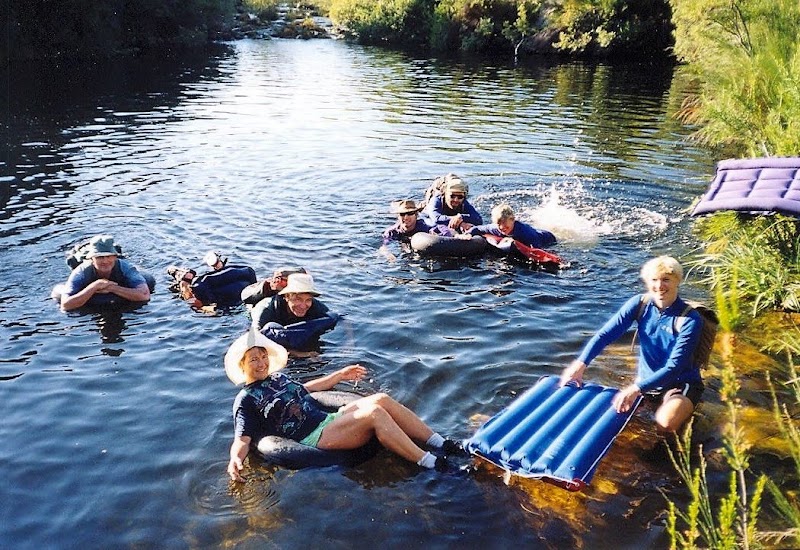