Boesmanskloof: Hiking from Greyton to McGregor and back

There have been a few attempts over the last 150 or so years to build a road through Boesmanskloof between the towns of Greyton and McGregor (formerly Lady Grey).

The road would link the Little Karoo with Cape Town via Robertson, McGregor, Houwhoek and Somerset West. All attempts either foundered because of lack of funds or war – in this case World War II – although an attempt was made to complete the pass using Italian prisoners-of-war, but that request was denied.

Remnants of the pass road – “the road to nowhere” – are visible at the top of the kloof near De Galg (“the gallows”) and form part of the hiking trail. The upshot is that, instead of sharing it with cars and trucks, hikers can enjoy at least one of the Cape’s beautiful kloofs in splendid  silence. Not even bicycles are allowed here.

Although I have hiked Boesmanskloof in one direction from De Galg to Greyton, generally hikers walk from Greyton on the first day, overnight at De Galg and walk back to Greyton on the next. The hike is relatively easy for experienced hikers, between 12.5 and 14.5 km in length in one direction depending on where you start/end and the route (picturesque or the historical pass road). Although the trail only rises about 500m over this distance, the total accumulated elevation gain is closer to 900m. De Galg has an equipped kitchen, a braai area, a hot shower and the owners will even provide bedding and groceries for a fee, so that your pack could be really light. There are excellent swimming holes at Oakes Falls, about two-thirds of the way up. 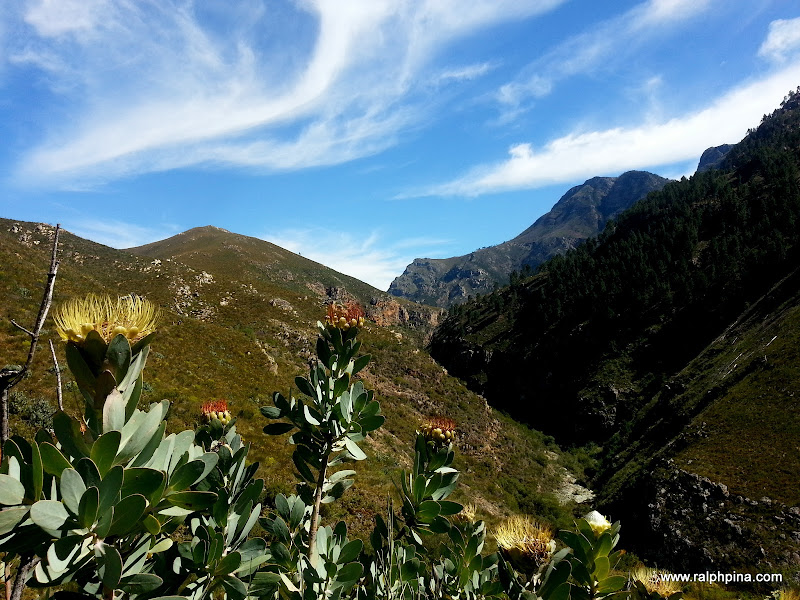 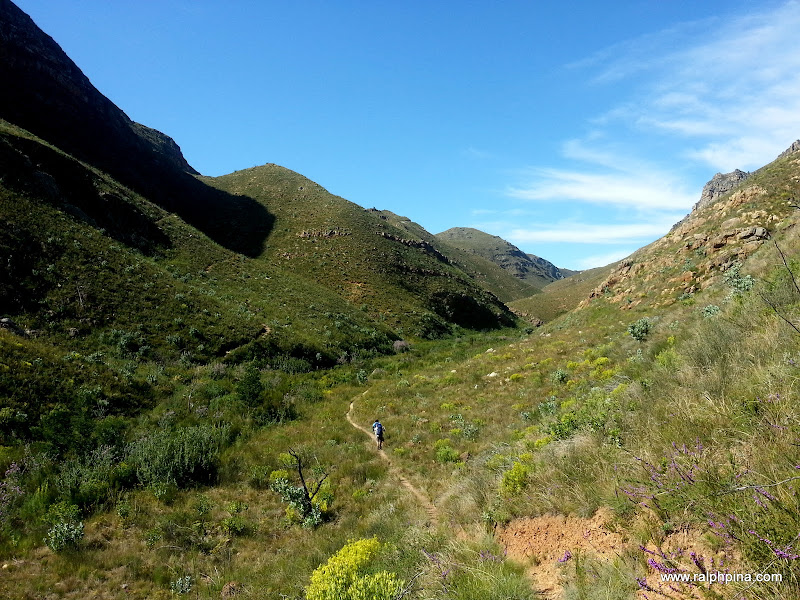 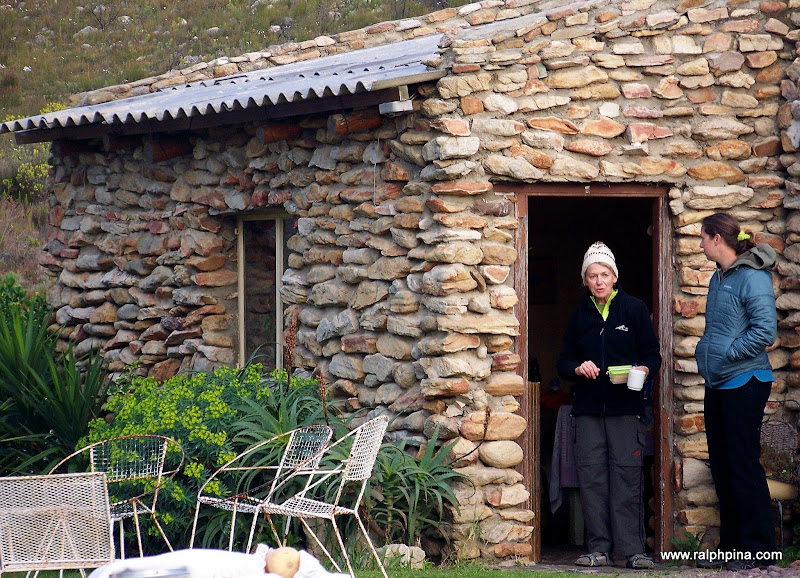