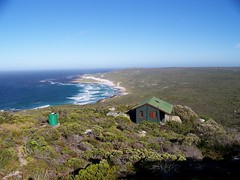 The Cape of Good Hope Trail starts at the main gate to the Cape Point section of the Table Mountain National Park, and ends there 33.5km and two days later.

Day 1 features a spectacular walk down the False Bay coast. There are commanding views across False Bay and over the peninsula south towards Cape Point. The distance is only about 13km, depending on the route option one takes at Kanonkop. But spend time lingering on the peaks and investigating the shoreline.

Overnight in one of three huts near Cape Point. We stayed in Erica Hut, which was part of the Dias Battery Observation Post in World War II. As you can guess, the views towards the north and west from the hut and the nearby emplacement  are unhindered and command the Atlantic coast as well as the peninsula to Table Mountain in the distance.

Day 2 is far longer, about 20.5km. It follows the Atlantic shore and offers none of the rewarding views of day 1. Points of interest at the Hoek van Bobbejaan include ancient Khoi-San shell middens and the wreck of the Phyllisia (1968). When we walked there the area had been scorched and it was hot work. When the veld recovers, the fynbos will offer rich, flowering rewards.

Download the Google Earth trail track, or view the 3D map below: 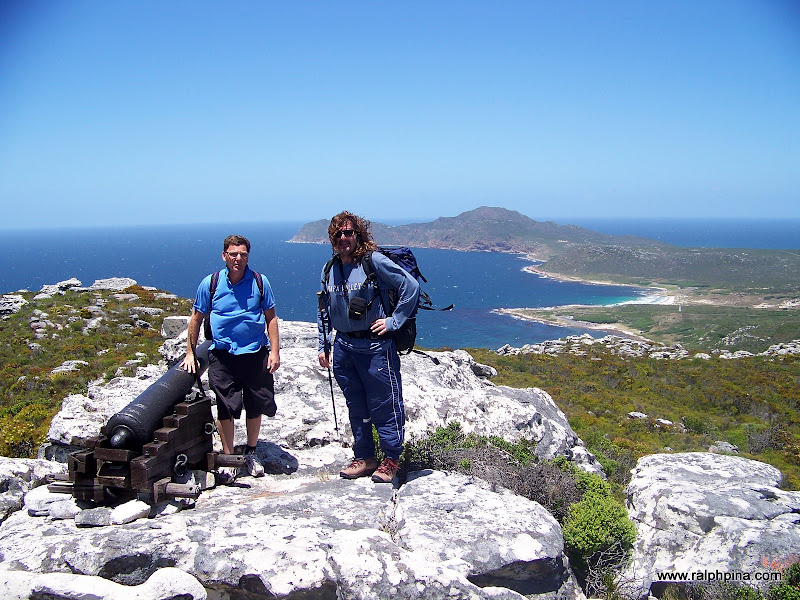 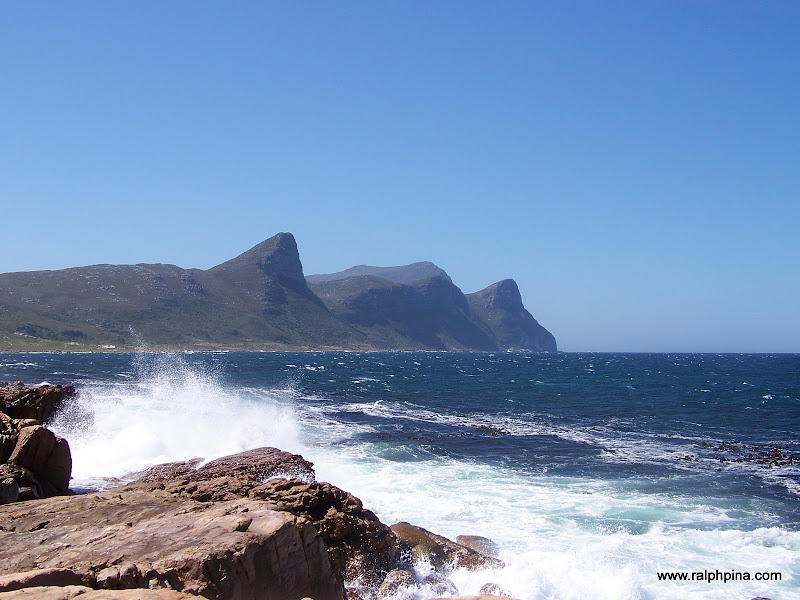 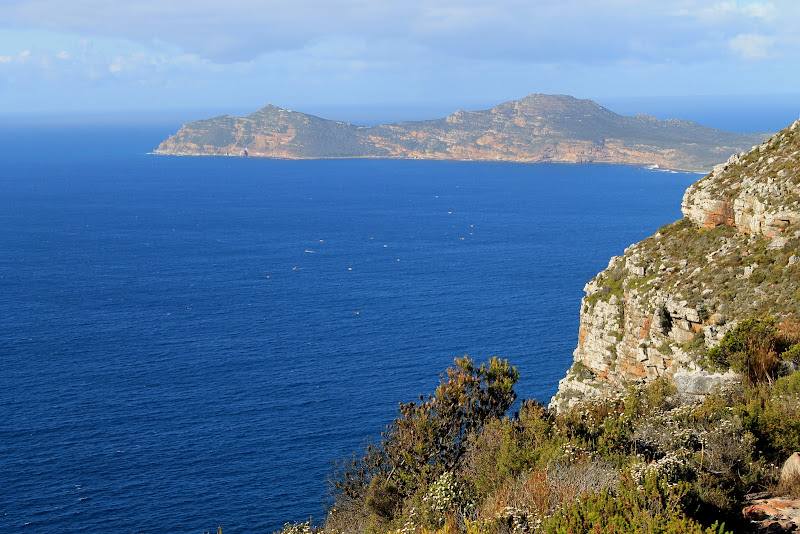 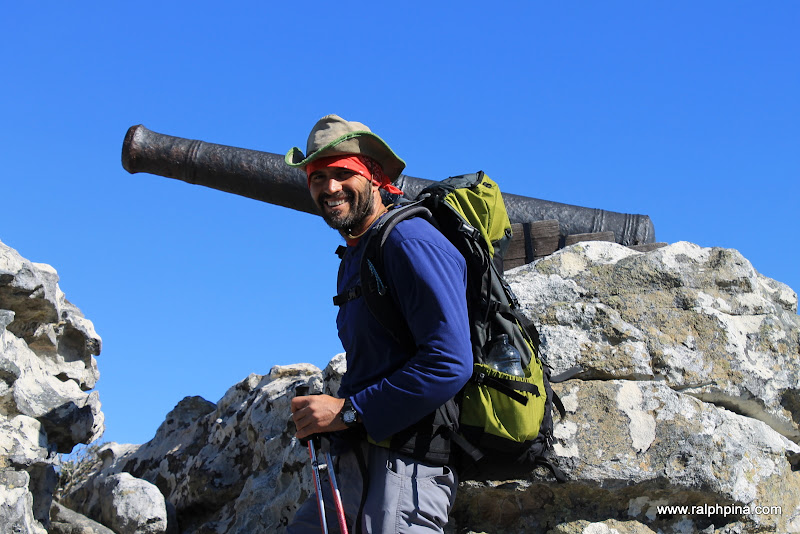