Kayaking at Kraalbaai and Langebaan

Well, it’s not quite hardcore kayaking. Sometime in 2002 I had tired of waiting for wind that sometimes never comes during twenty-nine or more years of windsurfing. Now there was an alternative.

Kraalbaai is also one of my favourite places. It is located in the West Coast National Park and is the site where 117 thousand-year-old human footprints were recently discovered. We have stayed on the Park’s houseboat many times before it was privatised. It’s a great base for kayak trips. The lagoon, a Ramsar wetland site, is a big expanse of water where one can paddle plenty of km’s.

The 3D map shows the track of a paddle further out in the bay:

If the track doesn’t appear in the window above or you don’t want to install the plugin in your browser, then download the Google Earth Langebaan file and view it in Google Earth (download Google Earth)

Calm days are unusual for the west coast in late spring and summer – usually the southerly kicks in at midday like clockwork, making Kraalbaai a favourite dragstrip for mellow, older windsurfers and their families. I can remember pioneering windsurfing here when I lived nearby during the early eighties. Then there would be two of us sailing in solitude… 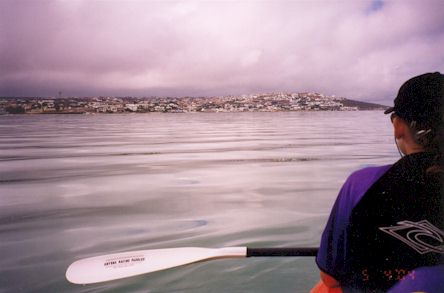 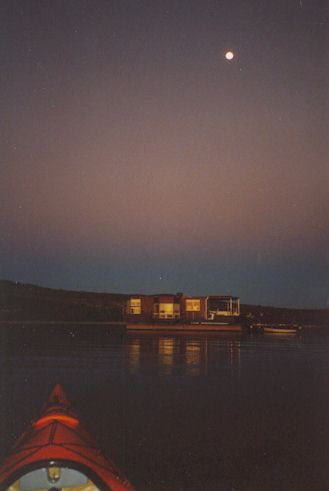 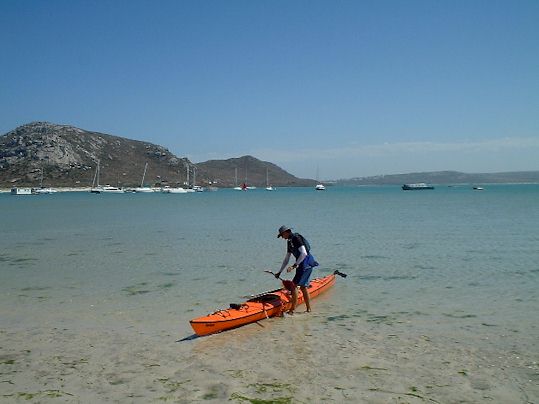 On the beach at Kraal Bay