As you know African rhino are under unprecedented, murderous assault. 448 rhino have been lost to poachers in South Africa alone during 2011 and SA National Parks has admitted that it is under siege and overpowered. I photographed this rhino near Lower Sabie in 2006. The chances are good that it is no more.

Planetsave has provided perhaps the best overview of the situation that I have read, so no need to repeat the tragic story here.

Like most of you I am filled with impotent rage. We gnash our teeth virtually on Facebook, Twitter and Google+, we  express our outrage in social media threads and around the braai, but all this does little to change the situation. Rather, it almost amplifies our impotence.

Clearly, the longer term project is to diminish demand by changing attitudes and fighting superstition in the East, but the urgent things to do now are to protect the remaining animals, hunt the poachers and hit the syndicate bosses, distributors and their co-conspirators in the bloody chain. This requires money; it’s a funding race.

As few of us are able to do something practical besides sign online petitions, the best practical action that we can take is to DONATE to organisations that are in a position to do something. But when you go into it, you are overwhelmed by the number of NGOs and conservation agencies clamouring for your attention – and of course the inevitable scams.

So I decided to do a little research myself and I share some of it here in the hope that it helps you make an easier decision about where to donate so that your money has the maximum effect.

As a local, I would either want to donate to a local conservation agency such as SA National Parks or Ezemvelo KZN Wildlife, or to an NGO that has local knowledge, a local presence, credibility and the capability to invest the money in effective rhino conservation programmes.

So, let us take the conservation agencies first. SA National Parks is the custodian of most of our rhino. Its Kruger National Park has been hardest hit and it needs all the money and help it can get. Funds seem to be raised via the SANP Honorary Rangers association in concert with a Volkswagen dealer, Unitrans, who will donate R500 to the honorary rangers for every vehicle sold. The funds will be used to equip SANP rangers with vehicles and equipment to fight poaching. If you’re not planning to buy a new VW or Audi any day soon, then the best way to fund the SANP is to visit the national parks and pay the conservation fees with a smile. The latter is the best type of holiday too, especially the wilderness trails. 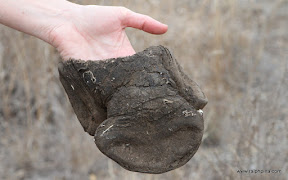 I would not donate to Ezemvelo KZN given their misguided attempt to raise community conservation funds by auctioning a rhino hunt (!). If a conservation agency can so lack imagination and judgement that it can sanction the killing of a rhino for sport at a time when the species is under threat, then they can’t be trusted with our money. One could argue that they can’t be trusted with our rhino either … It is particularly sad that a body which can be credited with bringing rhino back from the brink of extinction in the ’50s and ’60s is now so bereft of leadership. But, by all means, please visit their reserves!

The next option is to donate to an established conservation NGO in South Africa with a track record, a plan and the critical mass to make a difference. Three immediately come to mind: WWF-SA, the Endangered Wildlife Trust (EWT) and the Wildlife and Environment Society of South Africa (WESSA). Each has a programme or initiative for rhino conservation to which you can donate:

All of them include elements of securing rhino through training and equipping of rangers and providing support to conservation agencies. The EWT has skilled field workers on the ground and focuses on fieldwork, research and engagement. WESSA supports, lobbies and educates, has been around since 1926 and is able to warn about rhino charity scams if you are not sure. WWF goes beyond equipping and training to work with the authorities to “improve forensic investigation of rhino crime scenes and improve the knowledge and skills of the people who prosecute rhino crimes. With TRAFFIC, WWF engages the Vietnamese and Chinese governments to address Asian demand for illegal rhino horn”.

If you are a US citizen, then the Florida-based International Rhino Foundation is an option. It focuses exclusively on rhino conservation and claims that 85% of funds go to field programmes in Africa and Asia. Fund leakage is always a concern with large NGOs, so that is good to know.

UK citizens can consider Save the Rhino International which also focuses exclusively on rhino, but specifically rhino conservation in the wild. It finds and supports long-term rhino conservation projects that are run by other NGOs or agencies, and has a cool feature which allows you to select a project in a particular country or region – for example: Operation ‘Stop Poaching Now’ Appeal – South Africa > Anti Poaching and Monitoring.

I hope that this is of some help. Please give generously!